A G-Shock inspired by the out of doors 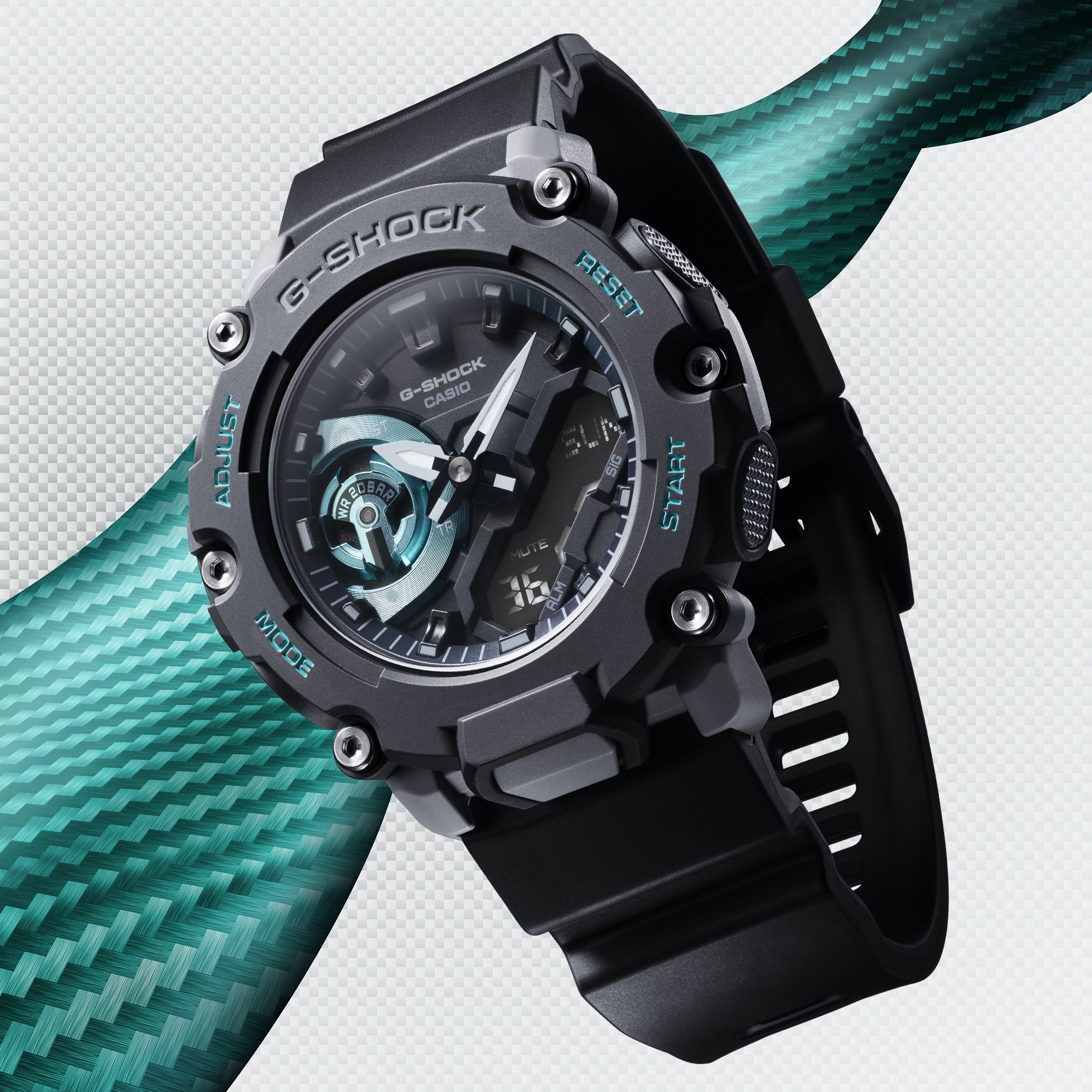 At least, that’s what the marketing materials would have us believe. Reading through it, these newCasio G-Shock GA2200 really are only calling to mind the outdoors via the colors they’ve used (which I can see on the blaze orange version). Then again, there isn’t a thing wrong with taking a G-Shock with you when you head out into the woods, at least in my book.

Then again, maybe theCasio G-Shock GA2200 isn’t the best choice. While I’ve used a variety of watches when I head out camping and hiking, I’ve leaned more towards all-digital watches with extra sensors built in (say, like this one, or this G-Shock). Why? Well, I like knowing how far I’ve gone, for one. More importantly, though, a digital screen is super fast to read outside, day or night, and I’m not worrying about the watch whether I’m on the trail or going into the lake. Not that you’d be worried about these at the pricepoints they come in with.

No, the kicker hear for outdoor usage with theCasio G-Shock GA2200 is the ana-digi display. For some reason, in some of these chunkier G-Shocks, they’ve put some super-tiny hands on them. I guess it’s to not occlude the digital screen, but it just cuts down on the legibility (even with the lume and the built-in lights). At least, that’s for my own eyes. Additionally, with the various functions built in, you’re dealing with a lot of remembering what buttons to press. Here, again, a fully-digital watch would win out. Or even a G-Shock that could communicate to your phone via bluetooth, like this one.

Suffice to say – I’m nowhere near the same book, let alone the same page, with the brand when it comes to thinking of theCasio G-Shock GA2200 as outdoors-inspired. As a rough and tumble everyday watch? Sure, I get that, and that’s what it’ll work for. Just be sure you’re down with the ana-digi utility (my self, I want 100% of one or the other, not both mixed). The black-encased version of the Casio G-Shock GA2200 runs $120, while the blue and orange variants come in at $130. They have color-matched straps, but don’t tell me those blue and orange ones look ready for some mix-and-match combos. gshock.com

G-Shock’s 40th has sent up flares