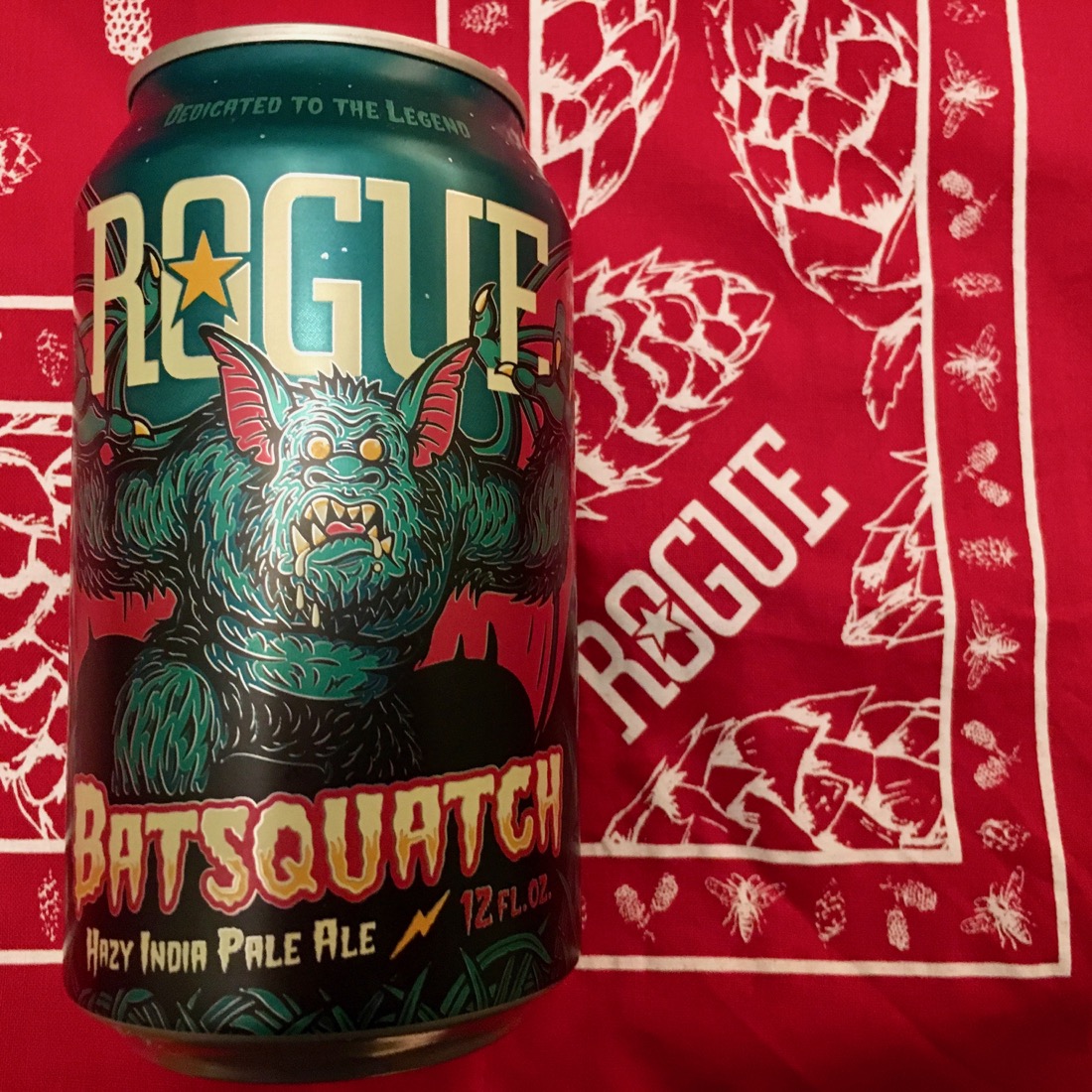 Our last Afternoon Beer Break seemed rather well-received, so we’re back with another edition (and do foresee this continuing on).  In the last shipment we had in from our unofficial official beer of WWR, Rogue, we had to varieties come in.  We had the Rogue Outta Line, which we reviewed the other week; today, we’ll cover off on the other one that came in, the Rogue Batsquatch Hazy IPA.

Long-time readers will know right off the bat why I was drawn to this particular release.  It’s the Bat, of course!  Here, the Batsquatch is not the fearsome Man-Bat villain that Batman faces off against.  Rather, it’s a tasty treat that brings a little bit of haze to the equation.

What is a hazy IPA, you ask?  Well, the IPA part of it is straight-forward – it’s an India Pale Ale style, which in today’s parlance, means a generally hop-forward sort of a tipple.  As to the hazy part, there’s a good bit of science on it.  IF you like, you can check this article out over at Beer Advocate that explains it.  The short version is this:  there are compounds in the malt and the hops (which, in IPAs, are added late in a dry-hopping step) that causes the haziness.  While this could be filtered out, the filtering step would change the flavor profile. So, for certain recipes, the brewers decide NOT to filter things, specifically to keep the flavor they are going for.  This isn’t to say that a hazy IPA is any better (or worse) than a clearer style of IPA – it’s just different, and something different for your tastebuds.

In the case of the Rogue Batsquatch Hazy IPA, this definitely gives you a bit more of a citrusy feel.  While the flavor star on the side of the can points it in the tropical direction more heavily, it was citrus for me.  There were some hints of the tropical, and I definitely picked that up more the first few times I tried a hazy IPA here.  Just not quite as predominant with the Rogue Batsquatch Hazy IPA, in my tasting notes.  Those worried about the bitterness that excessive hopping can bring to the party can rest easy, as I did not find the beer to be particularly bitter (and the flavor star backs that up).

Combine in the nose of the Rogue Batsquatch Hazy IPA – which is clean and crisp – with the flavors, and this is a beer that, frankly, is good any time of the year, but seems to call out for some warmer weather.  Or, at least to be tucked in close to a roaring fire while you shelter out against those strange roars off in the deep forest (is it the Batsquatch?).  As with the Outta Line, you should be able to find the Rogue Batsquatch Hazy IPA at your local shop for $11.99 for a 6-pack. As for me, this is definitely in my Top 3 from those daring crafters out in  Oregon.  rogue.com