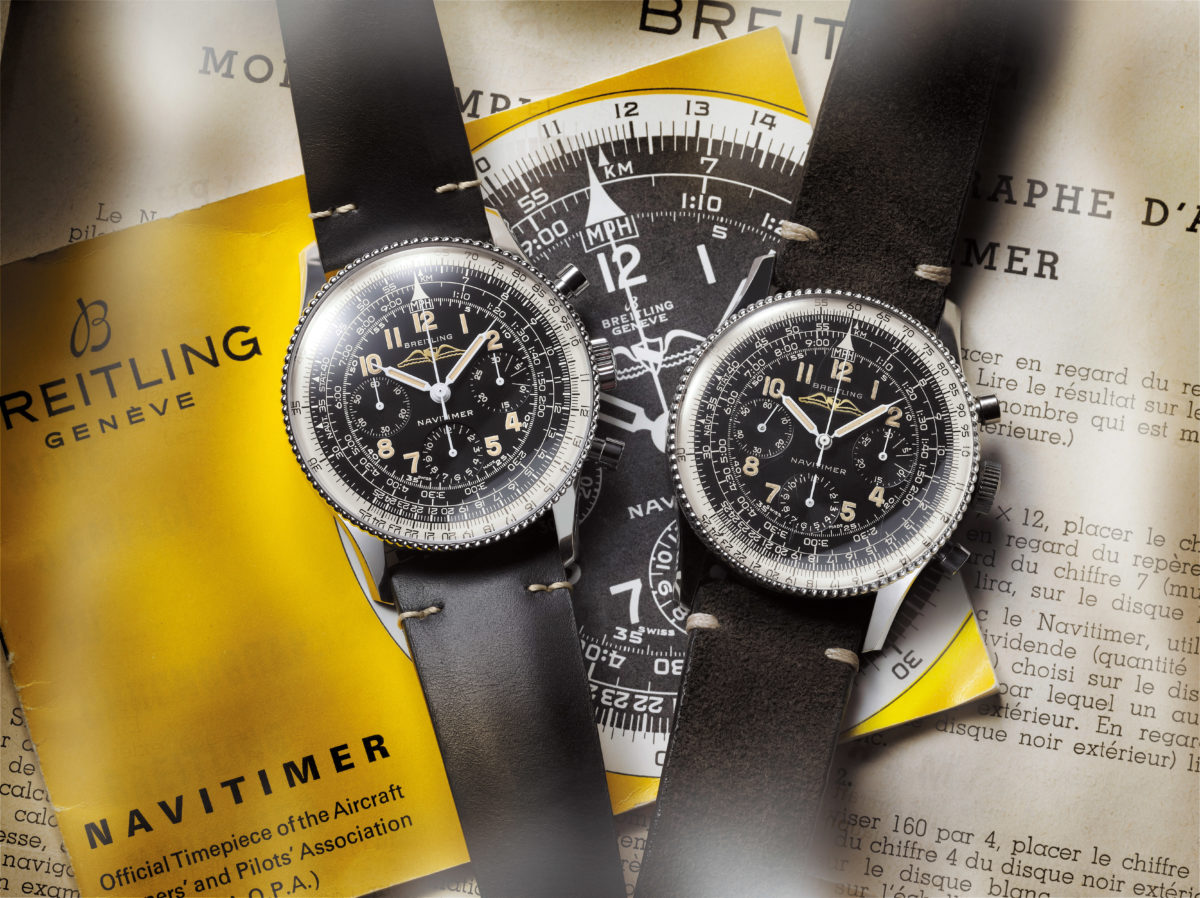 Breitling has just announced the reissue of a classic chronograph that define an entire genre of watches. The Navitimer Ref. 806 1959 Re-Edition is a classic pilot’s chronograph with slide rule that remains almost 100% to the original design.

The re-issue is almost indistinguishable from the original Navitimer and features little additions that ensure it is just like the original. The Breitling team even set the number of beads around the dial – those little raised bumps – to 94… exactly the number in the original 1959 edition.

First developed in 1952, the Breitling Navitimer is not only the most iconic of all Breitling wristwatches but also one of the industry’s few true legends. This twentieth-century classic remains popular in the twenty-first century, more than 65 years after it was first launched to meet the needs of a growing commercial and recreational aviation market. Thanks to a circular slide rule enabling the wearer to make all critical calculations they might need when in the air, the Navitimer was quickly adopted by pilots and especially favored by the Aircraft Owners and Pilots Association (AOPA) in the US. Its status would be further enhanced in the 1960s when it was worn by cult figures such as jazz great Miles Davis and Formula 1 champion Jim Clark.

The Breitling Navitimer Ref. 806 1959 Re-Edition has been created with painstaking attention to every detail of the 1959 Navitimer design. Like its inspirational ancestor, it has an all-black dial with tone-on-tone subdials and, recreating one of the signature elements of the original Ref. 806 in 1959, the dial is adorned with a Breitling inscription in capital letters and an unsigned winged logo. A little-known fact is that the unsigned winged logo was used for the European market, while the watches sold in the US had an AOPA-signed logo.

The piece is 40 millimeters and runs a Breitling Manufacture Caliber B09. It will cost $8,600 and come in a limited run of 1959 numbered pieces.