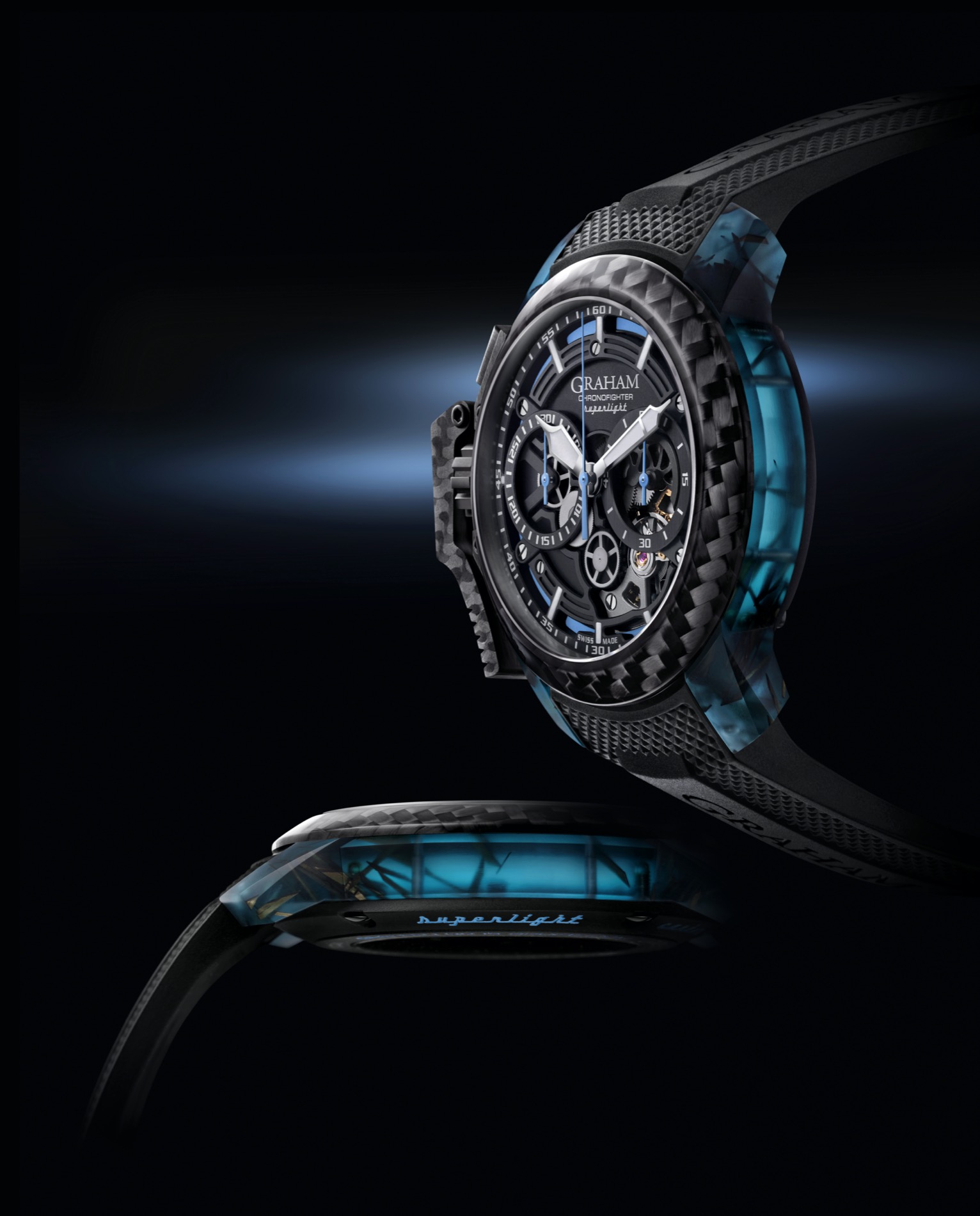 Graham, I think it is safe to say, is a bit of a polarizing brand. Certainly, they turn out some high-class watches (such as this one), and their trigger mechanism for the chronograph is an icon for them. But that same trigger, and their generally larger cases, can push some folks away. Not the least of which would be the weight of a 47mm steel case. Well, these new versions of the Graham Superlight Carbon Skeleton Translucent certainly take that argument away.

At just under 100g, the Graham Superlight Carbon Skeleton Translucent is even lighter than that relatively light 42mm version that we reviewed way back when. So, while it’s a large watch, it’s not one that will weight you down. That’s helped in large part by the resin case (in either blue or green) along with the carbon fiber used on the bezel and the trigger. Sure, the resin won’t be quite as protective as steel, but these are the sorts of watches you’re probably not banging around with doing yard work.

On the dial side, the Graham Superlight Carbon Skeleton Translucent is partially skeletonized. You’ve got bits and bobs of the movement showing, but not so much it distracts from the time. The hands are also well-sized (and lumed) so this looks like one skeleton dial that I wouldn’t actually complain about (too much).

While the movement is slick, and the lightness of the Graham Superlight Carbon Skeleton Translucent is great, I really think it’s those resin cases that make this watch sing. With how light can shift and play through it, it’s almost like the whole watch glows (hmm, there’s an idea, mix some glow powder in the next batch of cases), really making for a colorfully showy package.

Still, as with other Graham watches, that peacocking doesn’t come cheap. So, this becomes a watch that is more for those jetting off to warmer climes for boats, beaches, and driving expensive cars. Us up north, perhaps not so much. Still, doesn’t mean I wouldn’t mind having one on the wrist some summer day. Whatever your weather scenario, if you want to get one, it’s available for $13,450 directly from graham1695.com

The Graham Chronofighter Vintage Aircraft Ltd is taking off

Everybody was Chrono-fighting… those cats were fast as lightning…