Frederique Constant, the Monolithic escapement, and what’s up with silicium escapements, anyway 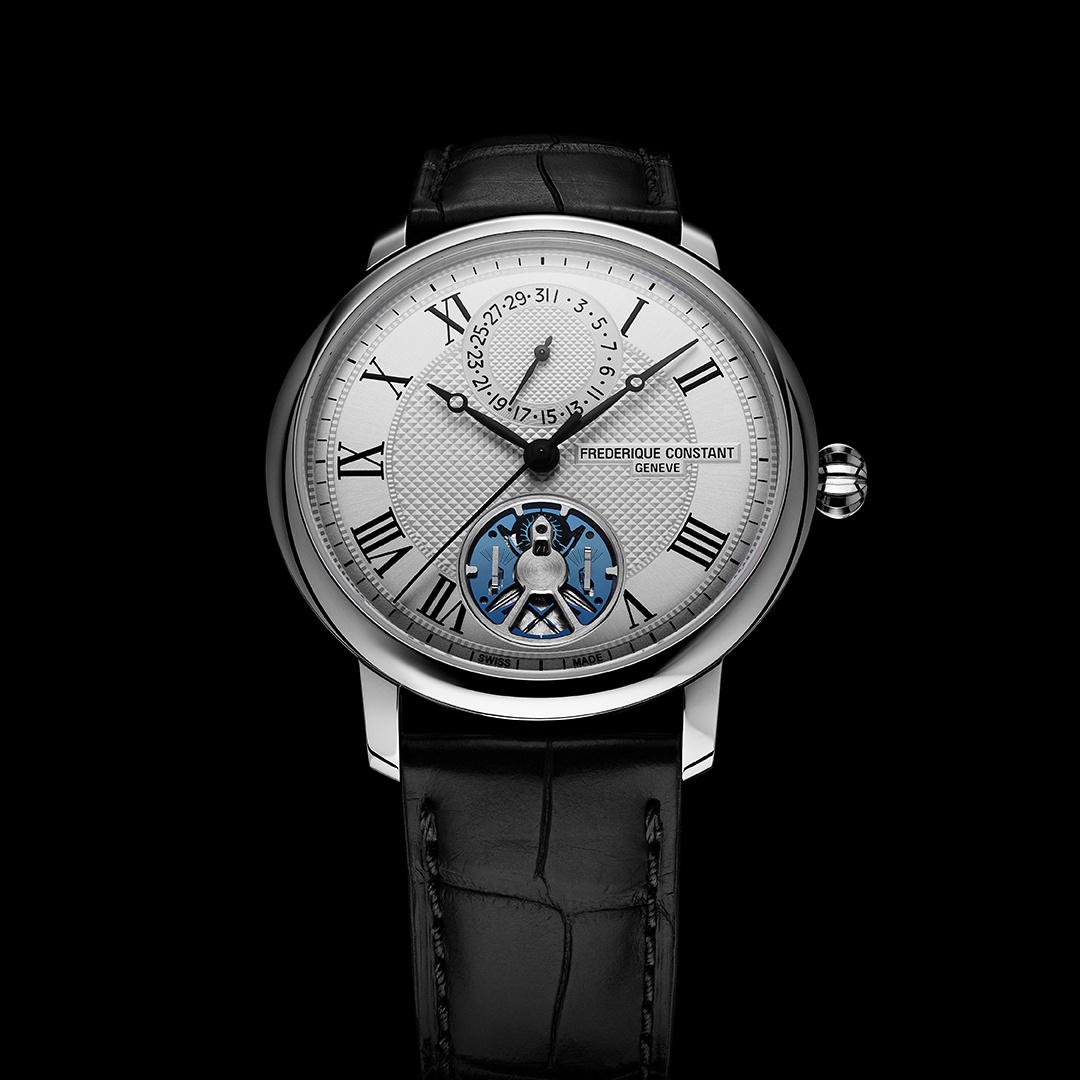 Frederique Constant, the Swiss watch manufacture that along with Alpina is owned by Citizen, have just announced that they’re doing away with the balance and hair spring in a new movement, and replacing it with silicon, called the Monolithic escapement. It’s a little more involved than that.

What is a silicon escapement

The two problems an escapement has are, they’re susceptible to temperature changes, and they can suffer when shocked, like in a drop. Traditional balance spring escapements can use different metals to try and solve for those problems, or silicon, but the balance wheel pivot points mount the same way and are still subject to shock. It also means that the movement is more resistant to magnetism.

What have Frederique Constant made

Frederique Constant announced a new manufacture movement, the FC-810. The FC-810 replaces the balance wheel with a much more simplified silicium escapement. Instead of a fragile pinion, it oscillates in an escapement bridge.

To adjust it, there are two counter weights that are easily moved outward to slow the escapement down, or inward to speed it up. Frederique Constant calls it the monolithic regulator escapement, because it’s basically three pieces: the monolithic wafer, two weights, and a silicon gear.

FC runs it at 40Hz. That’s an exceedingly high beat. Normally, you’d have to increase the mainspring to have long power reserve at the faster beat. Here, FC use the same mainspring as used in every other movement.

In order to handle the higher frequency movement, they’ve had to add a fourth gear to the gear train. The 80 hour power reserve is a by-product of the more efficient escapement.

Who else has made the silicon escapement

Rolex employee Nicolas Dehon came up with the concept of the constant force escapement by flexing a train ticket, and seeing it oscillate, snapping between the two compressed positions. Initially, he used Nivarox (metal) to make the spring while at Rolex, but then shifted to silicon when Nivarox proved unworkable. As few as 20 pieces were made, prototyping the escapement. This was the prototype escapement caliber 7230, made in 1998 or 1999. It was named Project ELF for echappement, lame (blade), flambage.

G-P had one of the earliest silicon escapements that was completely different than the traditional balance spring. Designed by Nicolas Dehon, the discovery was made by flexing a train ticket card, and seeing it snap between opposing directions. G-P called it the constant force escapement. Dehon started this work at Rolex. When Rolex lost interest, he continued it at G-P.

How did G-P get to do this when the work was begun at Rolex? Did G-P know of the work before Dehon came to them? He answered this in an interview to Monochrome:

The Zenith Defy Lab movement went a different direction, making every part of the movement out of silicon, and trying to combine as many parts as possible, so that the movement is simplified. Made in limited numbers, it was an amazing movement, but hasn’t made it to widespread mass production.

ETA got in on the act, but didn’t make silicon escapements the way the others did. Instead of using a replacement for the balance wheel and hair spring, they used the traditional balance wheel with a silicon hairspring. That probably sounds old and stuck in their ways. But, this is watchmaking, where doing something reliable means not having to work out the bugs.

This isn’t a surprise. The traditional pallet escapement is about 300 years old. It’s expected that a new development might take 10 years to really make perfect.

Why is this different than what’s been done before?

This escapement is a module that fits in place of the traditional balance wheel. It’s not a complete silicon movement like the Zenith, and it follows a much more traditional design instead of the G-P. Basically, it’s the first time that a non-traditional silicon escapement has been in the $5000 dollar price range, and it’s possible because the movement isn’t radically different from traditional movements, even though it has the additional wheel.

Hasn’t 80 hours power reserve been done, why is this special?

The ETA Powermatic 80 has 80 hours power reserve. How they accomplish it is completely different. ETA does this by the greater efficiency of the silicon spring, but also by lowering the beat rate from 28,800 to 21,000 beats per hour.

This highlights how incredible the FC accomplishment is, that they’re able to use the same mainspring, increase the beat to 40Hz, 10x the normal 38-hour power reserve ETA, or 13.3 times as fast as the Powermatic 80, and still have 80 hours of reserve.

What’s the FC-810 movement available in?