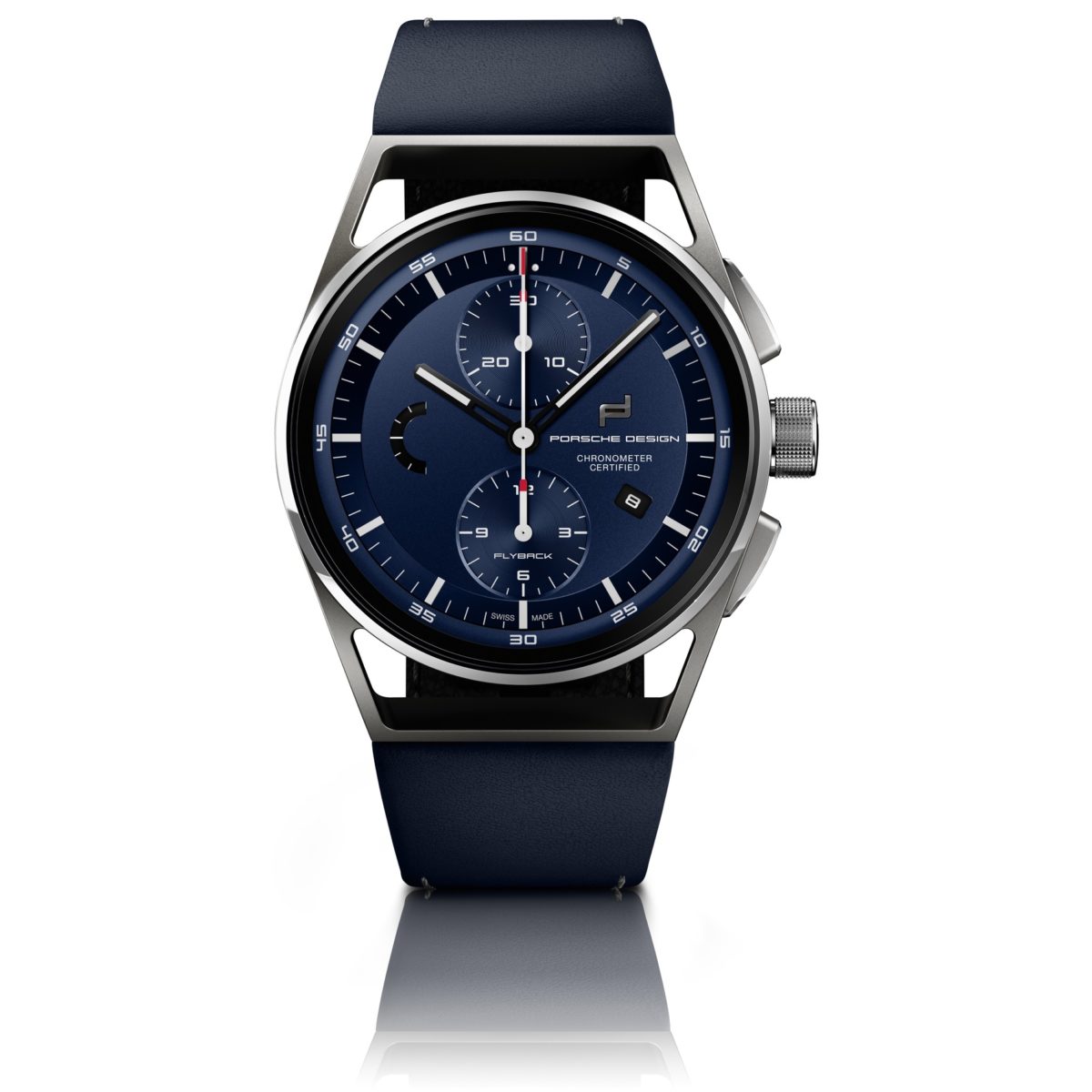 It wasn’t all that long ago that I dipped my toes in the proverbial Porsche Design waters when I wrote about them here. Well, they just released another model in the 1919 lineup that I’ve a feeling will appeal to folks out there who consider themselves fans of chronographs – the Porsche Design 1919 Chronotimer Flyback.

Unsurprisingly, the Porsche Design 1919 Chronotimer Flyback definitely has the look and feel of the prior 1919 I wrote about. This comes in via the form of the case, which has the same “floating lugs” look to it that visually isolates the case from the strap. Of course, inside of the case, you’ve got something quite different going on. This chronograph is not new to the lineup, but it does definitely bring a new color (of which I am a fan) to the fore.

Here, of course, it’s a shade of dark, dark blue (which presumably would be lighter in various lighting conditions). This allows the white of the indices and handset to stand out in stark relief. It also allows something to happen that I rather like with a chronograph – the subdials can sort of melt into the background, make it look less like, well, a chrono. Sure, those pushers sticking out of the titanium case give things away, but you can visually treat them as crown protectors as well (which, given how tall that crown is, looks like it could use them that way).

In many ways, this Porsche Design 1919 Chronotimer Flyback has a lot going for it just like the Tutima I recently reviewed – it’s lighter weight (due to the titanium and the strap, rather than a bracelet) and you’ve got a chronograph that’s a sleeper version of a chronograph. Though, you know something is hiding there given how thick it is (almost 15mm). Then again, you need some room for all of the engineering that went into their in-house movement as well.

So, while I’m still very much not a chronograph guy, this Porsche Design 1919 Chronotimer Flyback – at $6,350 – is not one that I’d be upset about having to put onto my wrist. I mean, aside from the big design details, look at the smaller things. For instance, the date window – it’s rotated to where it doesn’t cut into any other elements, and it’s color-matched. Or the running-seconds indication – it’s there, over on the right, subtle, but enough to let you know that things are running. In short, there’s a lot to like, and now you’ve got at least two high-end titanium chronographs to consider – the Porsche Design 1919 Chronotimer Flyback being your automotive-inspired one, of course – complete with Porsche leather on the strap. porsche-design.us