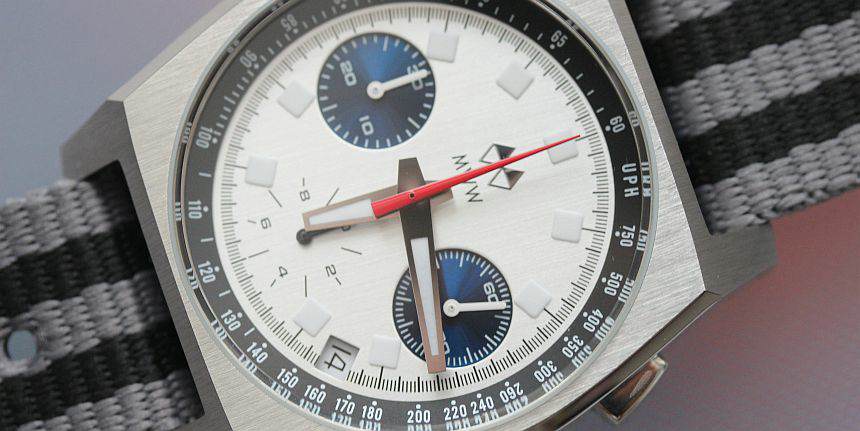 As you saw the other week, a crowd-funded project caught John’s eye. He wrote up the Manchester Watch Works Morgan, while (unbeknownst to him) a prototype of one of those very watches was winging its way my direction. I have spent a little bit of time with the watch, and now it’s time to give you my impressions of the watch. I will say that, right off the bat, the Manchester Watch Works Morgan is really not a watch for someone like me. Why is that? Well, it is because I really do not have a use for chronographs. I do not find myself timing things all that much, and when I do, I end up forgetting that I have it running on the watch anyways (I much prefer digital countdowns when I need them, aka the kitchen timer). Even so, I was cautiously intrigued. This is because the Manchester Watch Works Morgan is in a style that I have not had much exposure to, that being the racing chronographs of the 60s and 70s. This is easily identifiable by the shape of the 40mm case, first and foremost. Thematically, it continues with the “Panda eyes” subdials, the vertical brushed finish of the dial, and the very square applied (and lumed) indices. In short, this is a watch for the guy (or gal) who looks fondly of those automotive days gone by but still prizes modern accuracy.

In terms of the design, I found the Manchester Watch Works Morgan to be rather cohesive. For me, though, the sub-dials actually felt a bit small in relation to the dial size. This is partially due to the positions the ISA 8371/2220 movement imposes, but it’s also a design decision, as it kept the chrono seconds track from being cut off at all. So, while the look may get stuck in my teeth, those subdial sizes certainly have a very functional reason behind them.

I am also a little unsure about the included strap for the Manchester Watch Works Morgan. This is not to say that that nylon straps are incongruent to the era, as they did exist. It just did not seem to fit the watch near as well as a Rallye-style strap would, or even the quilted leather that is available on the project page now. Perhaps that’s just me. That gripe aside, the nylon strap is actually quite nice – it has one of the softer textures I’ve felt on a nylon strap. While I did have a couple of minor things I picked at on the Manchester Watch Works Morgan – and not caring for chronographs – I found the 80g watch to be a decent companion throughout the day. The quartz movement of course kept things tightly accurate, the date display is unobtrusive yet still readable, and the polished handset stands out crisply against the brushed dial. In short, if you into vintage racing, and are looking for an everyday sort of a watch, this could be the one for you.