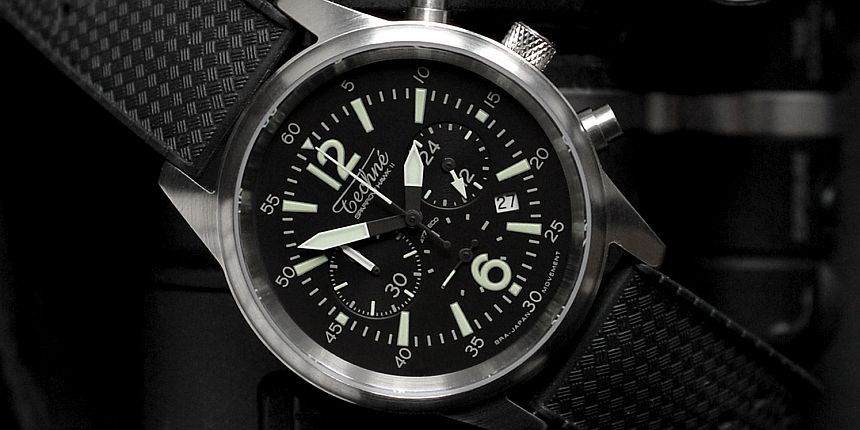 Ever since I was first exposed to Techné (back in 2012) I have been a fan of what the brand is offering – a variety of no-nonsense models with a good mix of styling and affordability. The first watch I spent time with was the SparrowHawk II, and I rather liked the action of the mecha-quartz chronograph. It’s why I chose to write about it again when it was first reintroduced. Well, 38 months have passed since the watch was originally introduced, and the brand decided it was time to introduce a refreshed Techné SparrowHawk II.

Now, why call out something like 38 months? It is an odd selection of a time slice. The reason it’s called out is that there is another measurement coming up 38 – the number of miles between where the original movement was made to where the current one, a Citizen Quartz with a 5-year battery life, is made (basically, opposites sides of Tokyo Bay). While the change to the Miyota OS20 was centered around battery life, I am a little disappointed to see the loss of the mecha-quartz movement. When it comes to chronographs, there is something eminently satisfying about that mechanical click when you engage the pusher. However, with a battery lasting 5 years, the 41.5mm Techné Sparrowhawk II really does become a “set it and forget it” sort of watch. With the steel case and sapphire crystal, it will definitely be ready for whatever you can throw at it, especially if you opt for one of the more outdoors-oriented canvas straps. There’s another perk of the new movement if you are headed off on an adventure. Should the OS20 be subjected to shocks beyond its tested limits, it’s got some circuitry that prevents further damage, and then allows you to recalibrate the hands while you’re in the middle of nowhere.

While I do lament the loss of the Seiko movement, that is not to disparage the Miyota, as it’s an eminently capable movement. As the styling is largely unchanged, this still sets as a watch that I would recommend without issue to someone looking for a military-style chronograph. It’s also pleasant to note that the pricing for the Techné Sparrowhawk II has seen just a slight increase. The collection running between $305 and $335, largely driven by the strap choice. Regardless, I think it still stands as a fine, compact watch that offers a good bit of functionality at a reasonable price. technewatches.biz One thought on “Introducing the Newest Techné SparrowHawk II”