It’s all but automatic that we like the Timex M79 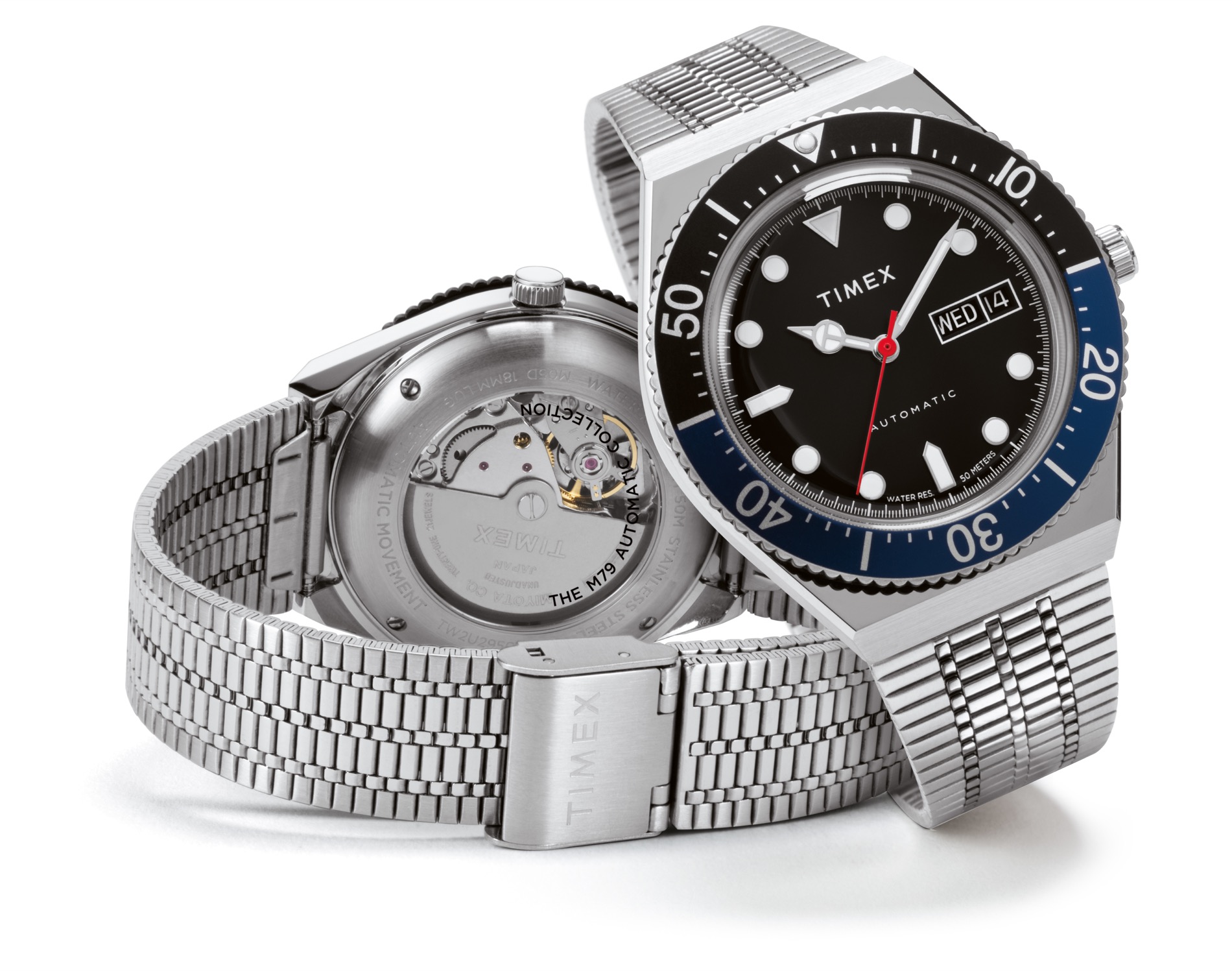 Last year’s Timex reissue sort of caught the watch world off-guard. I mean, sure, it was Timex releasing another quartz watch but man does it look good. The looks caught fire, and it’s been a trickier one to find. Well, Timex knows a good thing when they see it, and they’re continuing on that trend with the just-released Timex M79.

Now, Timex is a brand we all know. In fact, I’m guessing most of us had one at one point or another. But when it comes to folks who are into watches, it’s not a brand that has blipped the radar much, aside from some of the Todd Snyder releases. I think this Timex M79 signifies that we’ve got something we should pay closer attention to.

Here, the Timex M79 follows the looks of the Q Reissue, except that the case has been enlarged, you’ve got the Batman bezel instead of the Pepsi, and you’ve got an automatic movement inside rather than quartz. When this is all wrapped up in a design that’s classic (think sub homage) well, it’s easy to see why this should be a winner.

At 40mm, the Timex M79 isn’t too big nor is it too small. The profile shot makes it look like it might be a bit thick (especially for only a 50m WR rating) but the lugless design of the case should help the bracelet drop off and drape around your wrist. This is a similar “mesh” style that we saw on the Q Reissue, which is a cross between a mesh and a Jubilee. I get that it’s a signature for the 70s roots of these designs, but I’m just not sure it fits the sportier design. If you want the look of an expansion bracelet, that’s what you’ll get, right?

Then again, when it’s coming in at $279 for this model, though, I think we can cut them some slack. If it sells as well as I think it will, I wouldn’t be surprised to see the brand iterate and start to improve. Sure, things like slimming the case and improving water resistance may raise the price a bit, it’s still something that will give us middle-aged guys some pause for thought when we’re considering some random independent watch – me, I find myself gravitating more towards the known – and that is Timex in spades. We’ve inquired about a review loaner to see how this one handles in the real world. timex.com