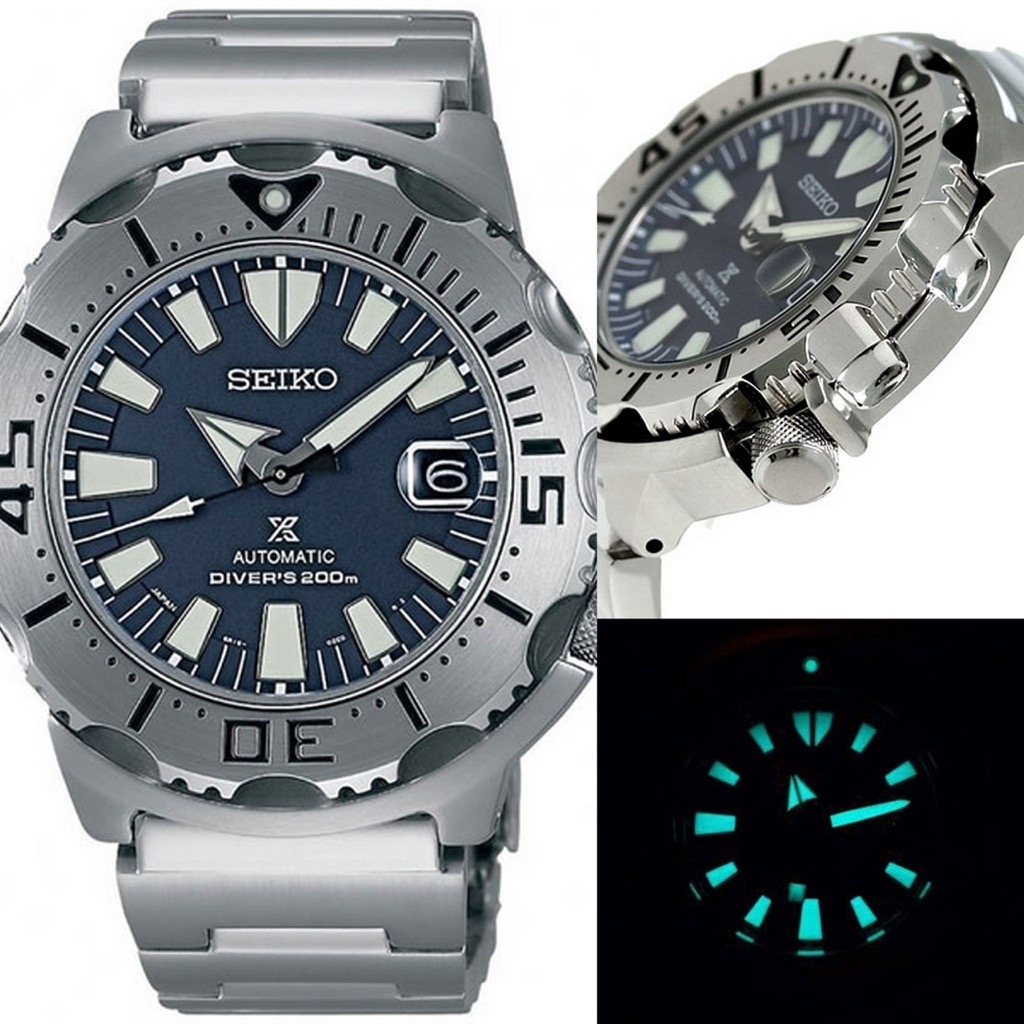 Spoiler alert – that’s going to be totally in the eyes of the beholder.  While we here at WWR are ardent supporters of the Seiko Monster, and most of us have our own (first gen) ones, I cannot say as I’ve followed the evolution of the line all that closely.  That is, until I came across the third generation, aka the Seiko Prospex SZSC003.

Now, I did know that the second generation brought hacking and hand winding to the party, which I saw as a nice, but not necessary, upgrade from the first generation.  The second generation was more about the colors that came along, of which there were nice ones.  With our recent foray into hands-on review of Seiko divers (here, here, and here), I went through the catalog to see what was going on with the Monster.  There, I learned two things.

First, for whatever reason, Seiko USA has nothing for the Monster listed in their Prospex lineup.  As such, my contact there couldn’t get me any more information (or a loaner).  Second, I learned that when I spread a wider net, it was that the third-gen Seiko Prospex SZSC003 is what I would consider a perfect Monster for me.

Admittedly, it was the jade green dial variant that I first stumbled across, and I was captivated by the idea of a cyclops over the date wheel (along with the upgraded movement, sure).  I know the cyclops is a bit of a divisive feature on any watch, but I find myself a fan.  Then, when I came across this blue-dialed version of the Seiko Prospex SZSC003 over at our friends Long Island Watch, well, I was captivated.

Make no mistake – the Seiko Prospex SZSC003 is the Monster we all know and love, with it’s domed Hardlex crystal, LumiBright indices and hands that should glow like a nova, and a 200m WR rating, all topped by the no-nonsense diving bezel.  The obvious visual changes are more of a blasted finish to the case, a smoother crown, and of course the cyclops.

Inside the case of the Seiko Prospex SZSC003 is the 6R15 movement, which looks to be quite a nice upgrade over the original.  Hacking, hand winding, and a power reserve that ups the spec to 50 hours, what’s not to like?  Now, if Victor were writing this article, he could probably give you even more details, but for now, you’ll have to settle for this other wiki page that I found that explains things a bit better.

So, to answer that question in the title of the article. Yes, the Seiko Prospex SZSC003 is the best monster – at least for me.  For a rugged dive watch, the Monster is surprisingly compact (and versatile), and this latest version with the blue dial and cyclops is, well, firmly in my wheelhouse.  Given that Seiko USA can’t get these, you’re going to be on a hunt for them.  As I mentioned a bit earlier in this article, our pals over at Long Island Watch do actually have some, with a price tag of $625.  Yeah, that’s a jump from what we’re used to with Monsters, but Seiko in general seems to be taking things upmarket.  Add in the upgraded movement, and relative rarity, and yeah, you’re getting some price tag bumps.  In my book, it’s worth it, and I am sorely tempted.  Sorely tempted, I tell you.  They’ve only got the one, though, so if you need an idea for my birthday later this summer…  longislandwatch.com