MEW Hydroforce X1: with a name this tough, you need a watch to match 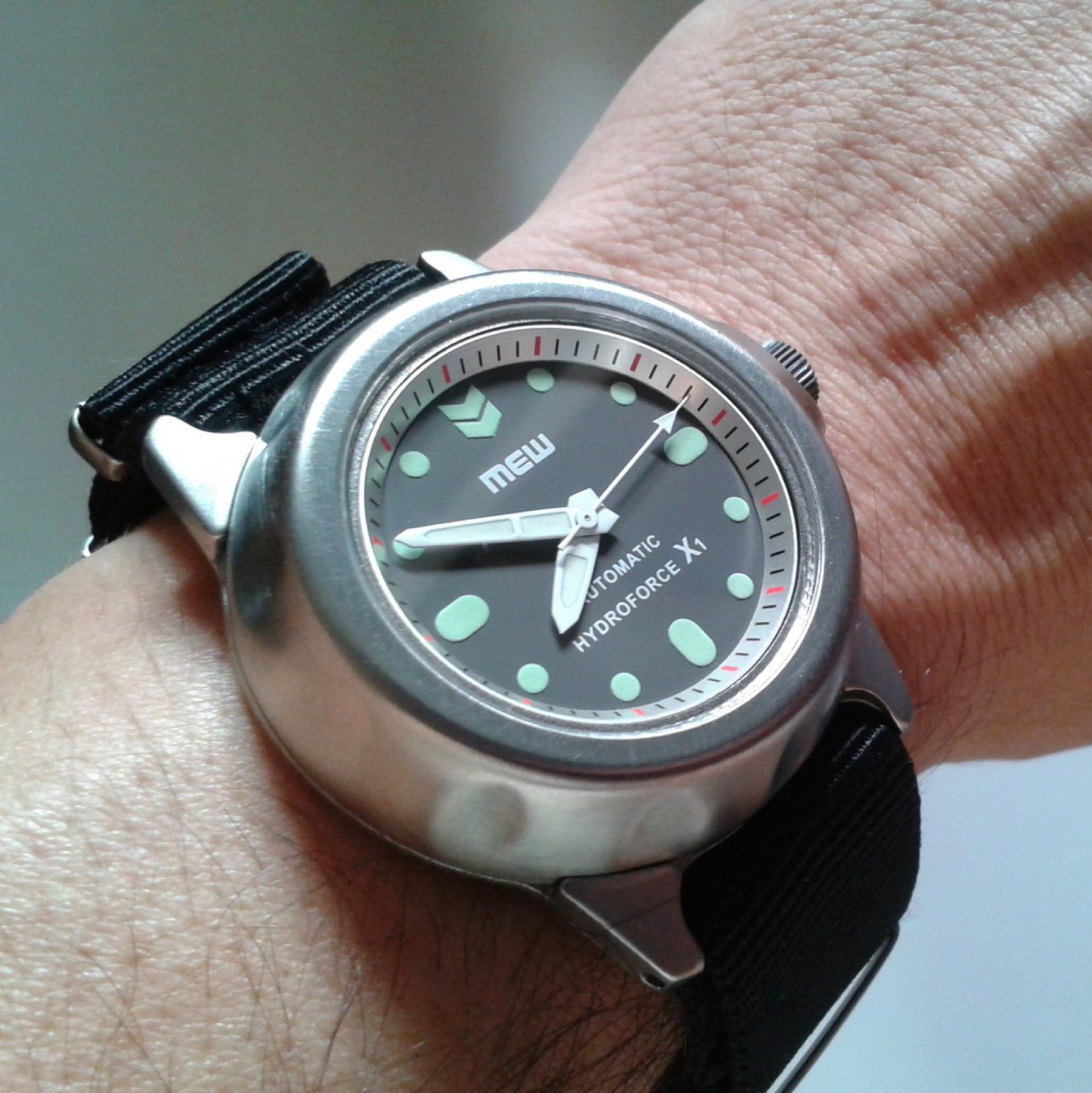 MEW Tactical has a tough watch they want to put on your wrist. Want to arm wrestle for it? Seriously, HYDROFORCE X1 sounds like an action figure and cartoon series from my youth, like an A-Team for boats. MEW sounds like a kitten. But there’s nothing kitten-like about this watch.

MEW HYRDROFORCE X1 is intended to be simple, tough, combining the lugs on the caseback as a unit, with a large fluted case, that’s inspired by a fluted revolver chamber barrel, or perhaps a submachines gun. The information they sent us mentions both. 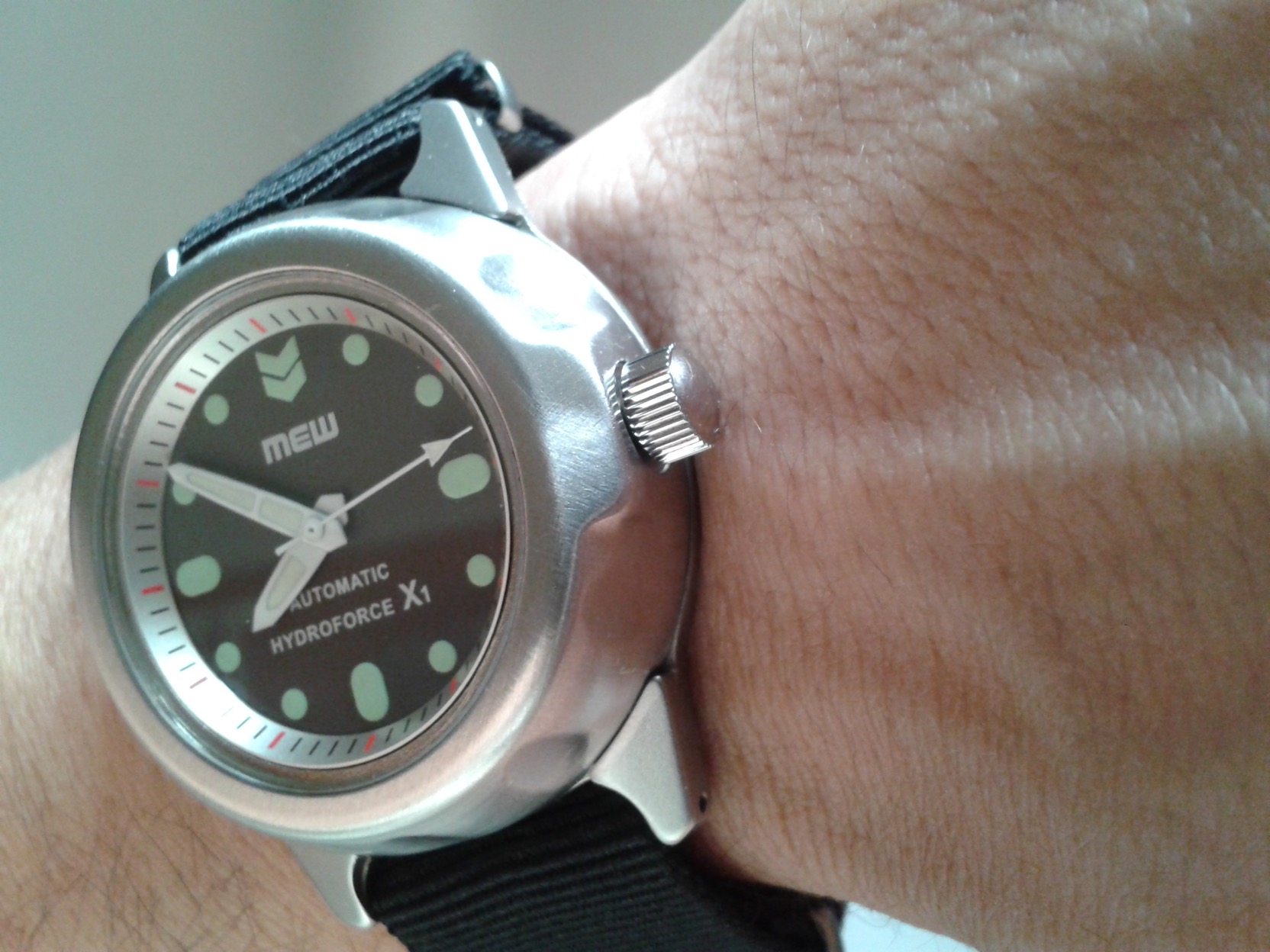 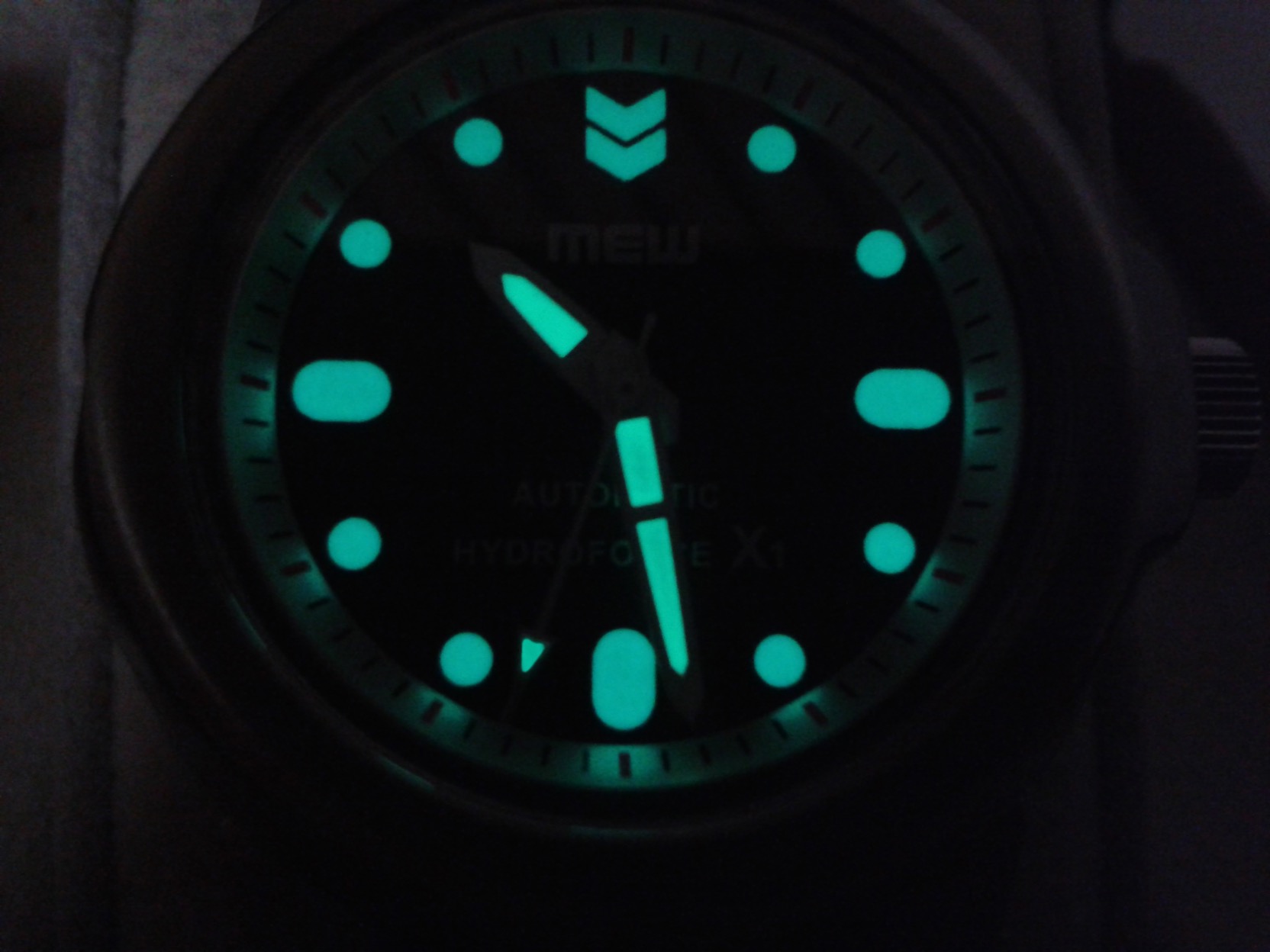