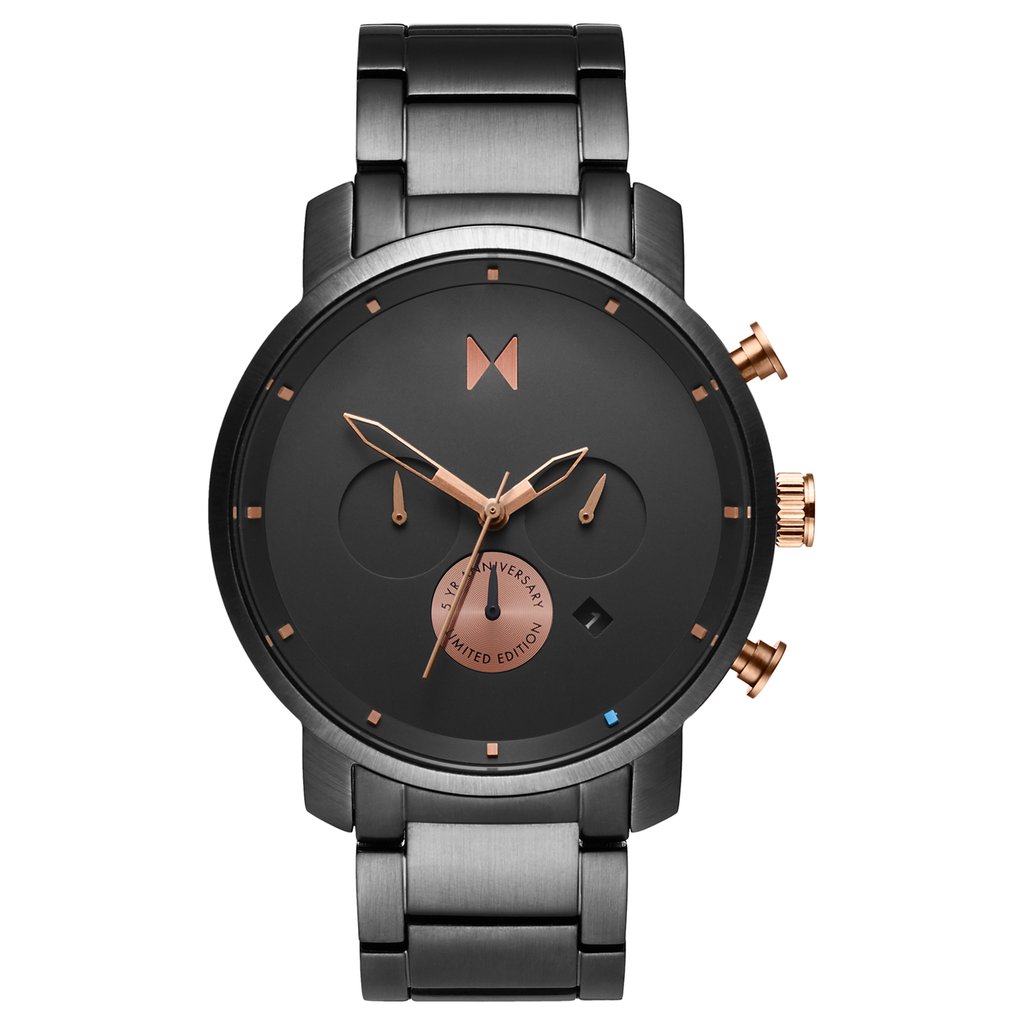 MVMT, one of the first to really master using online and social media to sell fashionable wristwatches, has a lot going on. Besides Friday’s sale to Movado Group, they’re also releasing their very first limited edition watch, the Five Year Edition. MVMT thinks of this as being the result of all the design elements MVMT customers have loved over the past few years. Limited to 555 pieces, each is numbered and packaged in a collector’s box for the anniversary.

The Chrono Gunmetal model is used here as the base of the watch. It’s then given rose gold accents throughout, refreshing the Chrono for the anniversary. It’s a tasteful watch, finished in gunmetal black, with sparing rose gold accents, for the hands, crown, pushers, hour markers, and the sub-dial at 6 o’clock, labeled 5 YR ANNIVERSARY EDITION in black text. There’s a subtle blue hour marker at 5 o’clock, marking the 5 year anniversary. It may be difficult to get one – MVMT are very popular, and this watch at 555 pieces is quite limited for them. If you can’t get one, take heart – MVMT are running a 5 year anniversary sale, 15% off normal pricing with free shipping. Check it out at mvmtwatches.com