The MWW Iconik is exploring your pre-order interest 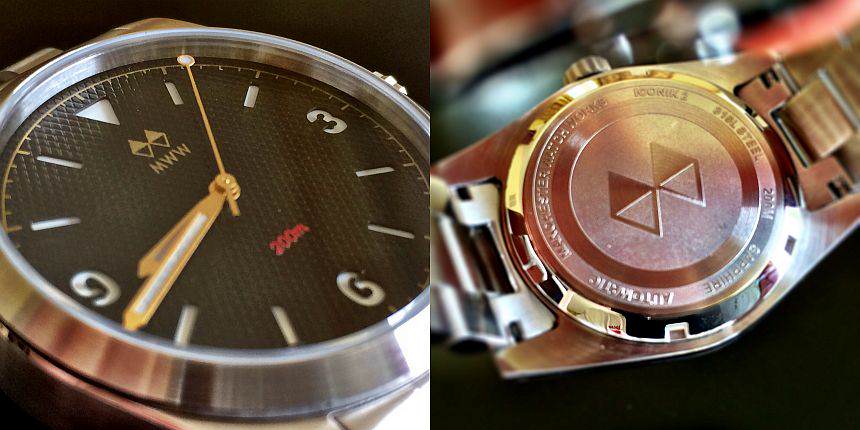 If you have followed our coverage of the brand, you know that we have become fans of what Manchester Watch Works (here on out referred to as MWW) is producing.  What you may not have known (I know I didn’t) is that they have a line of homage watches to complement their dive watches (which got started with the TatoskQ version of the Tatoskok).  Well, they’re back with another limited edition MWW Iconik for your consideration. This time around, they are drawing inspiration – and paying homage to – the Rolex Explorer, specifically ref. 6350.  While I personally leans towards the Explorer II over the original, there is a lot going on here that is very identifiable, and rather nice looking. I am a sucker for a sandwich dial, with the MWW Iconik 2 does have.  Add in that honeycomb texture, and there is a lot of dimensionality going on.  I’m less a fan of the gilt hands, but that is period (and design) correct, so we’ll let that slide. One big change (literally) from the original is the case size on the MWW Iconik 2.  Here, the steel comes in at 39mm.  While that is not large by today’s standards, it is a bit larger than you might have found at the time the original Explorer was released.  Paired to a 20mm stainless bracelet, you’ve got a robust package. Tucked into that case, you have the ever-reliable Seiko NH35 movement, which does offer hand-winding and hacking.  The use of the NH35 movement also allows costs to be kept down.  In this case, you can pre-order one of the planned 100 pieces of the MWW Iconik 2 for only $280.  Frankly, for what you’re picking up here, that is a great price. Sure, some might turn their noses up at an obvious homage watch like this.  To each their own, I say.  For me, I have no problem with an homage watch, especially if it isn’t pretending via dial printing to be an original (otherwise known as a counterfeit).  For me, one of my first mechanical watches was an homage.  While it has since gone on to greener pastures, I have fond memories of it.  Add in the fact that you can pick one up from a brand (MWW) that has established itself, and it’s another good reason to consider them if you’re in the market for this style of watch, but the budget just won’t allow the original. For those thinking of picking one up, head on over to this page and get your pre-order down.  As I mentioned earlier, only 100 pieces of this are planned to be made, so it is a fairly limited engagement; delivery is anticipated for later this summer, or early in the fall.  In the mean time, let us know in the comments below what you think of homage watches, and perhaps even what your favorite one to date has been.

Oh, and should you not care about homage watches, but still like the other stuff MWW has been producing?  Then have we got a treat for you – for the next month (starting from today), you can net yourself 15% off (excluding pre-orders) using the code WWR15. manchesterwatchworks.com