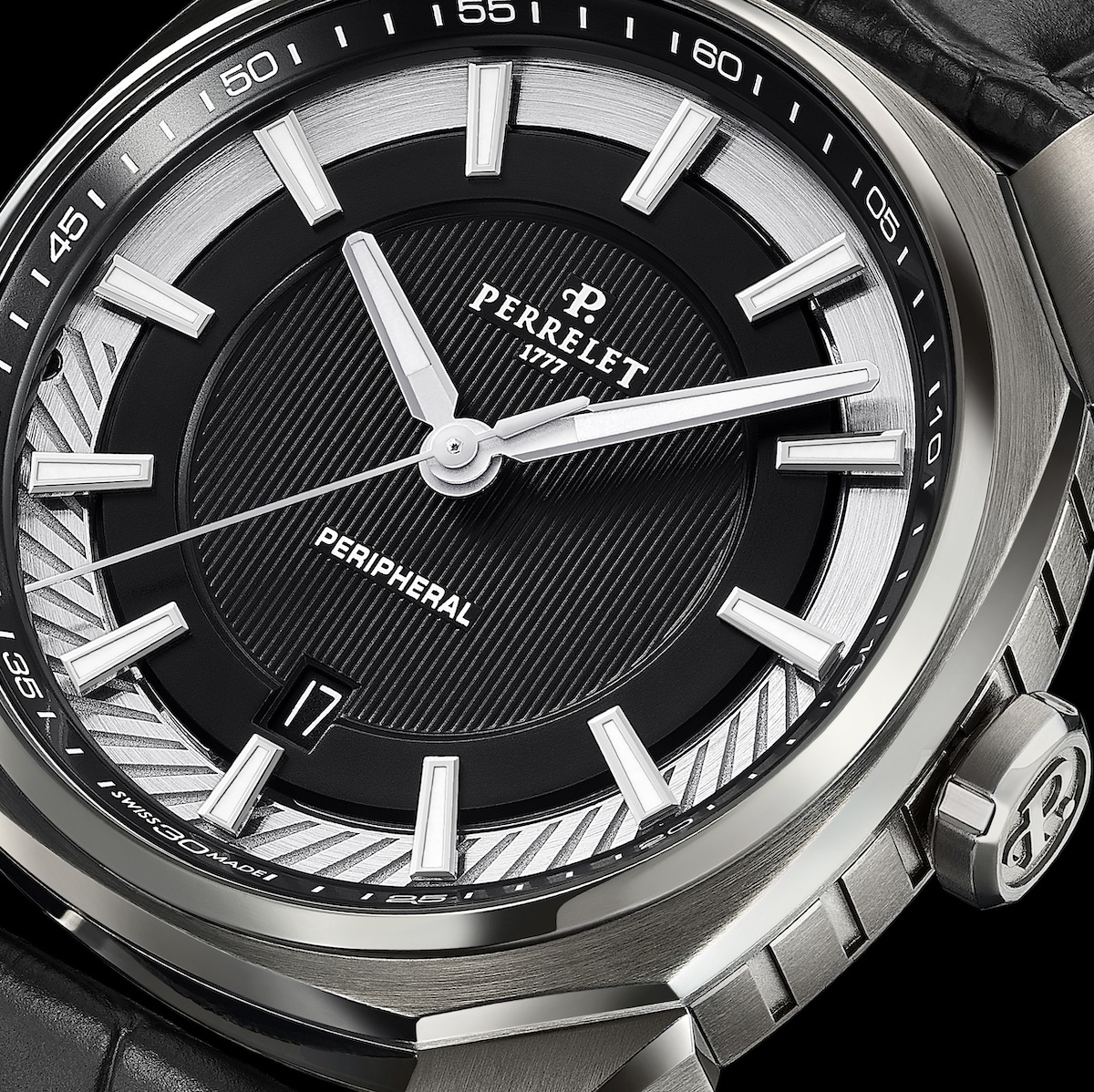 Perrelet has just announced the interestingly-named LAB Peripheral 3-Hands & Date, a three-hander with a trick up its sleeve. The watch has an automatic movement but the back of the watch has no back rotor. Instead, the rotor is on the front and is visible through the face.

The oscillating mass observable on the dial-side is made possible thanks to the clever in-house manufacture self-winding movement, calibre P- 411, beating at 28.800 vibrations per hour and offering 42-hour of power reserve. The rotor on ball bearings, a 180° plate’s segment, is fixed to a wheel with toothing inside, which engages with a pinion on the outer rim of the movement and transmits the energy to the gear-train winding the mainspring.

The watch is pretty standard otherwise with a handsome set of hands and pips and a little date window at 6 o’clock. Perrelet is an acquired taste and they make watches that watchmakers love, similar to Jaeger Le Coultre. That said, this cool little piece offers enough hotness to make it interesting. Plus it’s priced to move: it costs about $4,344 and a little more for a gray PVD coated version. Definitely not terrible for a manufacture movement from a major house.

Perrelet is famous for visible rotors since the founder, Abraham-Louis Perrelet, was known for the invention of the self-winding movement. Perrelet didn’t use a central rotor, however, and instead used a weight that clattered back and forth inside the watch, allowing it to be sufficiently wound with a few minutes of brisk walking. Breguet used the movement in some of his pieces.

You can check out the piece on Perrelet’s website but it looks like they’re almost sold out.