The Ronda R150 Mecano – a new movement this way comes 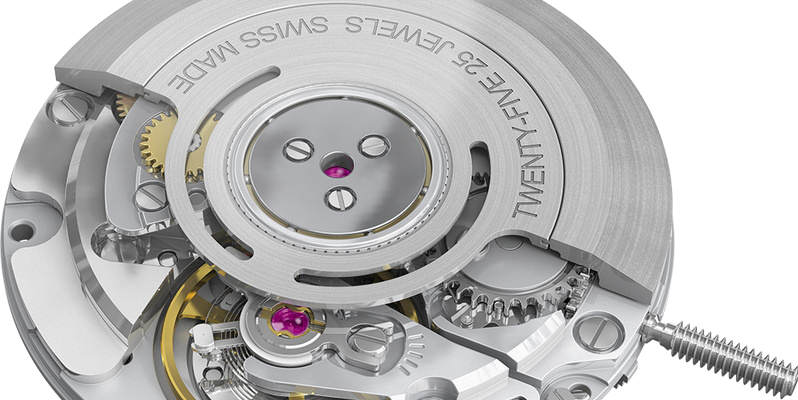 Every few years, an article gets posted about the apocalypse coming, when SWATCH group will stop selling ETA movements to small independent watch makers. It’s struck fear in the hearts of manufactures large and small before, which gave rise to watch houses using the Miyota 9015, the Seiko NH35, or Soprod A10 instead of the ETA movement. It caused Hublot to build their own in-house movement to break reliance on ETA.

It seems that apocalypse is coming in slow motion, with Swatch having permission to stop sales to third parties completely by 2020, decreasing each year starting back in 2011.

What then, is a watchmaker to do if they want to supply a quality movement that will have the cachet they desire, be able to label the watch Swiss Made, and know that the movement will be supported for years to come? Especially, what to do if the case was designed around an ETA? Enter Ronda. For years, Ronda has produced Swiss made quartz movements in a wide variety of confugurations. That’s their reputation, and what we all know them for. But they were founded in 1946 and used to make mechanical movements. They stopped completely in the 1980s, and now they’re back, a little later to the mechanical party than manufactures like Zenith or Heuer, who returned to mechanical watches after making quartz exclusively for a time, but they’re back.

The R150 Mecano movement is their first re-entrant in the automatic self-winding mechanical, and it’s staged to be a winner. It’s dimensions make it the perfect substitute for ETA 2824-2, in diameter, stem height, and canon-pinion height. It’s similar in function, with 3 hands and a date complication. It carries the same incabloc shock protection system, and has ball bearings for the automatic rotor. With a 40 hour reserve and 28,800vph, it’s well-positioned for the small watch producer. It’s 60 percent made in Switzerland, with some parts supplied from Thailand, and the balance spring comes grom Germany, but this shouldn’t deter anyone – the quality we’ve come to expect from Ronda is such that it should be a reliable Swiss movement.

What really makes it attractive, besides all the well-executed ETA equivalence? It’s priced at 60 CHF. It’s more affordable than an ETA movement, and ends the worry about lack of supply to boot.

I, for one, look forward to reviewing a watch equipped with the Ronda R150 Mecano.  ronda.ch