Shinola is honoring art and architecture 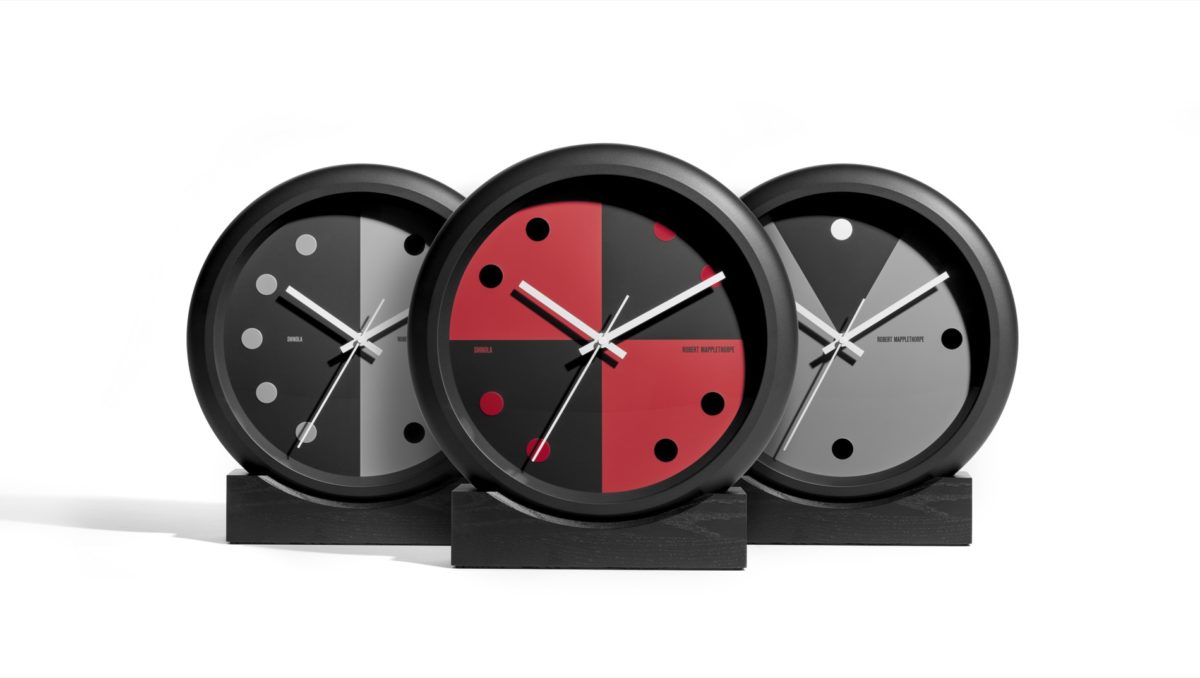 In what we’ve written about here, we’ve showcased watches that are influenced by – or even designed by – artists and architects. One of my favorite brands has dipped their pen into that inkwell now, with new limited-edition clocks and a watch.

Clocks are a relatively new area for the brand, but I’ve been fortunate to be able to experience both the wall-mounted version as well as the desktop version (which I wrote about here) . While those took the well-understood Runwell look and supersized it, here, things have gone in a different direction.

Sure, you’ve got the same case (and presumably movement) in use, but you’ve got a much different look to the handset and dial. How did they come up with these designs? I mean, Robert Mapplethorpe was known as a photographer, primarily. As it turns out, these are from unpublished sketches that Mapplethorpe had done at some point, which were then writ large onto these clocks.

The clocks themselves are the larger wall-mounted 14″ versions, though they do have stands available should you want to have it on a shelf somewhere. There are three versions (here, here, and here) of the clock, and each run $600 directly from the brand. Detailed specs are listed down below.

Now, not everyone wants a clock, or has a need for one (though I find these to be particularly handsome, and it looks like they’ve got a lot more colors now available in the main Runwell design). If you want a watch, and are a fan of architecture, then the Shinola Canfield Yamaski would be of interest to you.

Minoru Yamasaki is a world-renown architect, and some of his work also calls Detroit home. In fact, it’s his McGregor Memorial Conference Center that is cited as an influence in the design of this watch, which is part of Shinola’s American Greats series. Starting with the 38mm Canfield design (which we reviewed here in chrongraph guise), you’ve got a crisp and clean dial, along with a handset that – to me – looks like skyscrapers spinning around the arbor.

The Shinola Canfield Yamaki is a limited-edition watch (only 350 pieces are being made) and as such, commands a premium. In this case, $1,000 is the the pricetag attached to this piece honoring the architect. Perhaps best-suited for fans of Detroit’s buildings, I think it’s still a rather sharp-looking piece, even if you’ve never laid eyes upon a Yamaski design.

For those looking for watches from Shinola that are closer to the affordable end of the spectrum, keep your eyes peeled, as I’ve got two hands-on reviewed from the brand currently in the works. shinola.com