SteelConnect M, Give your Moto 360 the Strap 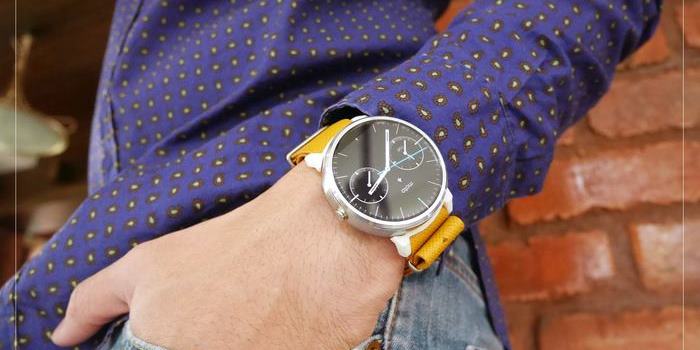 I am not a huge fan of smartwatches, but of the ones you can actually buy today, the Moto 360 seems to be the one with the best looks, especially if you want a smart watch that looks like a watch.  But the folks at Steel Connect have come up with an enhancement, The SteelConnect M, an adapter that will let you use any 22mm strap. I first ran across SteelConnect with their Kickstarter campaign for an adapter that allowed a standard watch strap to be mounted to a Pebble Steel smartwatch.  They seem to be shipping out those rewards (5 months late?), and are gearing up for another adapter, this time for the Moto 360.  The reviews I have seen on that watch mention the quality strap, but the lugless design make changing straps difficult and not all 22mm straps will work with the standard set up.  So the SteelConnect M solves the problem by mating one end of the adapter to the hidden lugs, and then gives a standard pair of lugs for easy strap swaps.  There are two versions, the 180, with shorter, flat lugs, and the 225, with down-turned lugs so the watch sits tighter to the wrist. Another intriguing option offered by the company is the Hook, which mates a loop to one of the lugs, turning the watch into a pendant or a pocket watch.  For anyone who is into Steampunk design, I can imagine that this feature would open a whole world of possibilities with the Moto 360.  The pledges range from £9 for the early bird buyers of the Hook to £50 for both the 180 and 225 in either stainless or PVD black, so nothing is over expensive here.  Of course, you need the Moto 360 in the first place.  So if you have the smartwatch, or you were on the fence because the standard strap options were too limiting, take a look at the project.  Hopefully, with one campaign under their belts, they will under-promise and over-perform this time around.  steelconnect.co