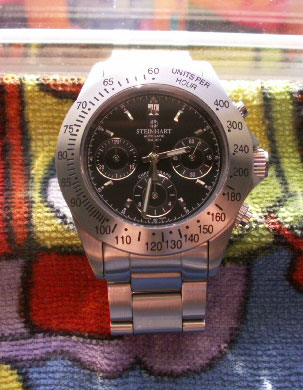 A big to do about Steinhart over at WuS today. Steinhart sells “homages,” watches that look strikingly similar to well known brands but have enough subtle differences to stand as their own brand. I can support their efforts, but I’m kind of tired of the homages to Rolex and Panerai I see. I think there are plenty of odd, little houses out there that deserve our cash rather than some junk dealers who traffic in Chinese-made crap. Sorry. Ranting.

Rolex claims the supply shortage is not planned, unconvincingly

Surprise! The Hamilton Watch from Far Cry 6 Will Get a...