Strap on a seatbelt NATO – Phenomenato 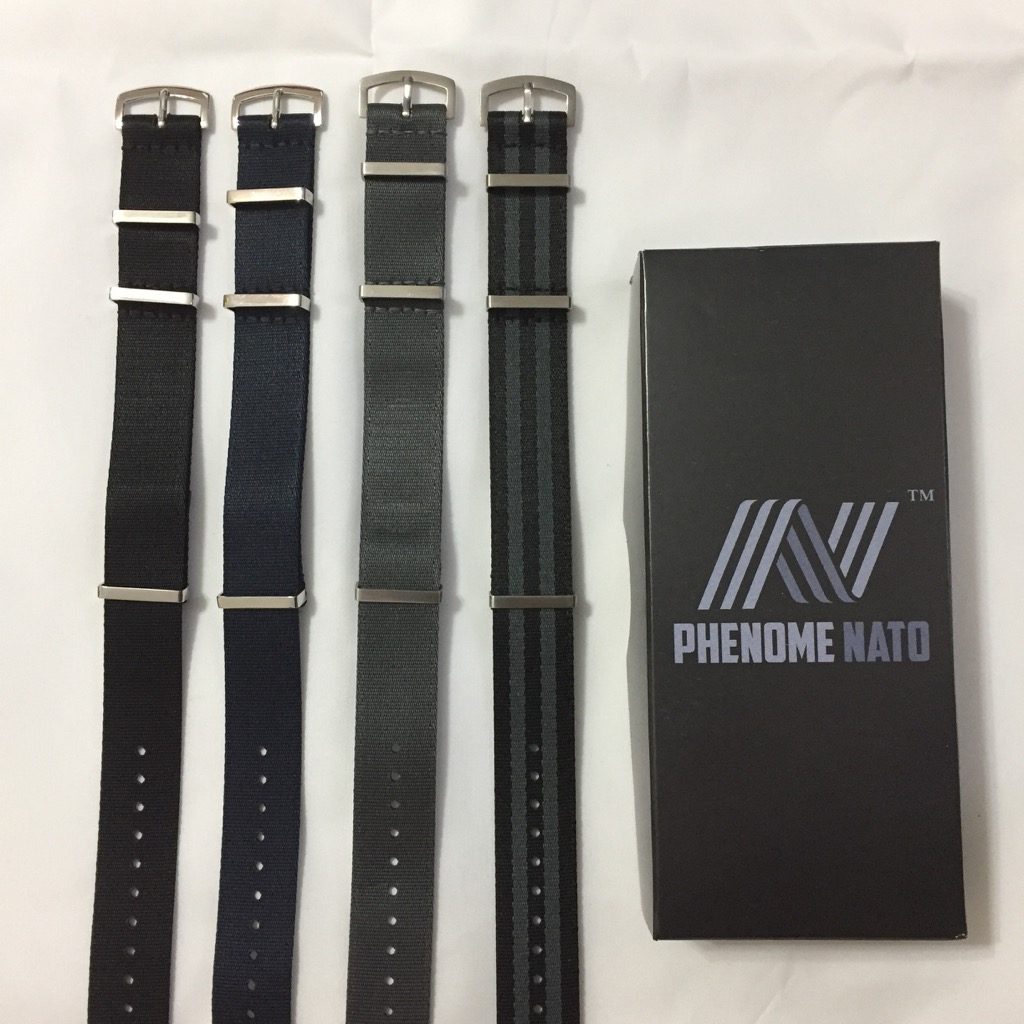 Phenomenato is a project started and produced in Hungary. This is what happens when one person has an idea, and people on the internet encourage him… and good things result.

The construction of a NATO strap seems overengineered to some wearers, who prefer a single strap. Here, there’s a secondary portion attached, common of so-called Milspec straps. The main portion of the strap threads through the bars between the lugs, and then a retainer length of strap with a keeper at its end captures the strap as it proceeds along its way around the wrist to meet with the buckle. Some people think that if a bar were to fail, the watch will be captured by the strap on the other bar. Others suggest that on many straps, the watch head could slide off a strap as as you removed it, and the secondary strap prevents this from happening. I know this seems like it shouldn’t be a concern, but I’ve experienced it on single layer straps.

Let’s talk about the Phenomenato specifically. The fabric is a little under a mm thick. It feels substantial, yet flexes easily. The hardware is thicker than any of the loops on other NATOs (not ZULUs) I own. The squared off loops are also a just a little under 1mm thick. They’re very nice, and everything about this reeks of high quality.

Phenomenato is available in two widths, 20 and 22 mm, two hardware finishes, polished or brushed stainless steel, and in three color ways: 5 stripe Bond HD, gray, dark blue, or black. Let me show you all of them:

One of the things I’m always concerned about with a NATO strap is discomfort due to the heat sealing, either on the edges, pin-buckle holes, or the nylon thread stitching ends being melted. I’ve had some bad ones from other sellers that I just can’t wear because they scratch against the wrist. Here, that’s not a problem. It’s very comfortable. I understand it’s hard to rationalize a piece of nylon costing what’s being asked in light of what you may have spent on the watch, but there are a few things to go over here:

So I verified this. I borrowed the Omega Seamaster 007 SPECTRE Limited Edition watch on the NATO 5 stripe strap. Here’s what I learned: 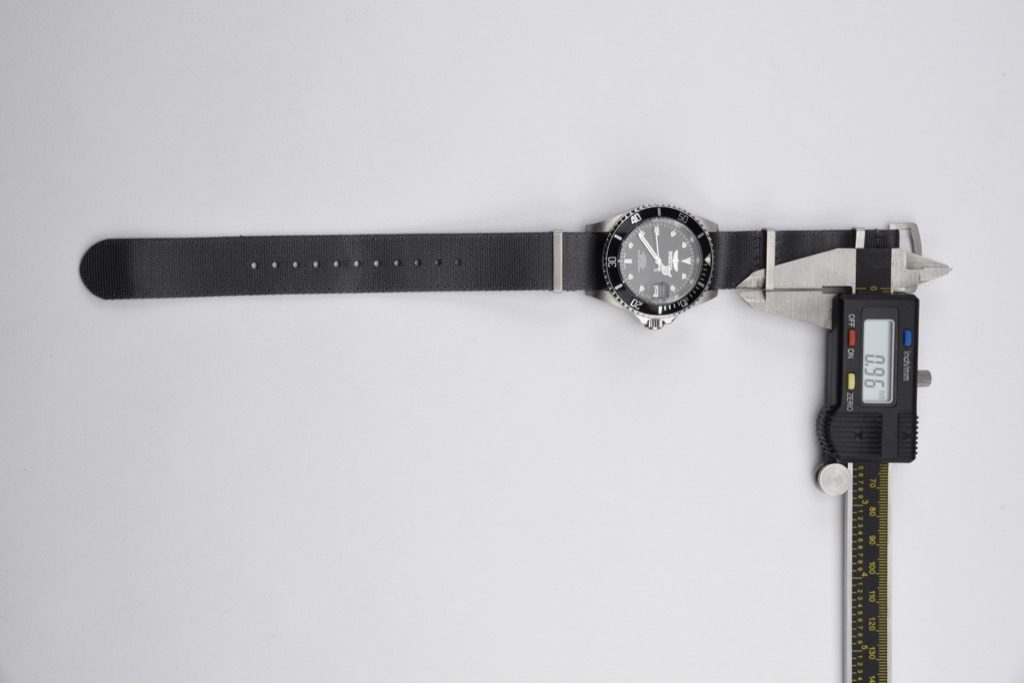 I do like the woven Phenomenato tag sewn inside the strap. You can tell there’s a lot of care that goes into these. 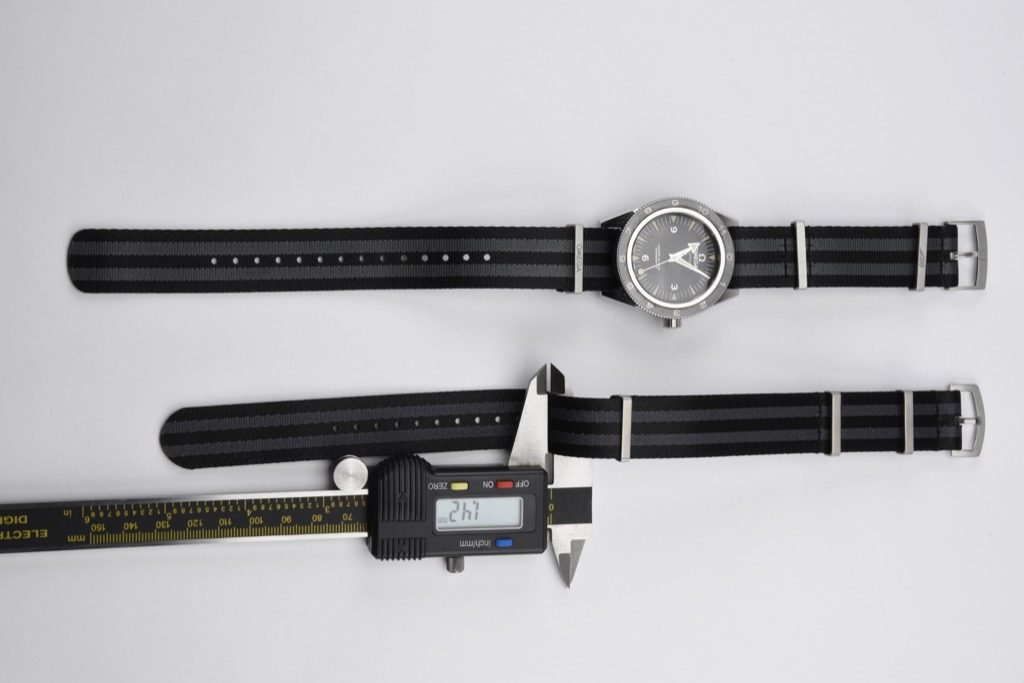 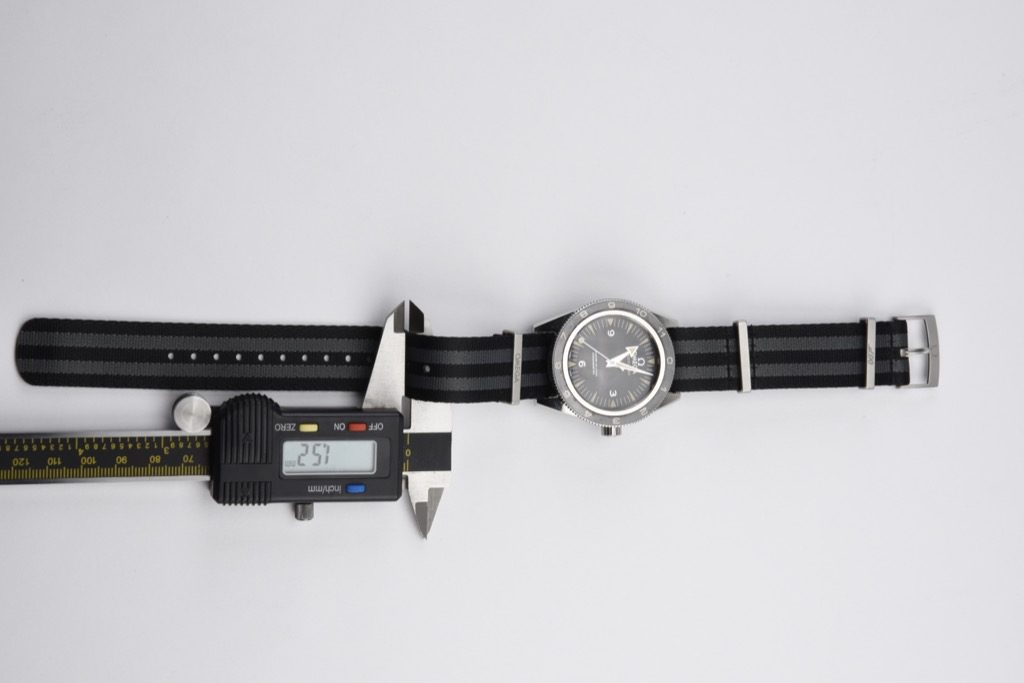 There was one concern. For me, I’m highly sensitive to the sensation of scratching on the wrist. Of the five straps we received for review, this was only an issue on one of the straps. I usually look for straps with waxed cotton thread, but you won’t find NATO or ZULU straps like that, unless they’re made of leather. That’s the sort of thing you find on leather straps with the two loop stitches outboard of the springbars. 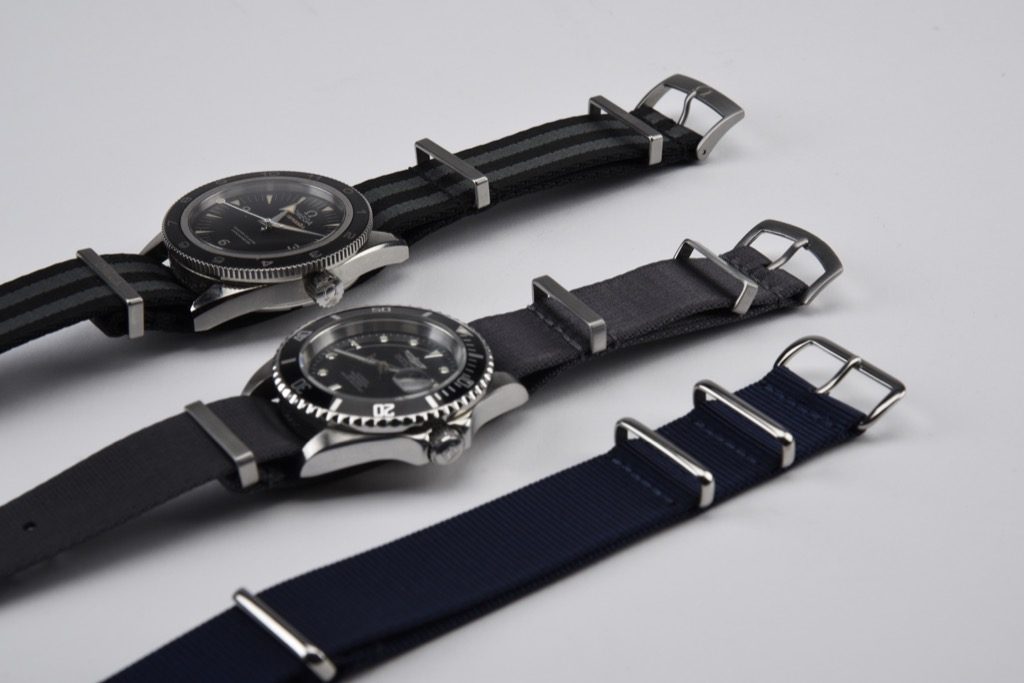 The Omega strap was superior, but it isn’t likely that I’ll spend $125 to $180 on one. The Phenomenato comes very, very close, at a significant price reduction. It’s not the very most affordable seatbelt strap available, but it’s a darn good one. The Phenomenato is available in 20 and 22mm widths, in two lengths, and in gray, black, or 5 stripe, with brushed or polished hardware from phenomenato.com.