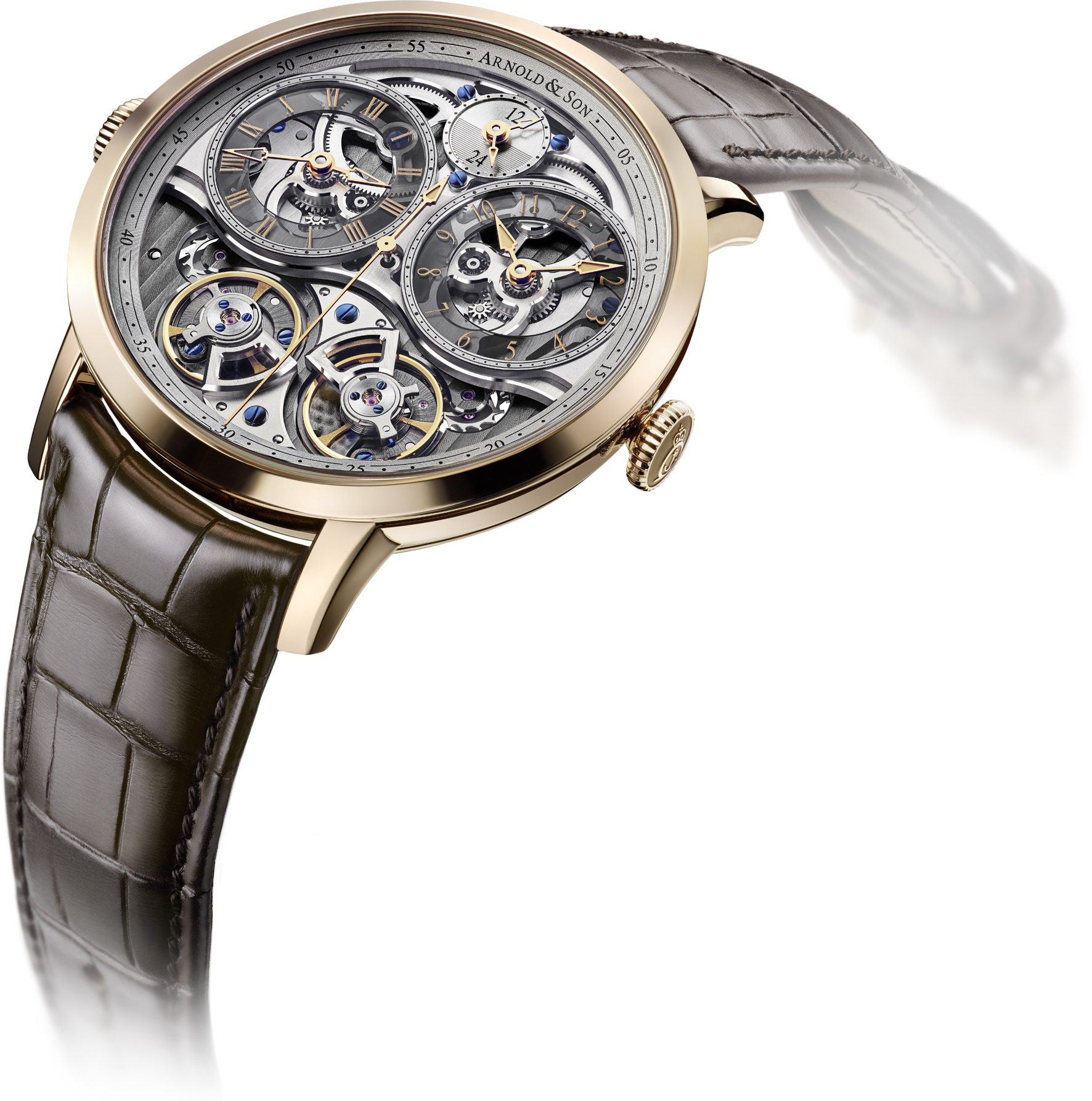 Double your pleasure and double your fun with good old Arnold & Son! The DBG Skeleton is a beautiful double balance GMT piece with a skeletonized body and a pair of symmetrical balance wheels. It runs a manufacture A&S1309 that is designed and made in house and it’s really pretty striking.

A masterpiece of perfect symmetry, the DBG Skeleton features two separate time displays, each driven by its own barrel and gear train with its own escapement and balance, now entirely visible thanks to its openworked execution. This highly unusual technical specification permits the two displays to be set independently of each other. Although it is a standard feature of watches displaying two or more time zones for the hour hands to be set to different times, being able to set the minute hand as well opens up other possibilities.

It means, for instance, that the display can be set to show the precise time in zones that differ from Greenwich Mean Time by a fraction of an hour, such as a quarter or a half. In addition, a subdial at 12 o’clock shows the equation of the two time zones on a 24-hour basis. This enables the wearer to see the time difference between the two zones and also to ascertain whether it is day or night in the second zone. Both time zones share a common permanent seconds in the shape of the long slender hand emanating from the centre of the dial.

Watches with a double barrel and escapement have a tradition going back many years in horology but are rarely found today. Historically referred to as a “captain’s watch”, the principle is ideally suited to the Arnold & Son’s instrument line because a separate barrel/gear train and balance/escapement enable the watch to house different complications without having one influencing the accuracy of the other by draining its energy. It is therefore perfectly adapted to be used for a second time zone, as in the DBG Skeleton.

Double balance wheels are supposed to keep the watch running properly under rough conditions, something that mattered when John Arnold was putting his watches on boats but not so important these days. However, it’s nice to know watchmakers still have the guts and the know-how to make something so complex and beautiful.This piece is limited to 30 units and we’ll grab pricing shortly.