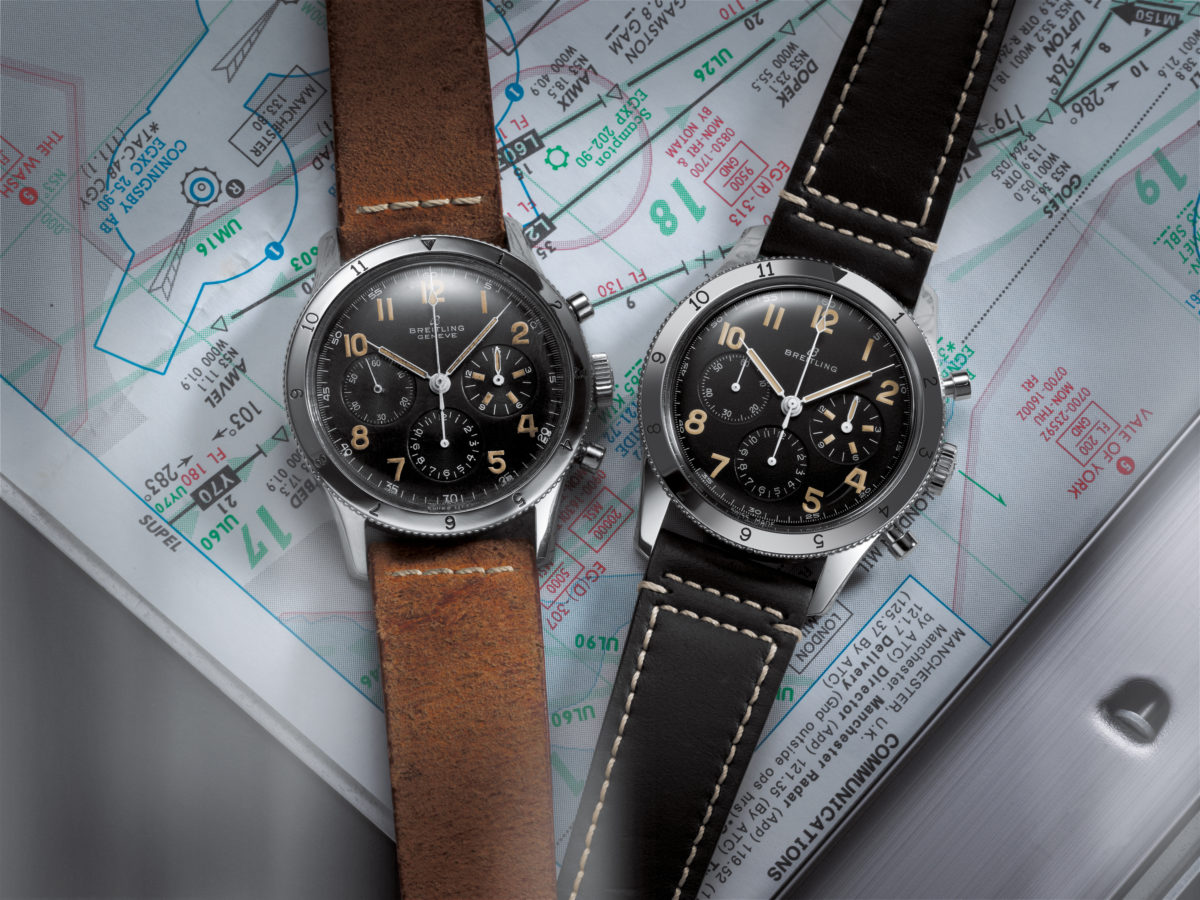 A watch like the AVI Ref. 765 1953 isn’t hard to love. Based on an original Breitling model from, obviously, 1953, this piece is everything blinged out Breitling isn’t. The face is beautifully matte, the lume is cleverly colored to suggest a bit of fading, and the whole package looks like something that the original Oceans 11 crew would wear when Frank Sinatra was still on the job.

Most interestingly, however, is the fact that this piece isn’t actually based on a watch. In fact, Breitling based it on cockpit clocks from he 40s and 50s.

The new AVI Ref. 765 1953 Re-Edition is a carefully researched and crafted re-edition of the legendary Co-Pilot and is based on one of the early iterations from that year. The Co-Pilot was a 1950s interpretation of the onboard clocks designed and produced by Breitling?s Huit Aviation Department in the 1930s and 1940s, which have already provided inspiration for the watches in the Aviator 8 collection.

The new watch coexists comfortably with another Breitling icon: the Navitimer, with its famous circular slide rule, established its sterling reputation for flight calculations, while the Co-Pilot, with its superior legibility and rugged construction, was particularly valued as a reliable companion equal to the challeng- es of aerial activity in the most extreme of circumstances.

The case is 41.1 millimeters and the B09 movement is hand wound. The watches will be limited to 253 pieces and pricing isn’t yet announced but expect to pay a penny or two. It’s rare I’m really awestruck by a piece but Breitling has finally producing a piece that makes me instantly smitten.

This new Breitling celebrates the Outerknown