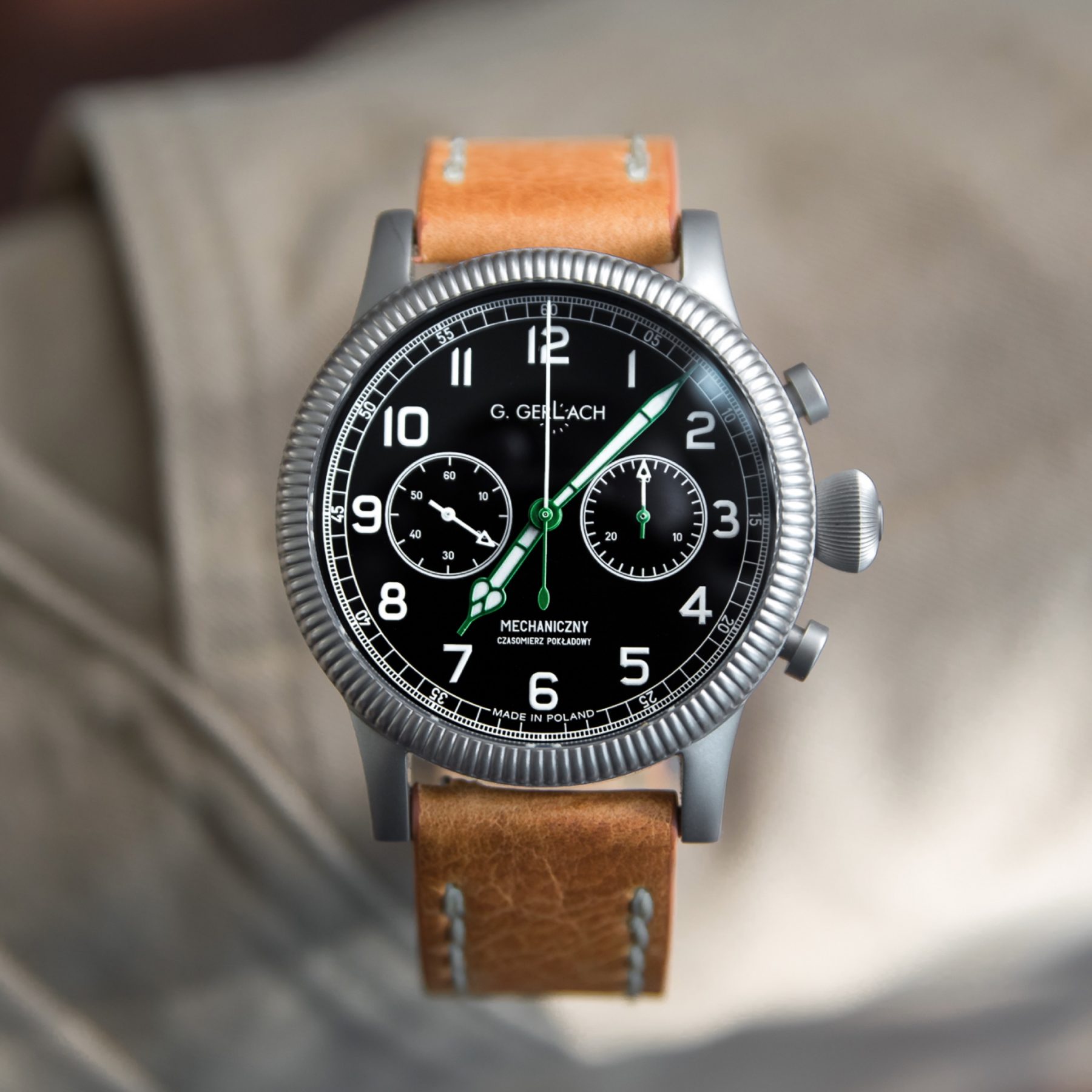 Gerlach make a collection of watches that cover almost every modern era in look and feel, commonly using modern Seiko automatics or mech-quartz movements. There’s 1970’s divers, there’s vintage pilot style watches, and even ones that attempt the dual-crown compressor case look. Here, we have a fantastic love-letter to the early days of aviation. Let me explain… 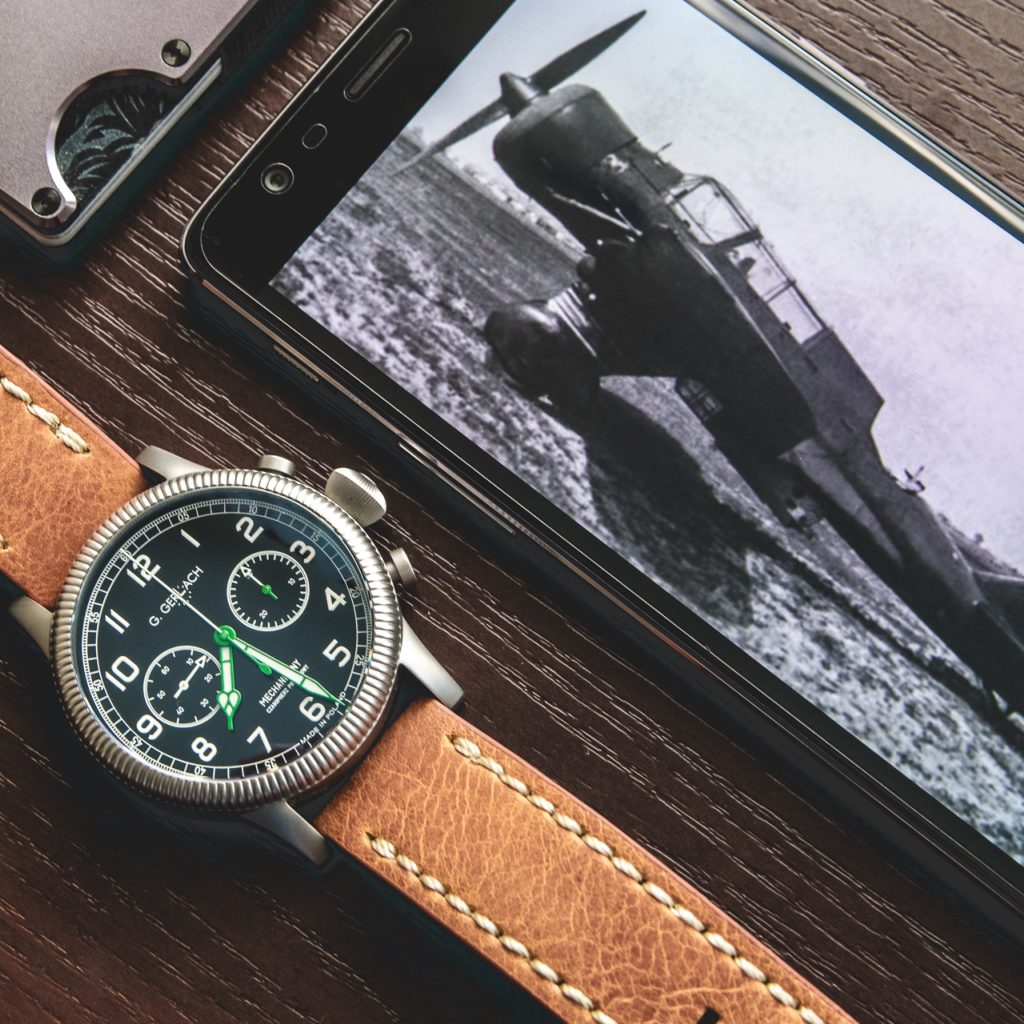 In 1918, the world was fresh out of The Great War, the war to end all wars (before the next one), and the landscape of Europe was quite literally scarred with the gashes of trench warfare cut through fields, stained with the blood of the youth. This war was fought not just with guns and the impersonal nature of a modern air war, but in man to man combat, with close arms. It was a brutal, gory war.

It was the first war that tanks took part in. They were big, lumbering things, that were vulnerable from the top side – and the solution was to put a peaked greenhouse or net on the top surface to catch any hand grenades that were lobbed up there and allow them to roll off the back and sides of the tank. 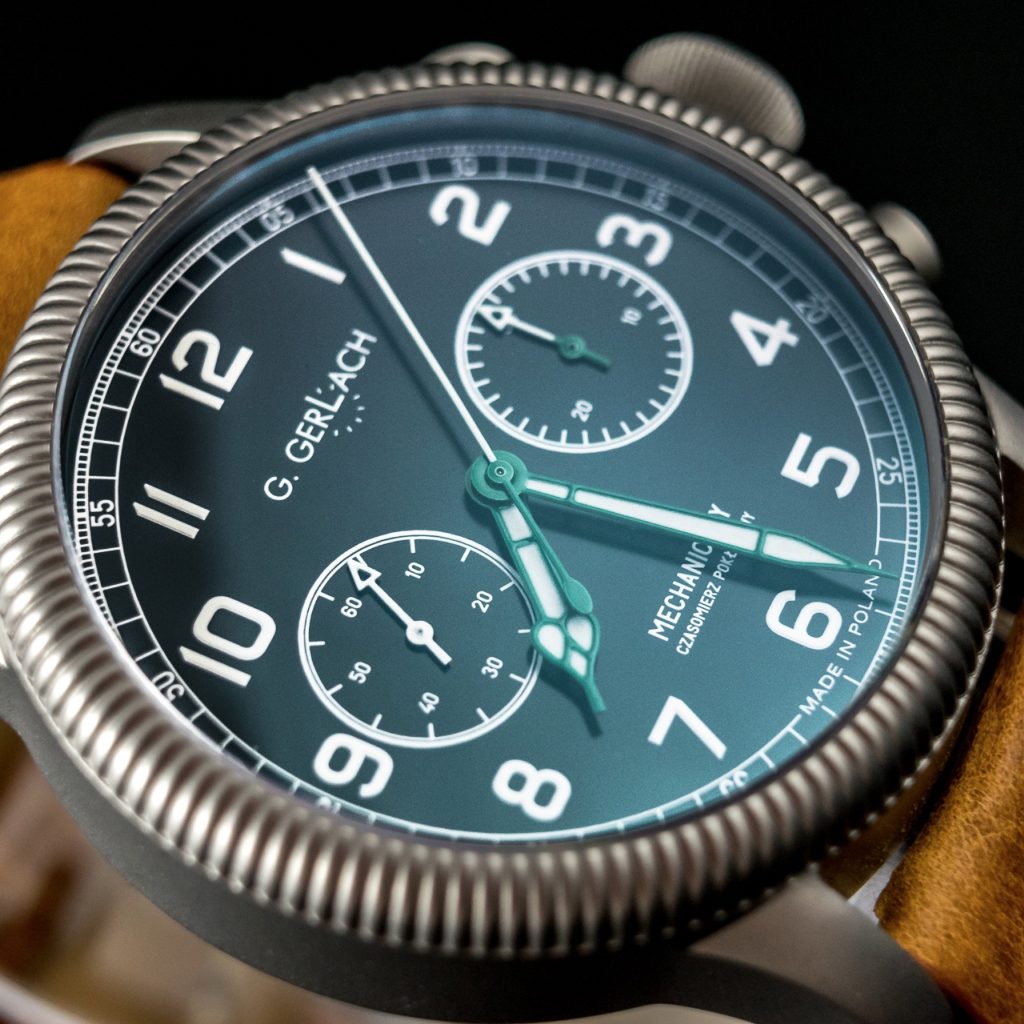 Remember, airplanes were still new. The first flight was in 1903, and here we were, as little as 11 years later, using them with bombs and machine guns aboard. From a small field outside of Dayton, Ohio, to the European theatre, changes happened fast. 1912, the first machine gun fired from an airplane. 1913 saw the first enclosed fuselage. 1915, the first use of ailerons instead of wing warping. 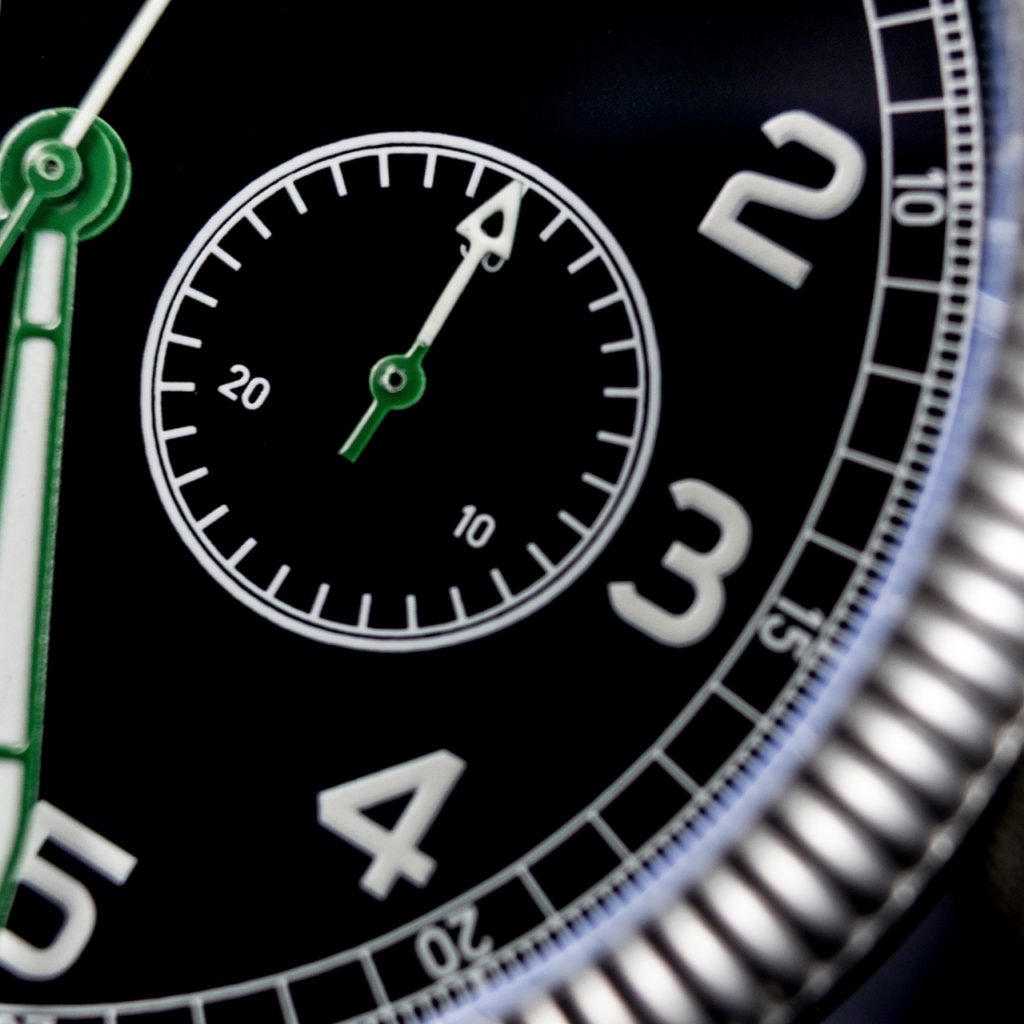 PZL started making bombers in the early 30s: the P23 Kara? was a classic light bomber plane, as was the The PZL.37 ?o?, a twin-engine medium bomber.

The P23 was presented at Paris Air Show 1936 and gained attention. More then 50 P23 were exported to Bulgaria.

The plane became a victim of rapid advance of the airplane technology, and became obsolete when WWII started. Still, the fact that Poland became a country again only in 1918 and was able to create it and produce over 250pcs over a relative short period of 1937-1939 is pretty amazing. 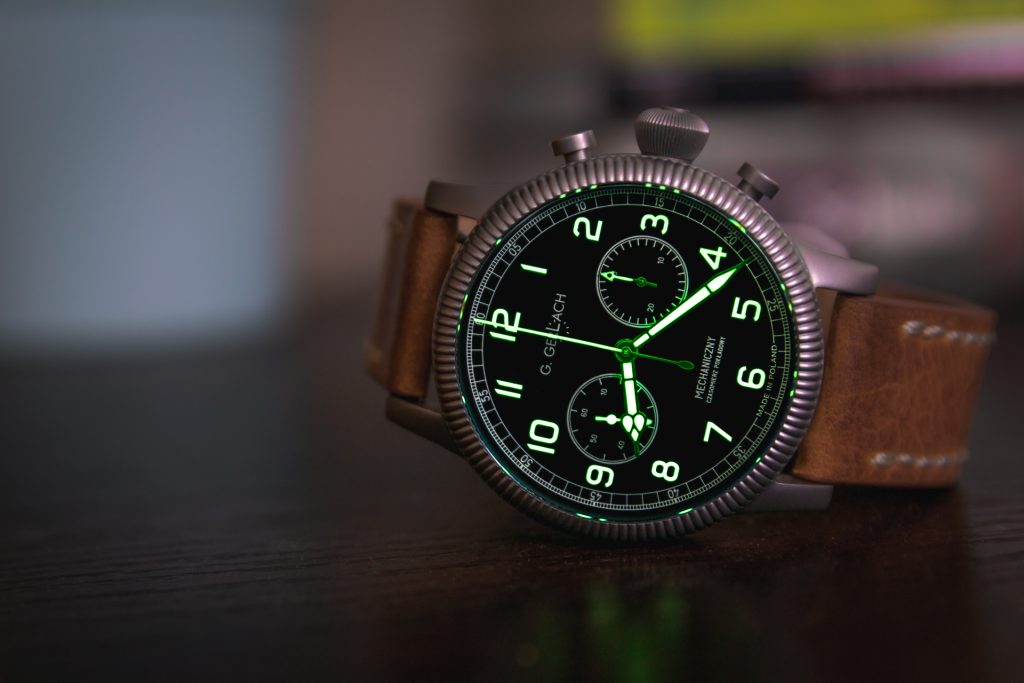 Over time, it was fitted with more powerful engines. During the Invasion of Poland (1939) it remained Poland’s primary light bomber and reconnaissance aircraft. PZL P23 Kara? gained the distinction of being the first airplane that bombed German Third Reich – September 2nd 1939, a single plane dropped a bomb on factory at Ohlau.

Remaining airplanes served for the whole war in Bulgaria and Romania, only to be removed from service in 1946. No planes remain today. 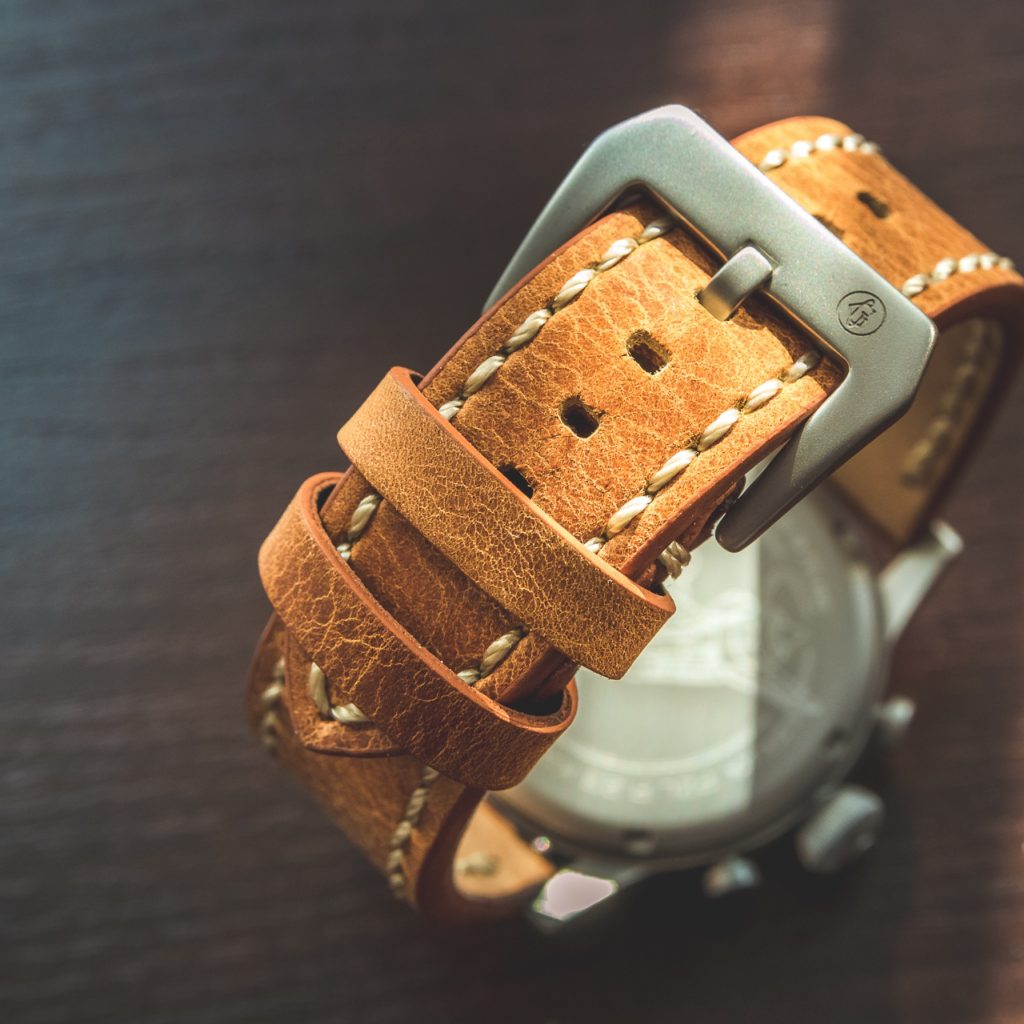 Pilots of WW1 and the intervening years to WWII needed watches that were luminous for night flying, accurate to be able to tell how long they’d been flying in a given direction, and estimate fuel consumption. They had to be able to withstand shock, and the extreme temperature changes from ground to air. In WW1, pilots flew with pocket watches. The strap of the trench watch that was pioneered in the Boer war and adopted by ground troops hadn’t made it to pilots until after the war, when straps became popularized. By the 1920s when PZL was in full swing, wristwatches on straps were the norm for pilots.

Housed in a 43 mm case, Gerlach kept the vibes of the pioneering aviation years using a coin edge bezel. WR100M makes it a fully secure for a harsh, daily usage. A hand-wound ST1901 movement adds some old-fasioned taste. The watch comes delivered with a military styled, solid leather strap. The P23 is available now for PLN2049/$530 USD, from gerlach.org.pl