To space and the sea with Douglas Skindiver WT Automatic 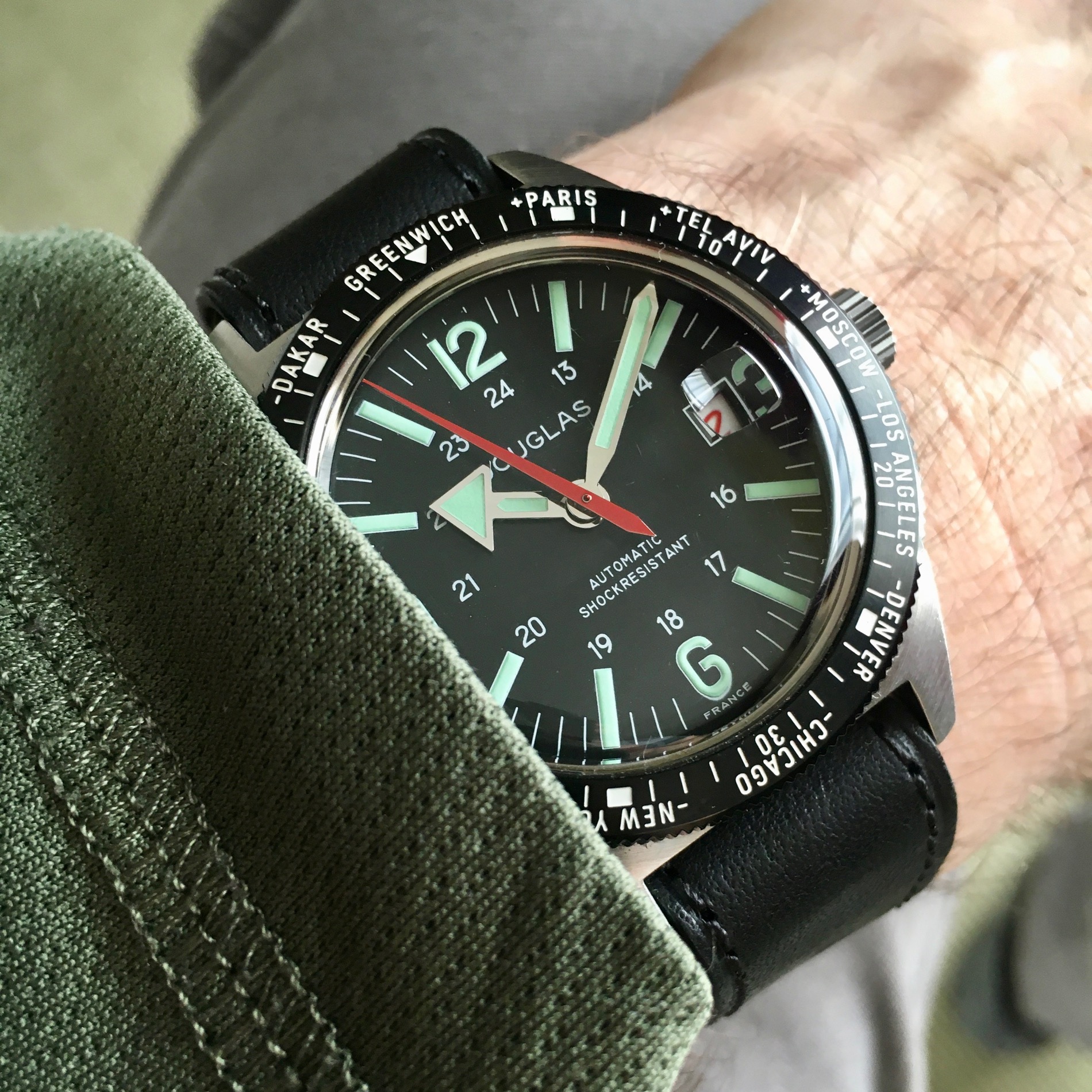 2019 was definitely the year of the “space” watch, with many a brand coming out with a piece to commemorate the 50-year anniversary of the Apollo 11 mission putting humans on the moon for the first time. One of the latest (and I suppose, THE latest since 2019 is closing out) are the Wolbrook Skindiver watches, now funding over on Kickstarter. We recently had some time with a prototype, and have our thoughts for you.

Now, first things first – how it this watch laying claim to the Apollo 11 mission? Well, it turns out a design just like the one seen here was worn by Neil Armstrong, and recently went up for auction. So, perhaps not on the moon itself, but worn by one of the moonmen.

Secondly, there’s some name brand confusion to sort out. In our photos – and indeed, in the title of the article – we’re talking about a Douglas watch. But if you go to the Kickstarter page, you’ll see the name Wolbrook all over the place. As it turns out, these were sister brands that were started back in 1949, and in this resurrection, the relationship continues. Here, the Douglas brand will reflect the professionally-oriented watches, while the Wolbrook line will be for the more colorful and adventurous designs.

To look at the Douglas Skindiver WT Automatic, it’s easy to see the vintage dive watch inspiration (even without the name). You’ve got the crisply legible dial, and the broad handset. But what about that WT? That stands for world timer. There’s no GMT movement here (in this case we’ve got a Miyota 8215 doing the heavy lifting), but you can check the time. How so? Via the stainless steel bezel, with the world cities printed on it. Simply put, you rotate the bezel so the city you’re in (or represents the timezone you’re in) is on the hour hand, and then you can go around the dial to check the time in, say, Dakar or LA. Simple, but it can get the job done.

Aside from the look of the dial, the domed bezel (here, in hesalite, but some versions do have sapphire) really sells the vintage feel for me. I also particularly liked how the managed to get a cyclops magnifier built into the crystal. It’s on the underside, so you don’t have the bump on the outside, but you still have the benefit of the magnification.

The dimensions of the Douglas Skindiver WT Automatic are big for the era it’s representing (40mm, 13mm thick) but relatively compact for today. Though, for a tool watch, it’s positively svelte. That said, it is a tool watch, and the matte finishes on the case and bezel (and even the one-piece leather strap, for that matter) reinforce that fact. In other words, this isn’t your black tie watch, but for anything else, you’ll be all set. I wore this on the weekend and to the office, and it worked great. Of course that Miyota movement is a well-known quantity, which settles any nervousness around long term serviceability.

There are a couple of different versions available via the campaign page of the Douglas Skindiver, including some with a mechaquartz movement. That said, this Douglas Skindiver WT Automatic Apollo 11 version (with the awesome caseback engraging) has KS pricing starting at a very reasonable $312. If you want to get in on the campaign, it is fully funded (400% actually) with things wrapping up on January 11, 2020. Check it out, and if you have any questions, let me know! campaign page