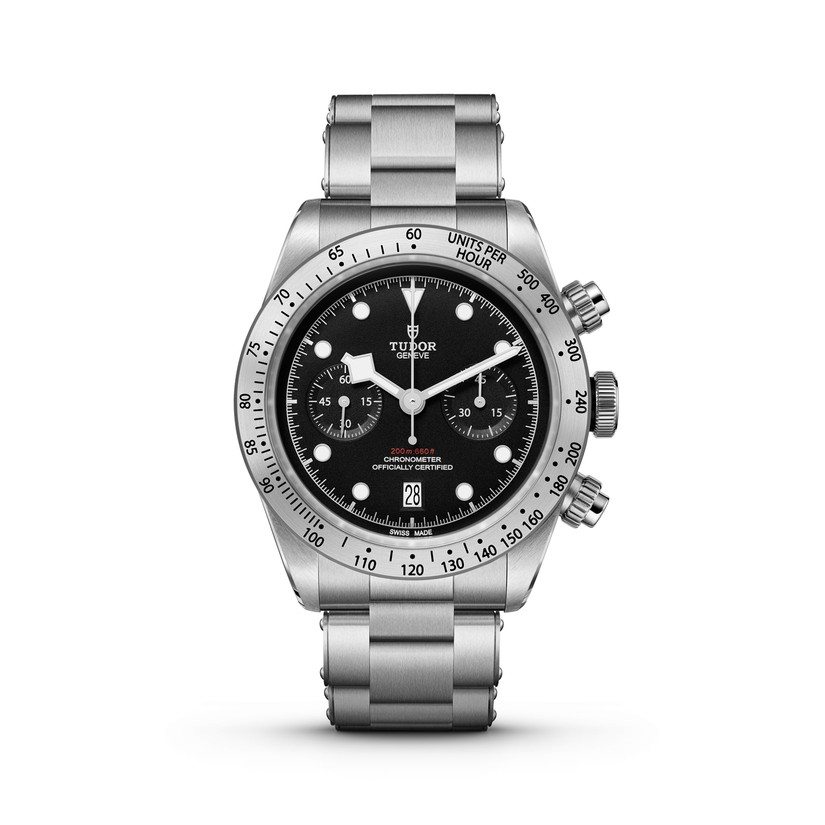 At Baselworld 2017, Tudor has been laying out a number of new watches for fans to drool over, and one of them is Tudor’s newest chronograph addition to the lineup, the The Black Bay Chronograph Ref. 79350.

Tudor has had a chronograph in the product line in the recent past, the Tudor Steel Heritage Chrono Blue, itself an homage to the Tudor 7169 chronograph. The chronograph used an ETA 2892 with Debois Depraz module to add the chronograph functions. It’s all very well, and a time-proven formula, but it doesn’t fit in the future Tudor is paving for itself.

For the past few years, Tudor has been replacing ETA movements in their line with in-house movements, using the MT prefix. Most of these have been based on designs by big brother Rolex, using the balance wheel bridge as seen in the 3135 and 3255 and other parts (escapement, barrel) to reach a 70 hours reserve efficiency. The plates have been large enough to fill the space in larger cases, so that there’s no need for a movement spacer or mounting ring as there had been to fit the 3135 into larger Rolex cases in the past. The downside to this approach is that the 36 mm Tudor Heritage Black Bay remains with the ETA movement, because the in-house MT movements are too large to fit in it without making plates just for the smaller size. 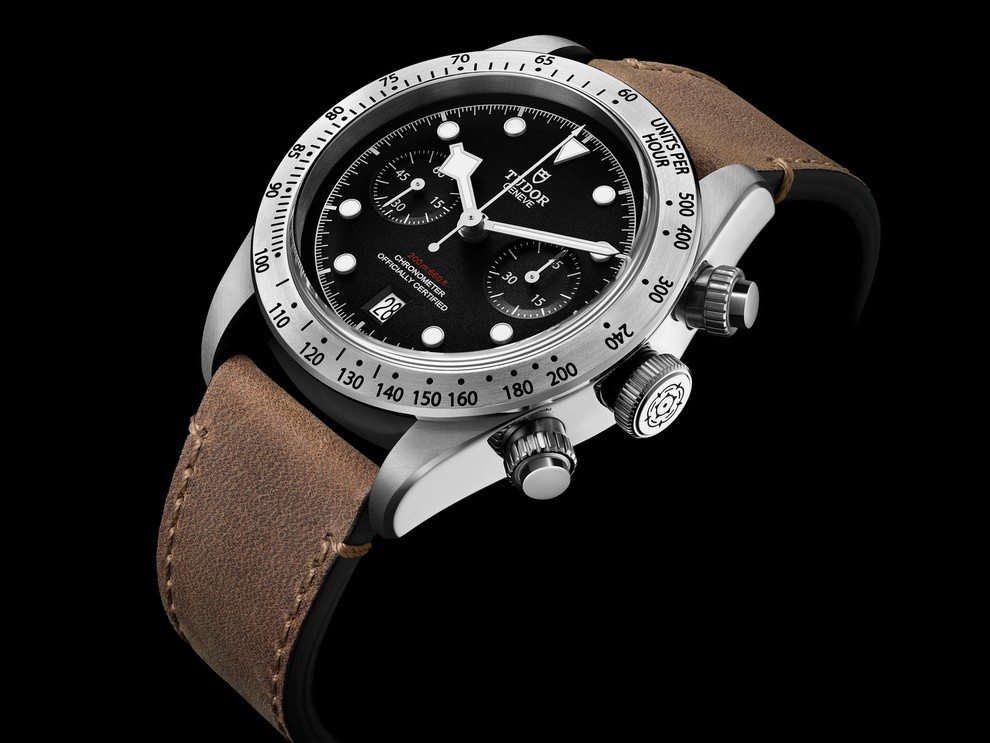 The situation is this: Tudor have the Heritage Chrono honoring the best old chrono model, and the rest have been three hand divers, with the exception of the North Flag model that debuted the in-house movements, and the Pelagos that honors the Snowflake diver dial while being very modern. For the first time, we have a new two register chronograph that doesn’t honor any model of the past, and it’s called a Black Bay.

This makes no sense. A Black Bay model is an homage to specific models of the past. They aren’t direct reinterpretations, but usually take the best of a few models and change the dimensions to make something new and wonderful. So far, the three Black Bay colors series (Red, Blue, Black) and the bronzo model are all well-executed. The 36mm model works and serves the same person who would buy the Tudor Heritage Ranger – the choice being, do you want the larger size or the traditional men’s size watch. What defines all the Black Bay models is that they’re 3-handers, they have Snowflake hands and they have round indices on the dial. That’s still true, but putting Snowflake hands on a thing doesn’t make it a Black Bay model. There’s got to be some greater reference to the past. Do I like a good Snowflake? Is it possible to argue this watch needed Snowflakes to make it a Black Bay at all? Fine. But the minute hand is needle-thin. This watch should have had a thicker minute hand, used the name Heritage, and not been a part of the Black Bay line. 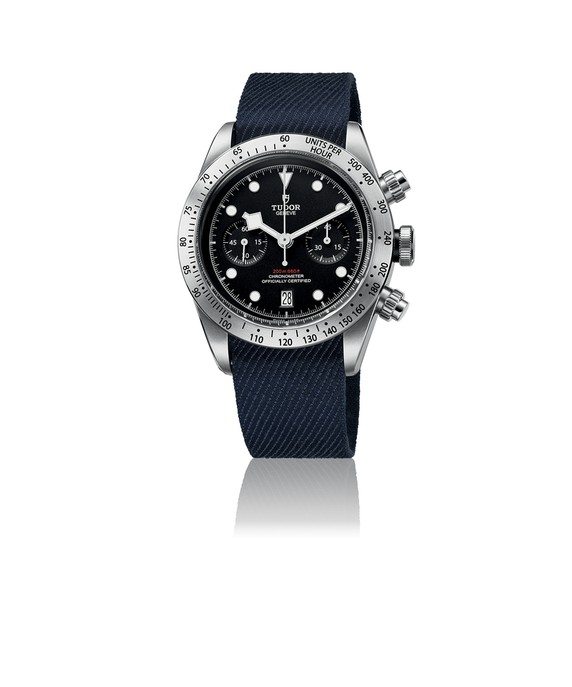 Where this watch came from is also a little unusual. The point of this exercise is to help transition the entire Tudor line away from ETA movements. To make an in-house MT chronograph movement, history repeats itself. When Rolex was reinvigorating the Daytona and needed a self-winding movement, they partnered with Zenith to make the column wheel chronograph movement for it. Here, Tudor has partnered with Breitling. While they share the design, the Tudor version gets a Tudor signed rotor, silicon balance spring, Tudor’s own escapement, and Breitling models will have their own parts substituted. I don’t blame them for partnering with Breitling – making chronographs isn’t easy, and it’s certainly the bulk of Breitling models that come equipped with one. This movement is based on the design of the Breitling B01 and will be called the MT5813 in Tudor. Separately, in what is perhaps a quid pro quo for the partnership, the MT5612 that is employed in Pelagos will make an appearance as the Breitling B20 in Breitling form. (update with thanks to Brian Valta.)

The Tudor Black Bay Chronograph is coming this summer, is water resistant to 200 meters, and will cost you the grand sum of $5050 on a rivet bracelet. For your money, you get a 41mm chronograph with the in-house movement, equipped with silicon hairspring, two register chrono with date. This is the answer to the question, “what would you do if you wanted to offer a very modern, reliable chronograph movement at a somewhat affordable price?” and then covered it in vintage garb. It’s nice if you want a two-register chrono, I like the movement, but I’m not a fan of the hand proportions, which seem thin.