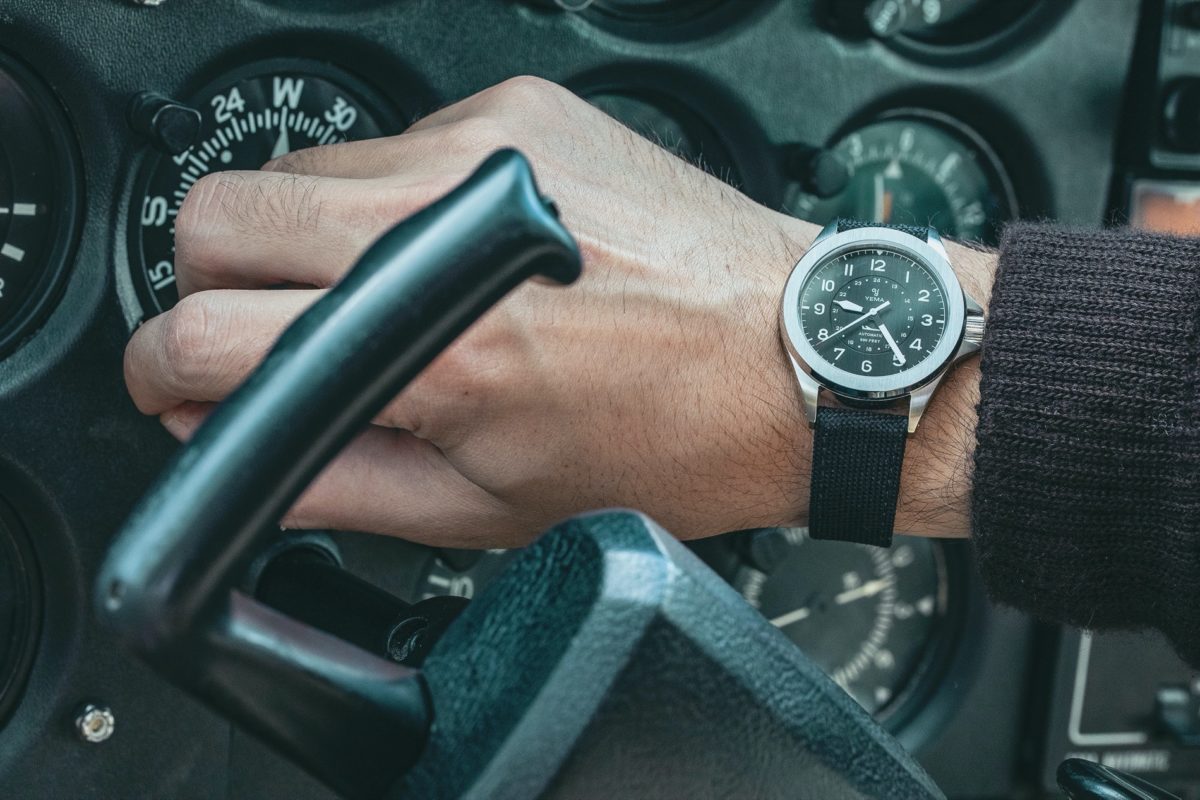 As I mentioned in yesterday’s post, this week is shaping up to be a bit of a Yema week. Yesterday, we talked about a nod to Yema’s dive watch past, and now they’re introducing a new model into their aviation-focused lineup, one that goes by the name Yema Flygraf Pilot.

This is actually the lineup that our previous Yema review (seen here), but the Yema Flygraf Pilot is an all-new model. While it is new, it draws inspiration from pilot’s watches of the 1960s, and as such, maintains some sharp legibility, with either the black or the grey dials.

Both of those dial colors provide the contrast to the white numerals (both main track and 24-hour scale), as well as the filled white handset. I really like when aviation watches do this trick with the handset, as it gives a very crisp look to things in the daylight, and of course gives you a much larger surface for the luminous paint to do its thing in the dark.

The Yema Flygraf Pilot contains an in-house movement as well as the same 300m WR rating that we saw in yesterday’s Superman 63, all in the 39mm case. Of course, the case is different as there’s no timing bezel. Instead, you’ve got a larger flat surface that’s been brushed (to keep down glare, one presumes) and falls into smooth profile with the flat sapphire crystal.

While I don’t know that I’d say the Yema Flygraf Pilot is a style that appeals to me personally, I think a great many pilot-watch folks will find something interesting and unique here. And even if you’re not into pilot watches, finding a solid three-hander automatic with this level of style for just $690 may just grab your attention as well. Check out this watch, and the wider collection, over at yema.com.