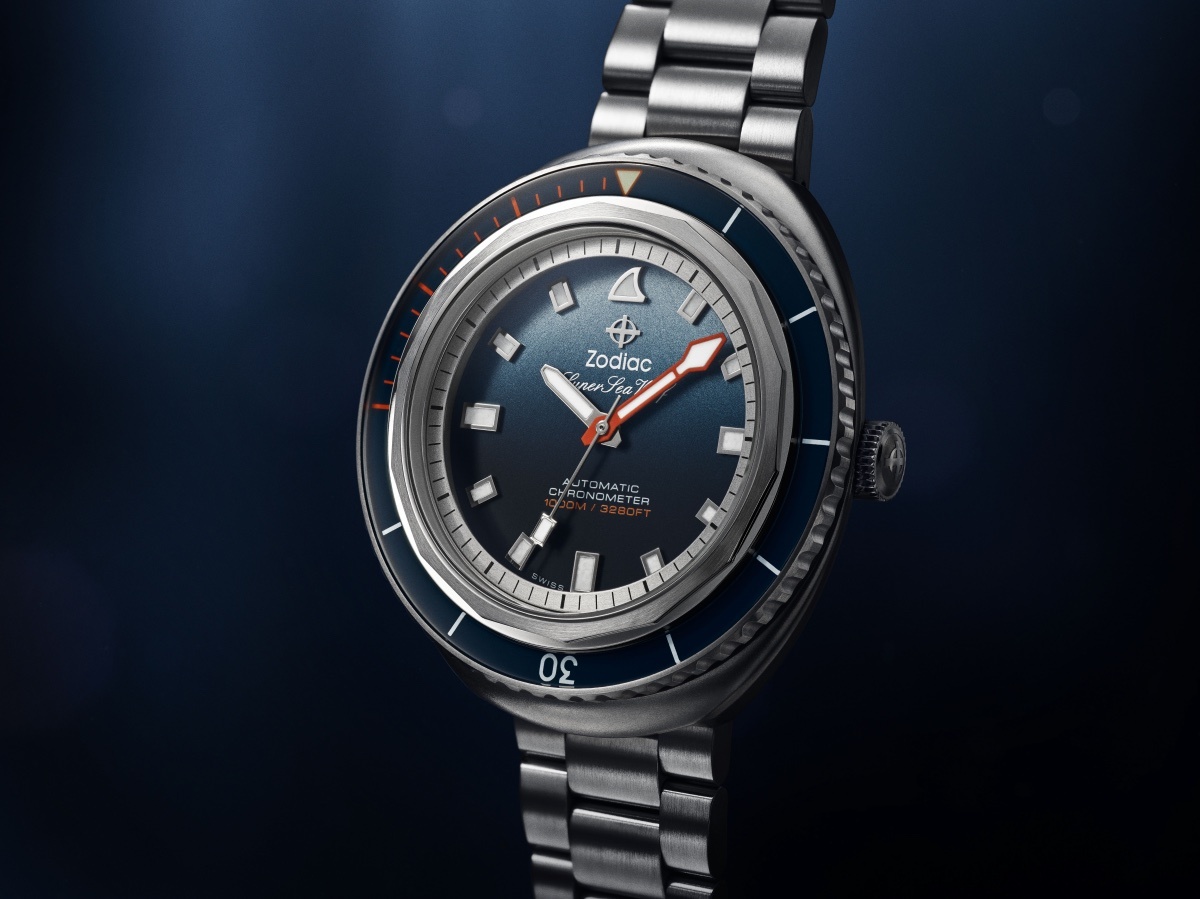 Zodiac, who released some really excellent watches at Basel, are back with a collaboration with Andy Mann. This is the Super Sea Wolf 68 Saturation x Andy Mann Limited Edition Watch. It’s a mouthful, but let’s break it down.

This is the second collaboration between Zodiac and the diver, photographer, adventurer, Andy Mann. Zodiac is co-funding SeaLegacy 2019, an expedition to document the coral reefs in East Timor.

The Super Sea Wolf was originally launched in 1968. This new limited edition version has a textured dial that fades from light to dark blue starting from the 12 position. The 12 indice is a shark fin, as a nod to Mann’s interest in protecting the sharks. He drew the 12 indice himself.

The shark etching on the case back comes from a photo that Mann took, and a print of that photograph comes in the limited edition package, signed by Mann.

This watch feels like it never left 1968, using an oval hidden lug case, bezel insert with only a 30 numeral, marks in 5 minute increments, and a triangle at 12. In so many ways, it’s an updated execution, with details that show the care that went into designing it for the modern age.

The Super Sea Wolf 68 Saturation x Andy Mann is water resistant to 1000 meters, and ships in a package made of 50% post-consumer recycled plastic.

If you have an appreciation for ocean preservation, and like the idea of a metal bracelet, nylon strap, or neoprene strap, this might be your watch. The new Super Sea Wolf 68 Saturation x Andy Mann Limited Edition Watch is now available at retailers. Customers will also receive two exclusive Zodiac stickers and a diver’s logbook in addition to the signed photograph, and the set will retail for $2295. Find out more at zodiacwatches.com