David McCready got into the watch business by accident. His father, a renowned engineer who built some of the first microwave systems, was an inveterate collector of arcane electronics. One day, when McCready was a boy, the son of a jeweler accidentally rang the wrong doorbell. McCready answered and the man peeked in and was amazed at the equipment that filled the McCready’s house. The jeweler’s son followed in McCready’s father’s footsteps and became and expert in electronics. McCready followed in the jeweler’s footsteps — at the age of 13 McCready took up the loupe and watch knife. The rest, as they say, is history.

McCready, who now lives in Arizona, spent most of his teenage years as a jewelers apprentice but left the industry in college to become an engineer, later working for some of the greats like Yamaha. After retiring, he returned to the watch world and introduced his collection of d.freemont timepieces. Freemont is his middle name, and the initial d. comes from his first name, he said.

“There are many fallacies and undisclosed things that have bamboozled the public for years,” he said. McCready, no stranger to the vagaries of the watch industry, has plenty to say about high-end watches. “Rolex and the other brands’ pricing systems are one of the nicest things that have happened to people like myself. These big companies create a market that’s easy to enter. They price too high, and it gives smaller companies a chance to compete. Then they get counterfeited so much you hardly know what to buy.”

“My brother-in-law is a physician and has a gold Rolex President. He’s had it for twenty years. He doesn’t like to wear it because everyone asks him if it’s real.”

McCready prides himself in treating watches and watchmaking like the technical art it is while still maintaining a bit of ornery whimsy.

“I’m just trying to teach people what’s going on,” he said. One of his pet peeves is the so-called modified movement. “If you take apart an ETA movement and put it back together, it’s not going to run as well as it would if it were stock from the factory.” 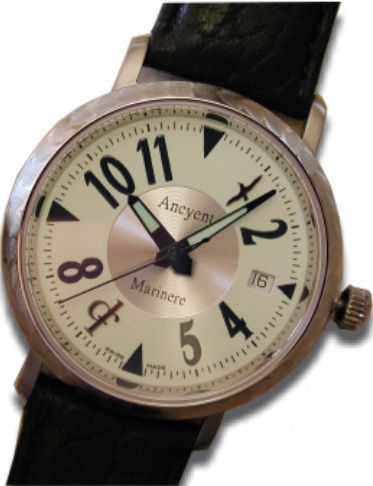 All of his d.freemont watches are Swiss-made using ETA and Valjoux movements purchased directly from the notoriously tight-fisted Swiss movement industry. He purposely keeps prices low by only selling online and handling all the sales himself. He said that retail sales add a massive mark-up.

“The dealer organizations in this country alienate customers,” he said. “The service is horrible and people base value on the price-tag. They think if it’s a $15,000 watch then it has to be good.”

McCready has been building and selling his watches for about 12 years and is now representing the Swiss brand Davosa in the States. After years in the industry, he’s excited about recent advances in technology and the new sales channels offered by the web.

“The industry is just opening up,” he said. “We’re opening doors that never existed before. There’s a lot of good and bad information out there.”