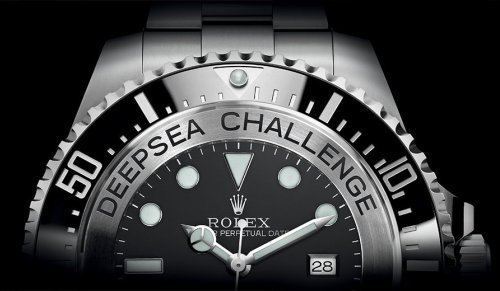 I like dive watches.  My first automatic, years ago, was an inexpensive (Freestyle I think) dive watch that I purchased because I started diving.  For years, my daily watch was a Eco-Drive titanium dive watch.  My first purchase on kickstarter (and the direct link to me writing for this site) was an Anstead dive watch.  My first high end watch is likely going to be the Omega Seamaster in orange (once I run out of other things to spend $6,000 on).  But let’s be honest, these are no longer tools for diving, rather they are fashion choices. So what is a dive watch?  Well, the International Organization of Standards has created ISO 6425 which sets a minimum water resistance of 100 meters (10 atm, 330 feet), the inclusion of a unidirectional bezel (or similar timing mechanism), a luminous second hand (typically), and several other requirements.  They boil down to the ability to read the watch in any light at a considerable depth, know how long it has been since you started your dive, and know that the watch is running.  All sensible requirements, and totally unneeded in modern diving. I was certified in the 90s, when dive computers were becoming more common and affordable.  I was certified using dive tables, so a diver had to have a dive watch and a depth gauge to know how long they had been down, and what the maximum depth was.  The various dive organizations modified tables created by the US Navy to set limits on how deep and how long a diver could stay underwater, especially with repeated dives.  When we dive (on standard tanks), we breath compressed air.

At depth, we breath in more molecules of nitrogen per breath than we do on the surface, because the air is compressed.  Air is mainly nitrogen (about 78%) with 21% oxygen and 1% other gasses.  At depth, the nitrogen remains dissolved in our blood, but if divers ascend too quickly, or go too deep for too long, the excess nitrogen can end up doing some really nasty things to our body, leading to decompression sickness (DCS, or the bends), nitrogen narcosis, and other issues.  Dive tables are designed to keep recreational divers from ending up with too much nitrogen in our blood.  A diver looks up a table reference based on how long they dove and how deep, then how long it has been since the last dive, and the diver gets a maximum time for a planned depth for the next dive. Dive computers changed the way we do this.  A dive computer tracks how long the diver is underwater, and minute by minute (actually faster), how deep they are.  An algorithm then computes the nitrogen saturation and gives a maximum dive time for that depth.  Go deeper, and the computer adjusts on the fly, shortening the allowable dive time; ascend a bit, and the time increases.  With dive tables, it is difficult to make more than 3 or 4 dives a day (the tables make a lot of conservative assumptions).  With dive computers, 5 dives a day, day after day, is achievable and safe.  I bought my first dive computer shortly after getting certified.  I currently have two computers, one is attached to an air hose to give me additional information, and the other is wrist mounted.  My wrist computer is pretty big and isn’t a great watch, but with products like the Suunto D9tx (above), there really is a modern dive watch, and it is not the one with the unidirectional bezel. So from where did the dive watch as we typically know it emerge?  Rolex, Omega, Panerai and others made watches that were water resistant to great depths starting in the late 1920s and 30s, but the Blancpain 50 Fathoms, first produced in 1953, was the first watch that would be recognized as a dive watch by today’s standards.  It was built to the standards specified by the “combat swimmers” of the French Navy, and set the standard for what dive watches would become.  It was meant to accompany French Frogmen on diving mission to 50 fathoms (300 feet/91 meters), and soon found its way onto the wrists of Navy divers from other countries, as well as undersea explorers like Jacques Cousteau.