How do you know if a watch has radium hands? 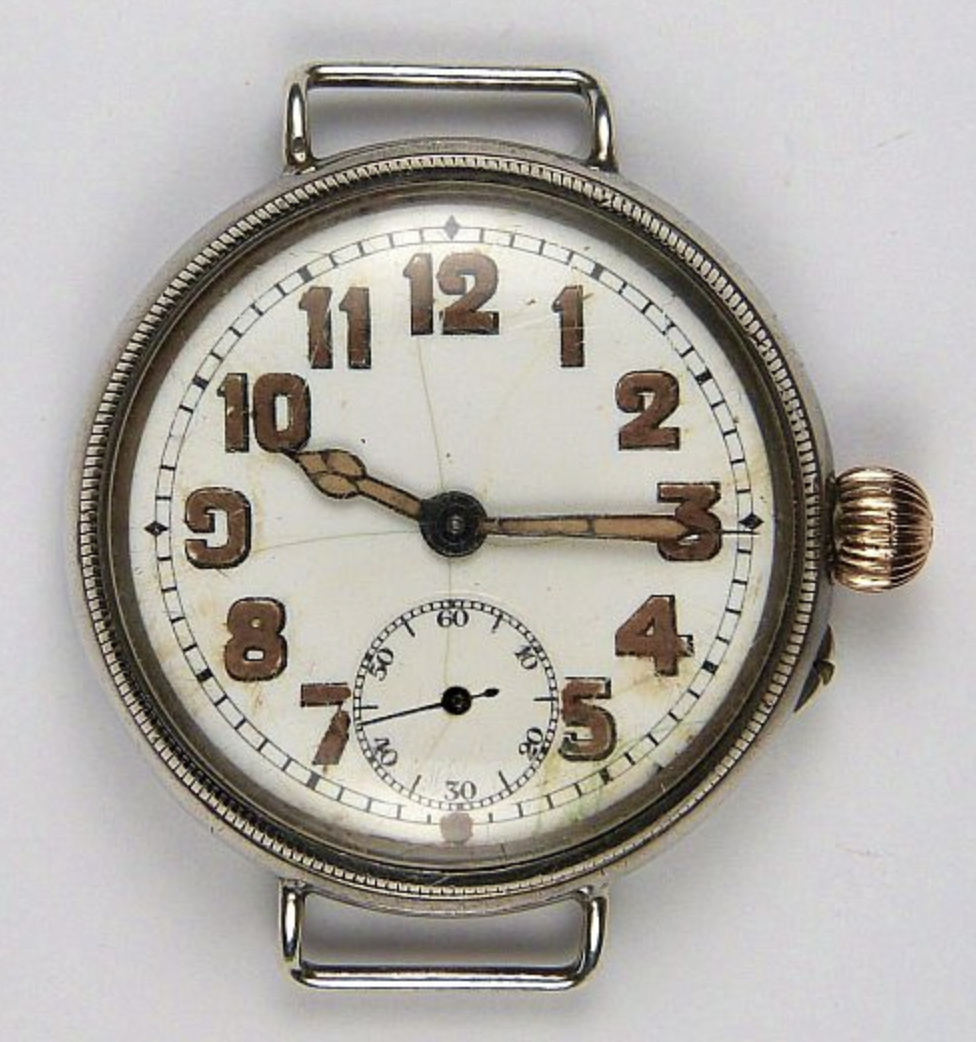 Before we begin, please remember that radium is a dangerously radioactive substance and repeated exposure is very dangerous. Horrible things happened to watchmakers who used the material in painting hands and numerals and devasting diseases like jaw and stomach cancer often plagued assembly-line workers in the days when radium was still in popular use. Read the book Radium Girls for more info on this topic.

Radium was commonly used on many watches built during World War I. These watches, called Trench Watches, had luminous faces for reading in the dark trenches along both sides of the battlefield and often featured big, bold numerals and hands to maximize the radium’s surface area.

Radium became more popular in the intervening years and almost every watch between 1917 and the early 1970s used a form of radium paint.

Rolex, Omega, Patek Philippe, and any major watchmaker used radium on their dials. Any luminous watch made before 1970 is almost definitely coated in some amount of radium.

According to the EPA, radioactive antiques are still highly dangerous and were made more so by safety failures in the painting process:

Radium is highly radioactive. It emits alpha, beta, and gamma radiation. If it is inhaled or swallowed, radium is dangerous because there is no shielding inside the body. If radium is ingested or inhaled, the radiation emitted by the radionuclide can interact with cells and damage them. During the production of radium dials, many workers who painted clock or instrument dials with radium developed cancer. To create fine tips on their paint brushes for small surfaces, many radium dial painters licked the bristles of their paintbrushes. In doing this, they often swallowed some of the radioactive paint. In the body, radium acts similar to calcium, so the radium that workers ingested was deposited into their bones. Many of these workers developed bone cancer, usually in their jaws. Eventually, scientists and medical professionals realized that these workers’ illnesses were being caused by internal contamination from the radium they ingested.

A radium watch may still be radioactive years after manufacture. Radium retains its fluorescence for a long time and many radium dials might still have a charge in them. They tend to “burn” over time, turning the hands a dull brown. Plastic crystals can often exhibit a burn-in from the paint.

How do radium watches work?

Further, the radium is often covered in varnish which becomes weak and will flake off hands and numerals. These paint flakes are equally dangerous and care should be taken not to breathe them in.

How to fix a radium clock or watch

Do not touch or change a radium dial. If you want to replace your hands or face, the best bet is to have a repairer repaint the dial with nonradioactive paint. That said, you probably shouldn’t touch a radioactive dial at all as many collectors prefer the patina and changes that these timepieces go through over time. Again, these items are very dangerous, and constant exposure is dangerous.

A good watchmaker can remove the old radium paint and replace it with modern luminescent substances, allowing an old trench watch to have a second life. Do not attempt this yourself as the material is still radioactive and getting the right look and feel is very difficult.

3 thoughts on “How do you know if a watch has radium hands?”