Ollech and Wajs is back! 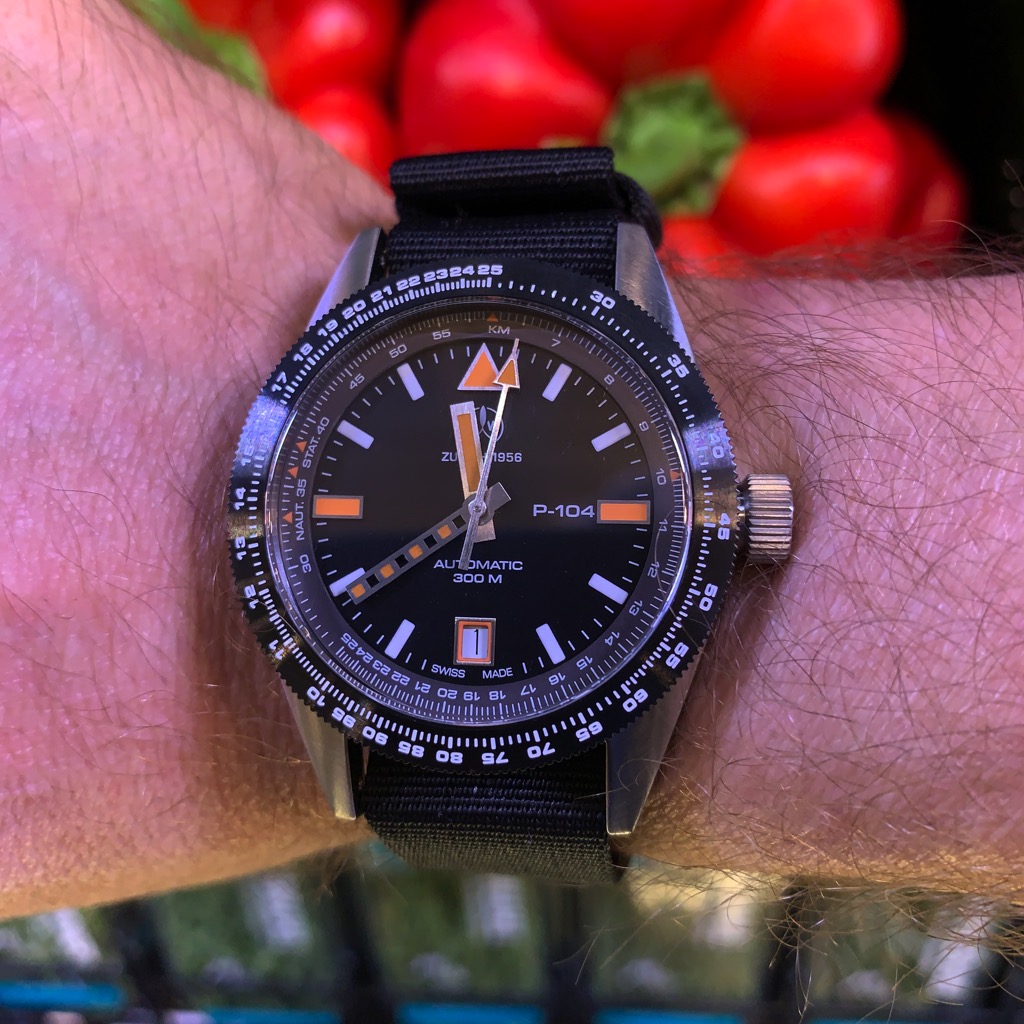 Ollech and Wajs were a historic brand, an alternative vision of what a dive watch could be. They pioneered the idea of an affordable stainless steel watch, and the refrain we hear so often today, “we cut out the middleman,” selling direct to US customers by mail in the 1950s.

Ollech passed away in the 1970s, and Albert Wajs continued on, producing small numbers of watches, using Swiss ETA movements. These used to be sold through WestCoastTime and others. Along the way, a collector formed a relationship with Wajs, and after 10 years of talks, arranged to buy O&W from him – and we’re glad for it.

The new company exists with two goals: to make O&W watches based in the tradition and design aesthetics of historic O&W models, and to make them almost entirely in Switzerland. That’s correct: even the stainless steel case is formed in the Swiss Jura mountains.

The O&W brand has a lot going for it: they enjoyed great popularity with US soldiers in Vietnam, selling through the US PX in the late 60s. They supplied parts to Breitling, and when Breitling got bought by Sicura, O&W, who had been making parts for the Navitimer, bought up additional parts from Breitling’s supply and manufactured the Navitimer under a sub-brand, Aviation. Chronographs and slide rule watches like the Selectron and Astrochron were popular at NASA. It was a golden age for O&W.

And now they’re back. The P-101 and P-104 models are the first in the new series, and they share the same back and midcase, both clocking in at 39.56 mm wide, with a screw-down crown and sapphire crystal providing 300m water resistance.

As O&W always did historically, the movements are sourced from ETA. In today’s watch, there’s 38 hour power reserve from the 2824 movements, and a custom signed O&W rotor.

The P-101 is named for the McDonnell F-101 fighter jet, capable of reaching 1000 miles per hour in 1956 – the same year O&W was founded. As an aviation watch, it has a 12 hour bi-directional rotating bezel for easy use as a second time zone.

The dial is a nice matte black with raised markers at 3-6-9, date at 6, and all hour markers painted a nice luminous aged radium color. The use of applied indices at 3-6-9 and painted indices for the rest of the dial is an interesting combination mixing the 1950s-1970s aesthetic with the applied indices of the 1980s.

The hands are interesting, too, consisting of bold rectangles with 8 square windows for lume in the minute hand. The second hand is tipped with a bold big arrow for lots of lume, too.

And it was enough. But they didn’t stop there.

The P-104 model uses the same Swiss brushed stainless case, and changes out the bi-directional 12 hour bezel for a slide rule bezel, recalling the golden age of O&W, the Selectron.

In addition to the bezel, P-104 has an interesting lume scheme: where P-101 is all the same aged-patina-radium tone of lume, P-104 introduces orange in the markers at 12, 3, 9, and rings the date window aperture. The second hand big triangle gains the orange lume, and the minute hand’s 8 square segments are punctuated, orange and black alternating.

This is not a review of the P-101 and P-104 models – that will come in the next few days. For now, we’re glad they’re back, and we’re privileged to have them here with us to bring you a hands-on review.