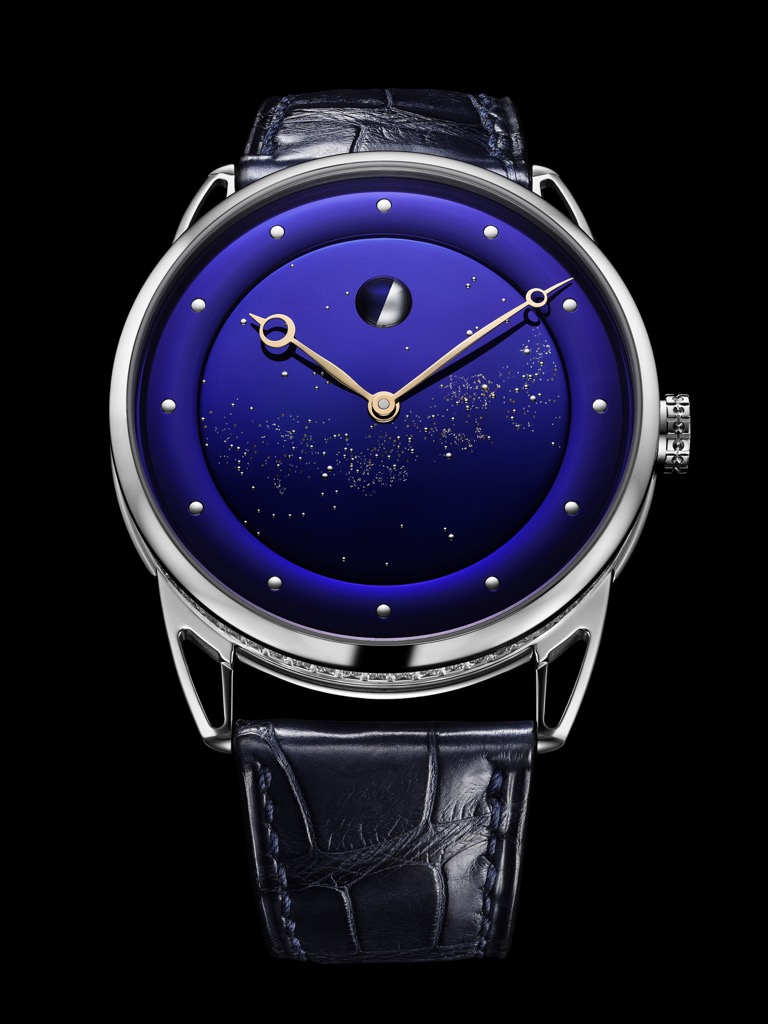 De Bethune has been playing at celestial complications for most of its 15 years making high-end watches, but none quite transport you to the stars like their new DB25L Milky Way. The Milky Way shares much with the existing DB25L, but adds a magical gold dusting that represents our corner of the universe.

Like the current model, the celestial dial is purely decorative. Here, small white-gold orbs light the flame-blued titanium sky and gold flake fills in for the via lactea. The moon phase indicator at 12:00 is functional; the blued steel and palladium orb spins accurately for 122 years before needing adjustment. 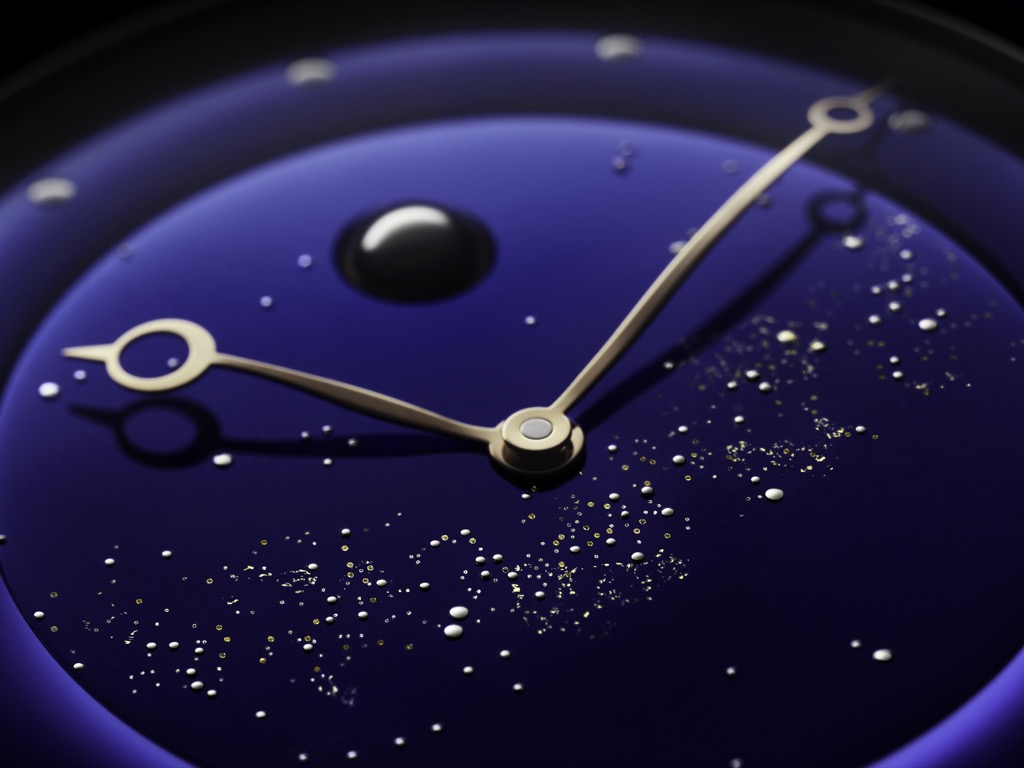 The horological star, however, is under the dial: De Bethune’s in-house DB2105v2 manual movement. You could scarcely pick a more appropriate movement for a space watch. An automatic won’t spin in weightless space, but the six-day power reserve will almost get you to the moon and back, if you hustle. And the Star Fleet-inspired bridge next to the silicon escape wheel and subtle power reserve indicator only helps fill out its space watch bonafides. Not that NASA will be commissioning a platinum time-only watch with 66 baguette diamonds circling its 44 mm case; although I’m sure De Bethune stands ready to fill that order should the new administration decide to class things up on the Mars mission. 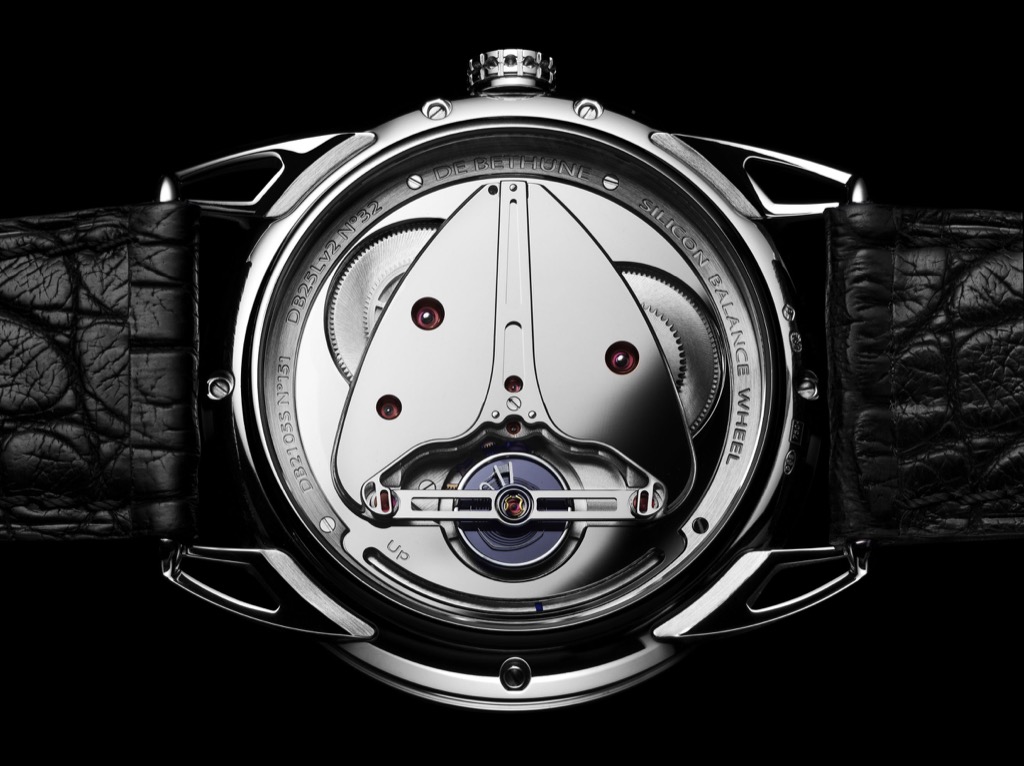 But this watch is really meant for those of us on the ground, who need a piece like this to feel as close to the stars as an astronaut does. It’s surprising how something as terrestrial as a little bit of gold flake on a titanium backdrop can so poetically capture the night sky. Maybe not as surprising as a $255,000 wristwatch, but still surprising. debethune.ch