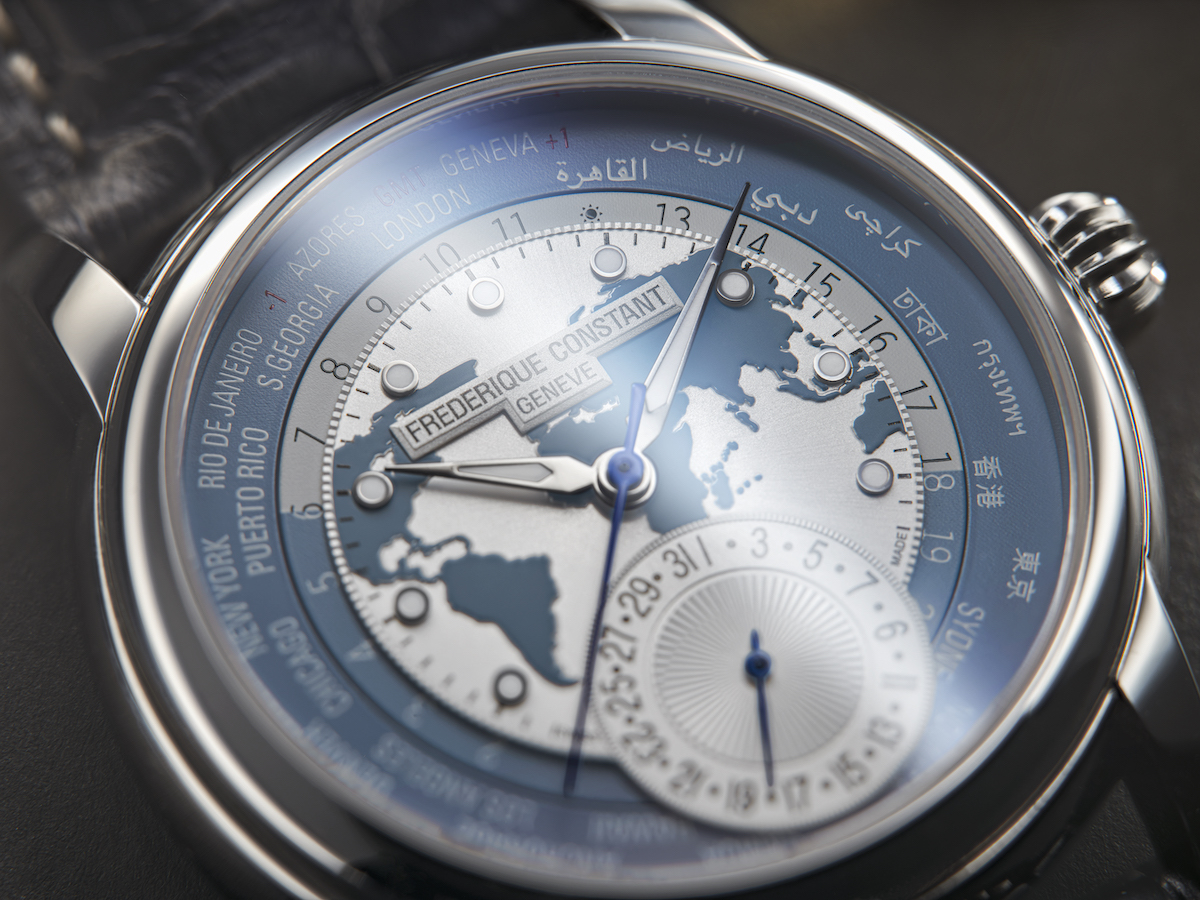 Fans of the FC Worldtimer Manufacture will be pleased to learn that the watch has now been translated into multiple local languages, offering a bit of frisson to your globe trotting adventures.

The watch features city names in multiple languages including English, Arabic, Urdu, Bengali, Thai, Chinese, Japanese, Spanish and Brazilian. Geneva is in English to show off its “international” flavor.

The watch dial features a white background to represent the oceans of the central planisphere, itself embossed in light blue. All around luminescent indexes are applied to ensure perfect readability, even at night – like the hour and minute hands, marked in the same way. The blue disc displaying 24 cities unfolds on the flange, and at 6 o’clock the date is displayed by a hand on a white, fine sunray guilloché dial.
The hands of the hours, minutes and seconds – as well as the contour of the indexes – elegantly feature a pearl black color. With a 42 mm diameter, the Classics Worldtimer Manufacture Native Edition timepiece is worn on a black alligator strap with a folding buckle, decorated with the emblematic seal of the Frederique Constant Manufacture, an eternal passport for escape.

It’s not a big change but it’s pretty interesting from an aesthetic and inclusion standpoint. This Worldtimer goes for $4,495 and will be limited to 100 pieces. It’s shipping now.