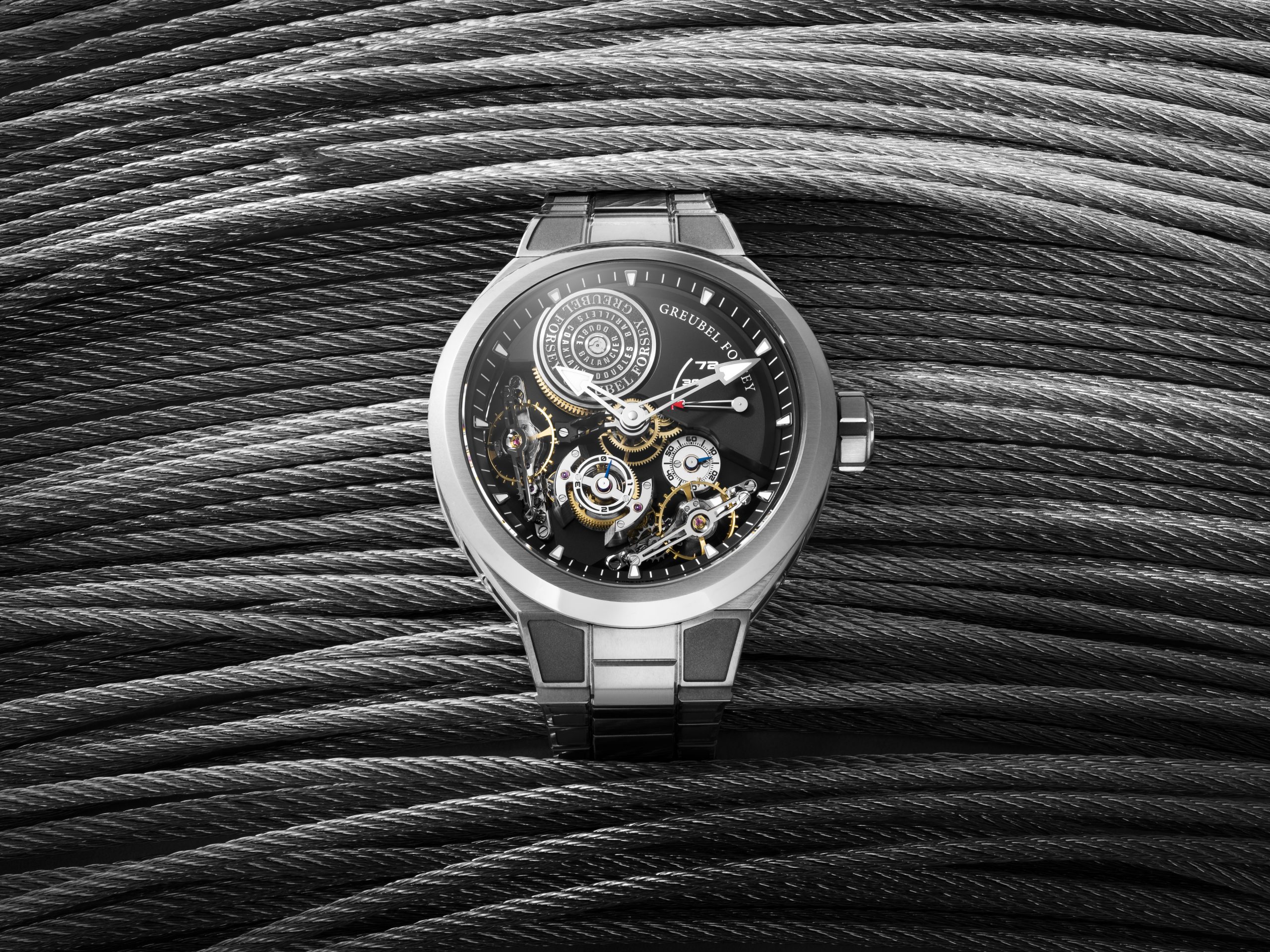 The limited-edition titanium Double Balancier Convexe is a watch with two balance wheels, a system that is believed to improve accuracy while making the piece a thing of beauty that costs more than a midwestern house.

The piece has a spherical mechanical differential which allows the synchronized balance wheels to help drive the hands and it features a 72-hour power reserve and a minimalist skeletonized dial that makes the whole thing look far sportier than a traditional GF watch.

The watch itself is a technical marvel. Encased in titanium, the movement is surprisingly complex (almost needlessly so). That said, it’s as pure an example of haute horology as you’re ever going to see and well worth a drool or two even if you can’t afford it.

The timepiece gets its name from the convex profile of its 43.5 mm titanium case. It’s plunging lines that hug the curve of the wrist raised significant technical challenges, requiring the sapphire crystal and above all the movement to adopt to this unique shape.

This new composition showcases its movement spectacularly. The gear train emerges from be- low the surface of the seemingly semicircular black-treated titanium bridge and extends into the hour and minute hands which tower above it. The semicircle itself is rendered asymmetrical by an opening for the barrel cover, central hours and minutes indication, and by an opening which provides space for the small seconds indication below it. The engraved and lacquered minute indexes are nested within the three-dimensional chapter ring, but the polished hour indexes surpass it, plunging deep into the movement.

Fun idea! Why not send your servants out to pick this guy up when you have a moment between flying to Dubai to escape U.S. sanctions! Your wrist will thank you for it.