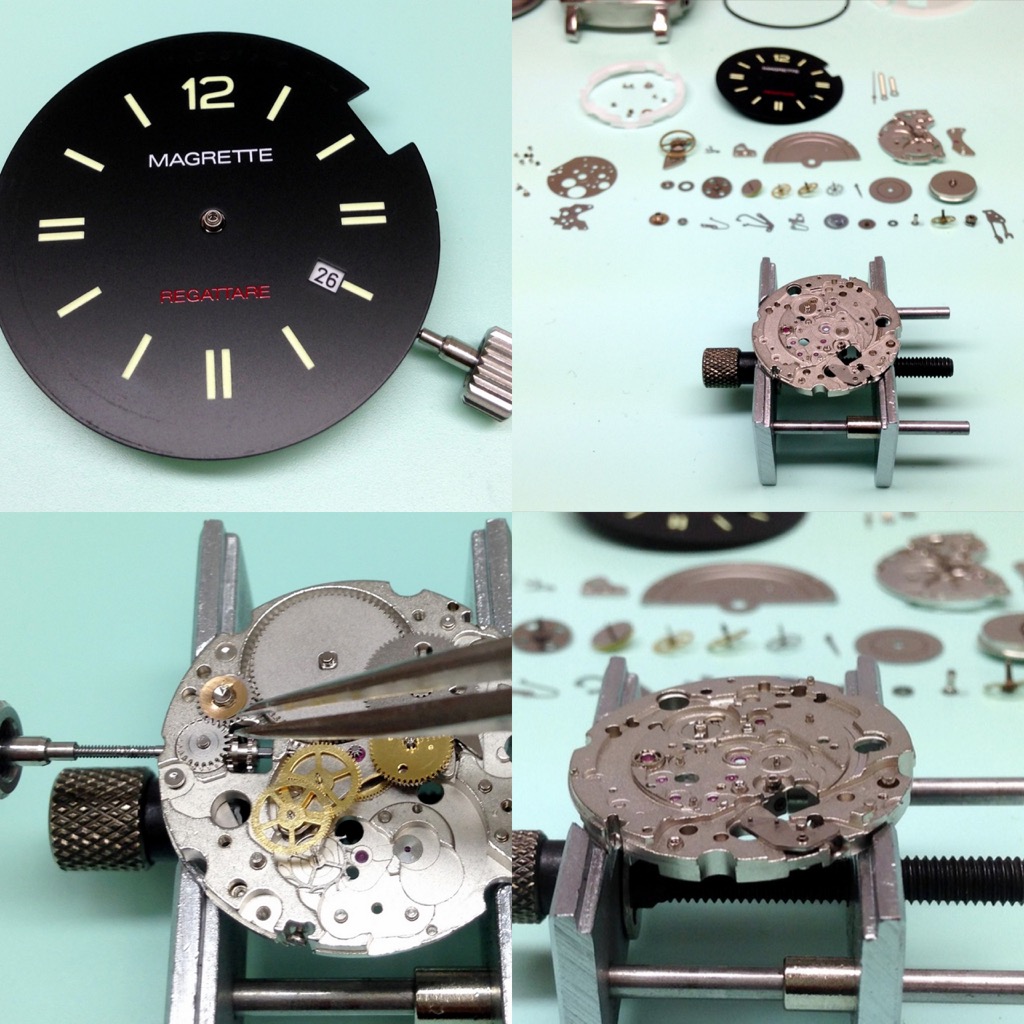 Ah, the mechanical watch.  This is truly a modern mechanical wonder.  They sit on our wrists with not much day-to-day care needed other than the occasional winding (if manually-wound) or simply to be worn (for the automatic brethren).  Because they do their work without much fuss, we might tend to overlook something that is very critical for these micro machines – the fact that that they need service.  While you have options, they are not as numerous as they may have once been.  Then again, it’s the internet to the rescue.  Cue my experience with TotalWatchRepair. 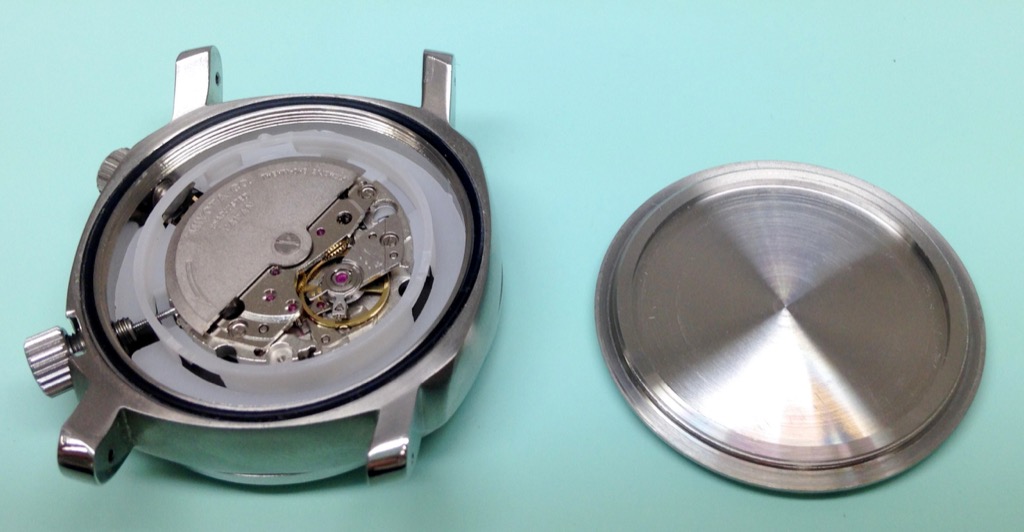 Used to be (or so I like to imagine in sepia-toned daydreams) that you could find a good, competent watch maker not that far from you, where you you could stop in, drop off your watch, and trust that the work would be done, and done well.  At least by me, I have not found that to be the case.  If your watch came from one of the big brands, then yes, you could send it back home for a service.  In fact, for some of the luxury brands, that may almost be expected.  What if you have something from an indie, though?  Well, if they’re using common movements (and who isn’t, these days) then servicing should not be an issue. 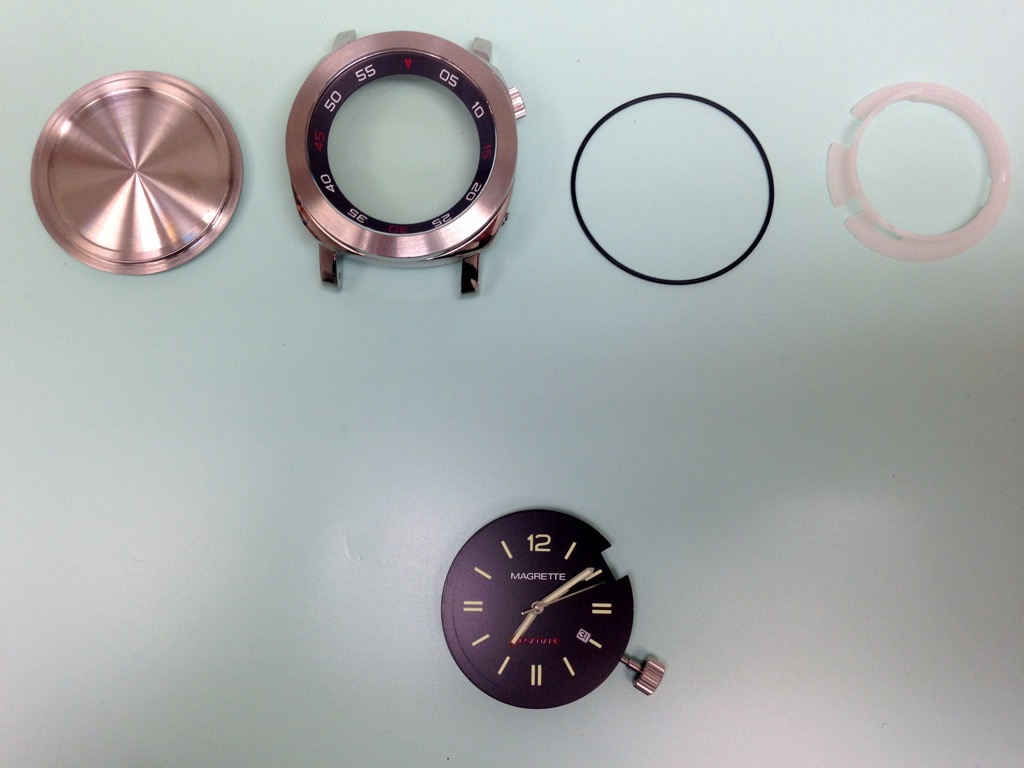 As I mentioned, I have not had luck finding a local shop (either by my home or my office) in Chicagoland that I would trust, let alone try out.  I do have one fellow I’ve sent stuff to (recently) based on a recommendation from a good friend, and that went very well.  I realize that not everyone is going to be comfortable sending their watch to some random independent watchmaker, so that’s where a place like TotalWatchRepair comes in. 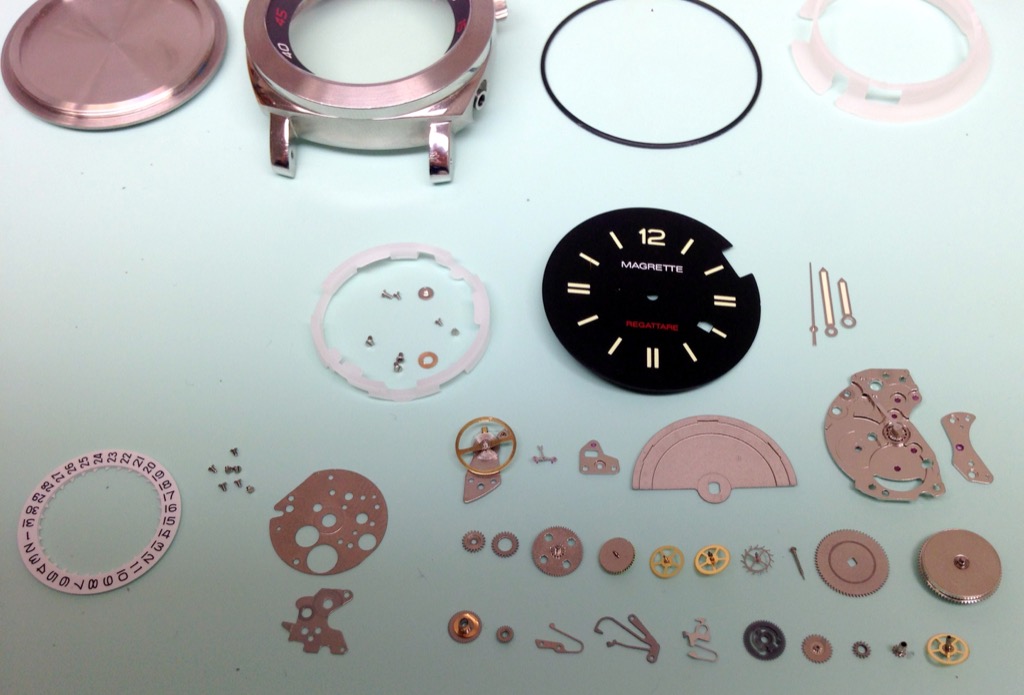 Before TotalWatchRepair reached out to us, I was not aware of them.  Then again, I had not done much research into the online repair shops, as my watches were not yet due for regular maintenance service (this should be done every 3-5 years, just to keep things running well).  Well, as it turned out, my trusty Magrette Regattare 2011 was coming up on that 5 year mark (it’s the first automatic I’ve owned), so I thought, let’s give that one a go.

As part of the process, I did ask TotalWatchRepair for an additional thing that most folks wouldn’t have when sending it out for service – they took photos of the process.  I have to say, it’s many kudos for the watchmaker who was working on my Magrette, as I imagine the photography must have slowed them down a bit.  That said, it was cool to see the inside of the watch, and the process of tearing it down and building it back up (how cool would a sped-up time-lapse video of this be?).  I also got a kick out of seeing the service date written on the inside of the case back – handy to have that history, for me or any other owner. 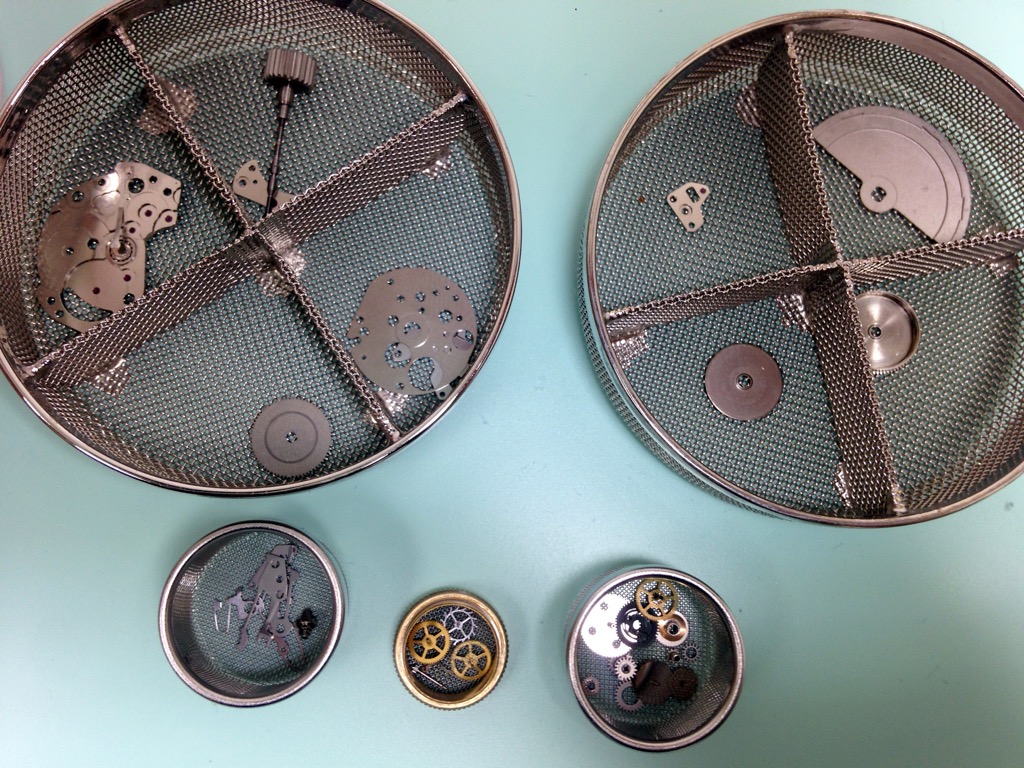 In terms of the process, it was fairly painless.  You fill out a form online, send the watch in (via the carrier of your choice), and you’ll be contacted with a basic estimate once they have had a chance to look the watch over, and review whatever your request was.  This could be a simple maintenance overhaul, as we did here, or maybe there is some specific issue that needs to be addressed (say, it skips a date and two hours on the 23rd of every month, or whatever it is). 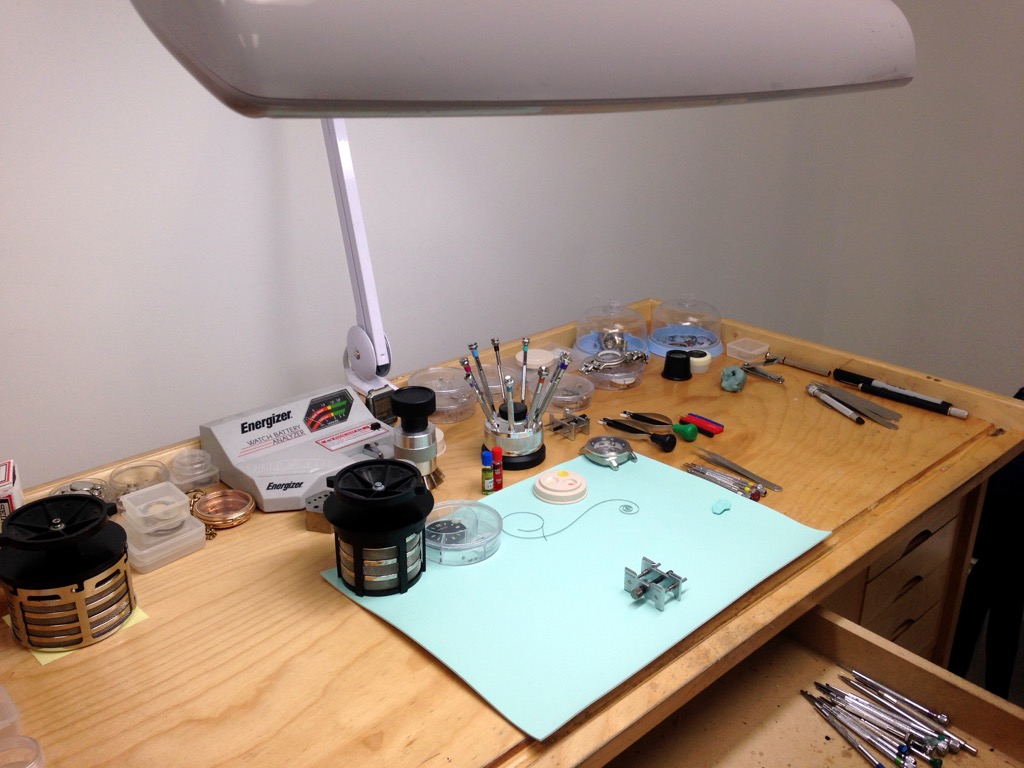 Once the work is done, then they send it on back to you, and you have a watch that’s good to go for another 3-5 years.  In terms of pricing, the basic maintenance service will run from $299 – $499, depending on the watch and movement, and will be done in three weeks or less.  As to whether or not that pricing is good or bad, I honestly cannot say.  It’s more than I paid the independent watchmaker on a different service, but it may well be inline with what larger repair shops charge.  Then again, you can get yourself 10% off with TWR when you reference this article (just paste a link in to it) when contacting them about your repair. 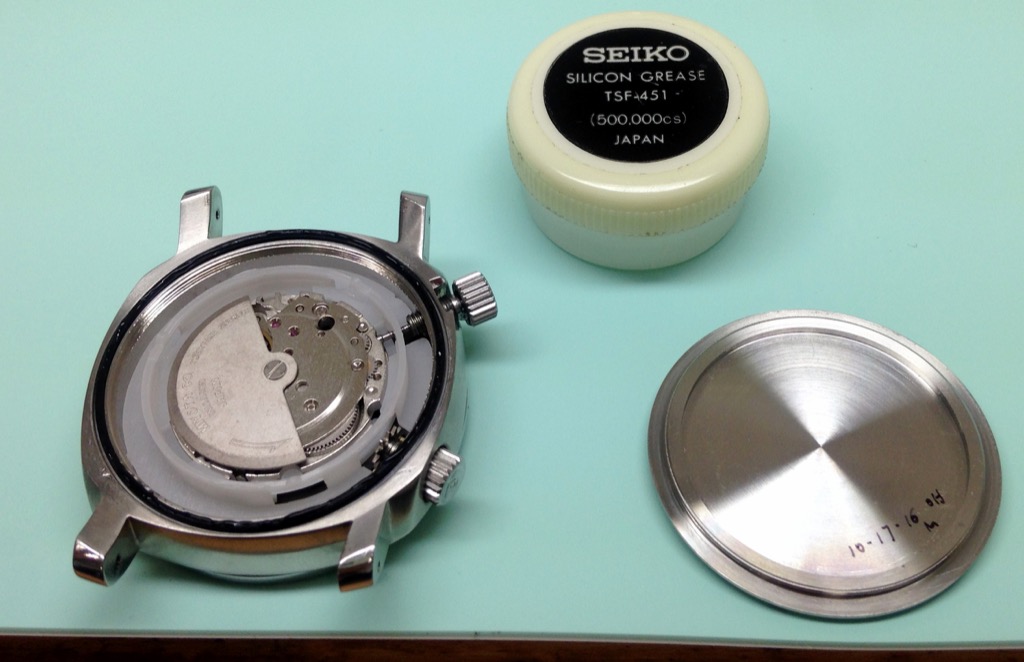 Since I’ve had the watch back, the Magrette has been running well (and accurately, to my eye), and I did not notice any additional marks or the like on the case, crystal, or caseback.  In other words, I am pleased with the results that I see in the work that they did.  Would I use them again?  Probably, as one assumes that a bigger shop would have a wider array of parts on hand (should one be needed) in the course of a repair.  Then again, if I can find some local shop that I can actually talk with in person, that would sway the decision.  For now, though, it’s all online – either out west with TotalWatchRepair, or on the east coast with the independent guy that I’ve used previously.  If any of you have recommendations on watch shops that you like (online and/or in the Chicagoland area), feel free to comment below or drop us a line, as I am curious as to what others’ experiences have been.  totalwatchrepair.com

2 thoughts on “My Experience with TotalWatchRepair”