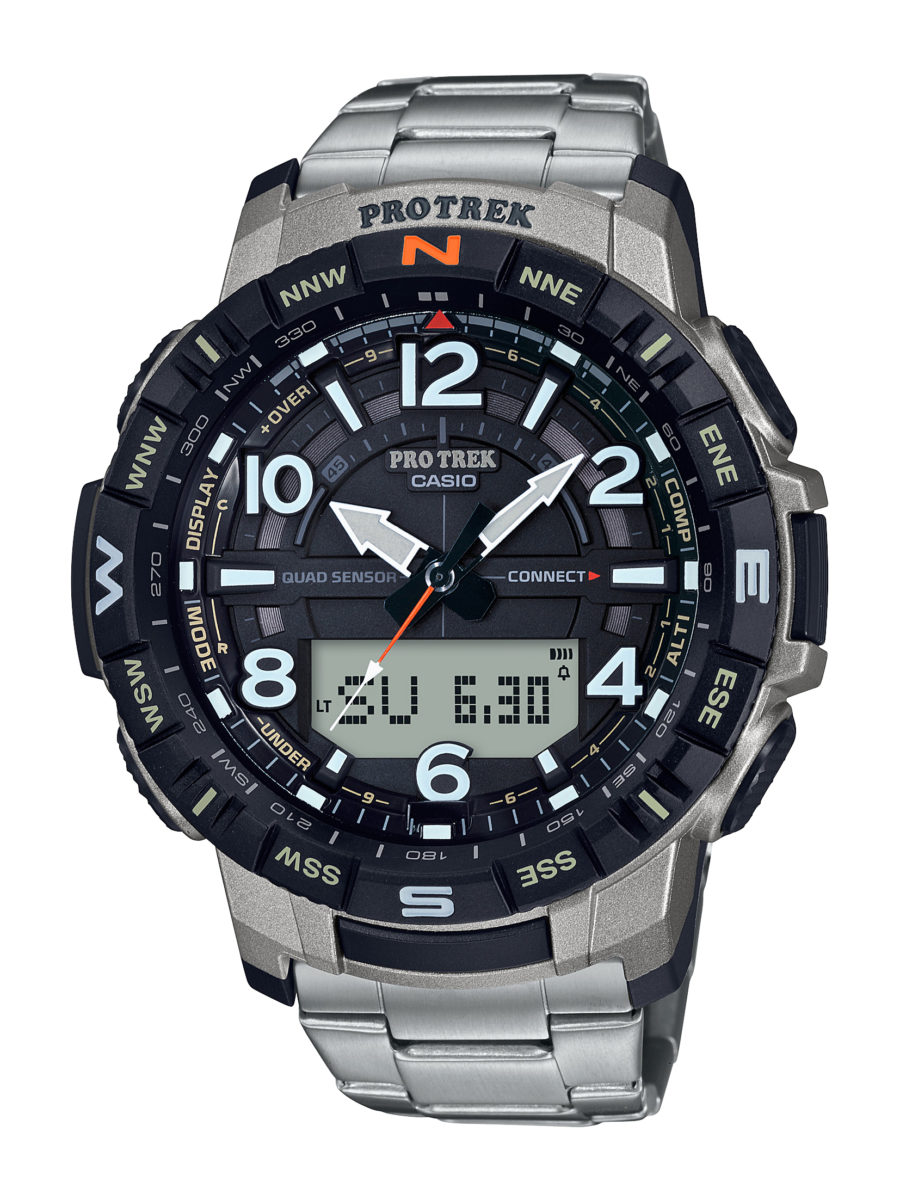 By now, you should be quite familiar with the idea that Casio ProTrek watches are really designed for outdoors adventures. But what if you want a watch that won?t stand out like a DayGlo vest at the office? Then perhaps these latest additions to the Casio ProTrek PRTB50 lineup are what you?re looking for.

As you?ve learned from some of our prior articles, the Casio ProTrek lineup has graduated from the Triple Sensor to the Quad Sensor, which adds in a step counter to the expected altimeter-barometer, compass, and thermometer sensors. You?ve also got a Bluetooth radio in there, which can pull things like altitude and time corrections from your phone, and send over activity logs. In short, it?s a semi-connected outdoors watch.

So, what makes these new additions to the Casio ProTrek PRTB50 collection a bit more office-ready? For starters, the designs are a bit more restrained. They?re not overly bright, and to my uncalibrated eye, the compass bezels seem a bit slimmed down. On the material front, they?ve actually gone with titanium for the bracelet (and presumably for the case, though the specs are mum on that), which should lighten things up a bit.

For these new additions, you?ve got two colors schemes. You?ve got the Casio ProTrek PRTB50T-7 ($300) with the silver tones, and then the ion-plated Casio ProTrek PRTB50YT-1 ($380) with is all stealthed out, including an inverted LCD display. This feels like a relatively minor adjustment to the lineup (other than the use of titanium), but if you?re wanting something to hit the trails right from the office with, well, they?ve got you covered. protrek.casio.com