The Defakto Transit is anything but standard 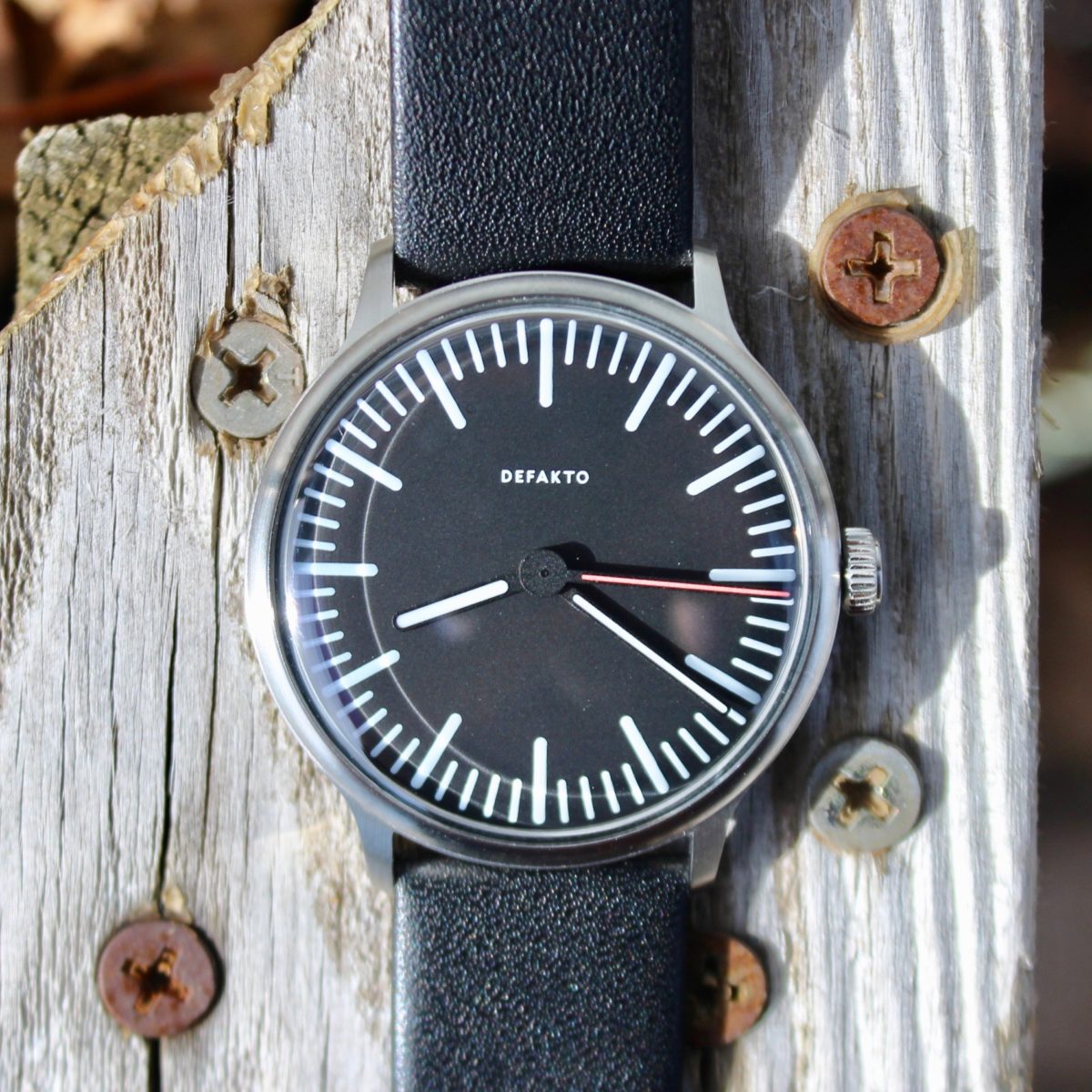 When it comes to designs coming from brands that call Pforzheim home, it can feel (sometimes) like you’re getting a lot of the same thing over and over again. And sure, there’s a commonality there, but it can start to feel a little bland. And then you get to the stuff coming from Defakto (and the the sister brands Archimede and Limes). Yeah, there are some “standard” designs, but there are plenty of unique ones (say, like this one), and that’s where we find ourselves for today’s review of the Defakto Transit Standard.

When it comes to watches come from the Ickler group (as I’m going to refer to them), everything really starts with the cases. The Ickler-designed cases are some of the nicest ones I’ve handled, and seem to do well with economizing just what can be fit into a slim packaging. While the Defakto Transit Standard carries a 40mm diameter, it’s also under 10mm thick (9.8mm to be precise) which makes for some easy-wearing watch.

Tucked into that was is the evergreen ETA 2824-2 movement, which gives you that lovely Swiss precision and serviceability. And then you have the dial that is set over that movement, and that’s where things get fun. It has a matte black finish to it, on top of which you’ve got these elongated and rounded indices. The main hour markers are larger (thicker and wider) with the minute markers slightly smaller. They both pick up the size and shape of the handset (though reversing things in lengths, I suppose). They look great in the daylight, but in the dark? It’s something else.

The hands and indices of the Defakto Transit Standard are filled with the same green SuperLuminova (shame they didn’t play with some other hues on the larger indices or hands) and then for a surprise treat, the red seconds hand is lumed as well! While I won’t go so far as to say that it’s the same as a tritium dial, it certainly gives the appearance of what you’d more commonly expect from that treatment.

Flipping the Defakto Transit Standard over (in the daylight, not at night) will give you an eyeful of that movement, as well as (subtly) highlighting the fact that there isn’t an overly large spacer holiding that movement in place in the case. Attached to the case is basic, and serviceable, leather strap. The signed buckle is a nice treat, but the strap itself is, well, just a nice strap. It’s not one that you’d necessarily pick out of a lineup, nor is it one that you feel like you’ll replace a week after you get the watch. It’s just right for the watch, but I can see wanting to explore around with trying other straps; perhaps something that picks up the red of the seconds hand.

Every time I have an Ickler group watch in, I’m surprised (all over again) by just how much I like the watch. In this case, the $844 Defakto Transit Standard is giving you a three-hander design that you simply aren’t going to see other places. Sure, it’s not a brand someone just starting out is going to gravitate towards, but for those who’ve matured in their collecting a bit, I think Defakto (or any Ickler brand, for that matter) is going to be a solid German addition to the watch box. For how much I enjoyed my loan of the Defakto Transit Standard, it’s got me thinking I need to revisit that Defakto Mitternacht and see if any are still in stock… defakto-watches.com