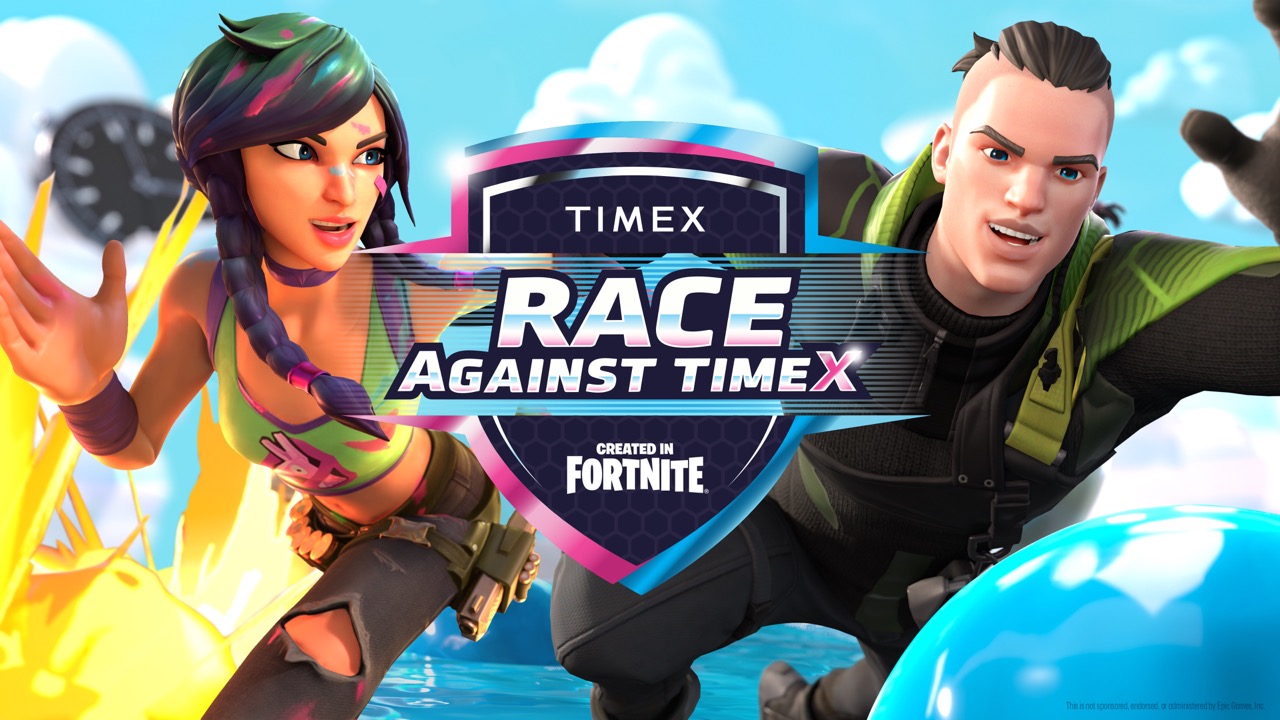 Timex has been making clocks and watches since 1854. Fortnite is Epic Games’s very popular immersive game that has a Battle Royale, cooperative mode, and creative mode. Over the past few years, Fortnite has been exploring the intersection between real life and the so-called ‘meta verse’ – and now, the two come together.

What is a metaverse?

A game or environment that lets you experience events that aren’t explicitly in-game, or allows you to build, create, and socialize, could loosely be called a metaverse. Fortnite has held concerts inside the game, and the emote dances that get used in game have become popular outside of the game. Other metaverse examples might be Roblox or Meta (Facebook)’s own metaverse that focuses on VR.

Timex has worked with Epic to make a “Race Against TimeX”, a series of challenges that puts players into multiple races to… well, compete against the clock. It’s a virtual world where watches are power-ups.

Timex is the first watch brand to have a dedicated island in Fortnite creative.

Race Against TimeX includes 6 mini-games, each pitting players against time, with challenges including water rising, walls closing, floors breaking, players dodging sequencer waves and finding their way across a precarious path in the dark. Players can purchase power-ups, with fantastical watches transferring special powers to the players’ wrists, giving them extra speed and other abilities as they try to complete all 6 mini-games in the fastest times.

How to play Race Against TimeX

Fortnite can be played for free on PC, PlayStation (4 and 5), Xbox One (S, X, and Series X or S), Nintendo Switch, and Android mobile devices.