Waltham is back from the grave, with the Field and Marine Trench watch 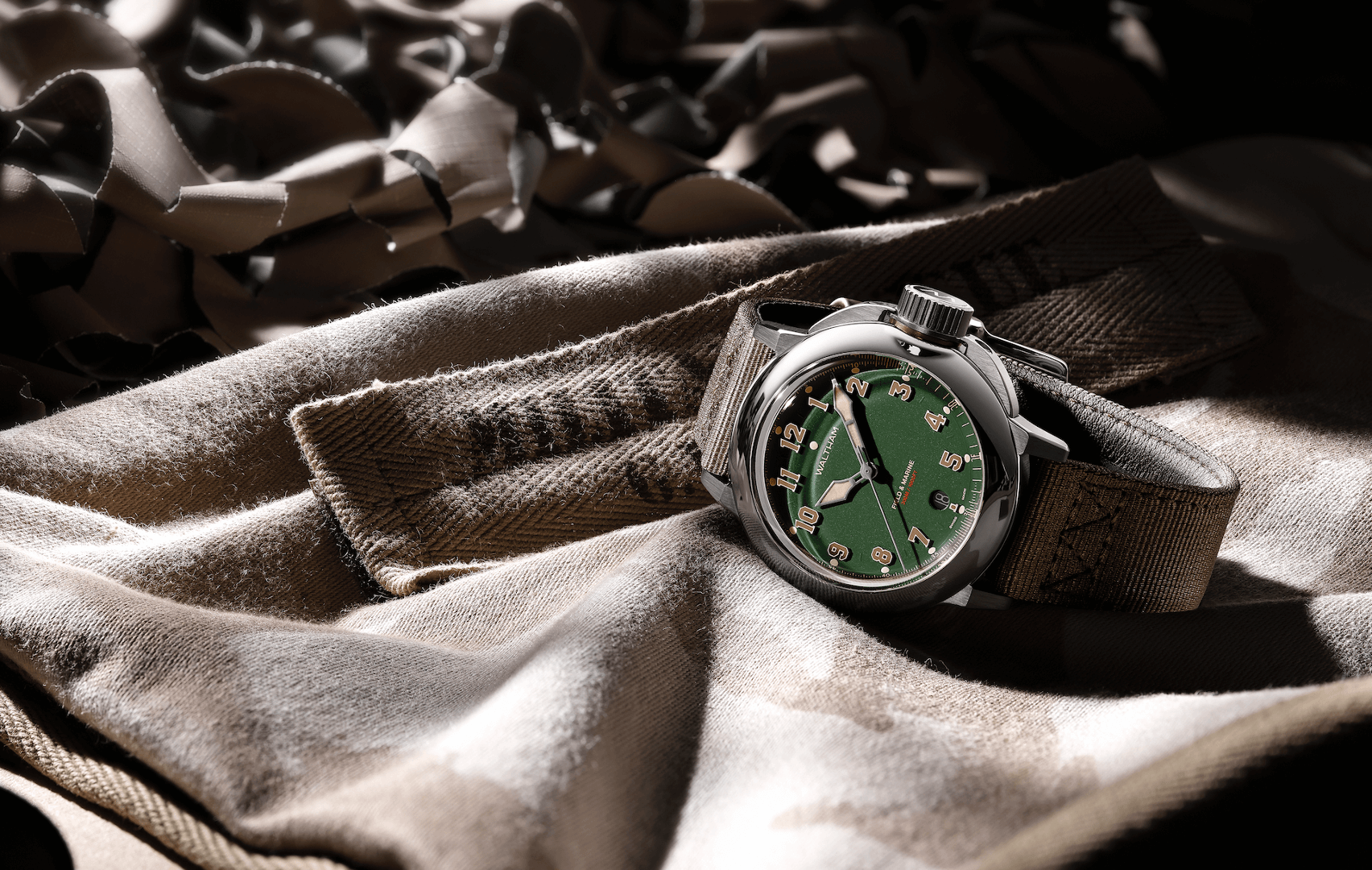 Waltham Watch Company began life in 1849. It died in 1957, to be sold off to three brands, including Invicta. In the 1970s, it merged with other Swiss manufacturers, in a federation that itself died in 1981. And now, it’s back. For the revival of this historic brand, the first watch is reviving the 1918 Field and Marine watch made for World War 1.

Back in 1918, watches were made a little differently. Traditionally, watchmakers would make the movement, and then case makers would make an array of cases, and jewelers would assemble them in the shops. Frequently, the dial would wear the name of the jeweler instead of the movement brand.

The original Field and Marine watch was a Waltham movement in a case made by Depollier. It was one of the early attempts at a “Waterproof and Dustproof Watch”.

To make the original waterproof, the bezel was double-clinched, to lock the bezel in place. To tighten the watch case, there was a special “chuck key” to torque the bezel and back. The crown used a special bayonet crown, where it pushes down past crown guards and has a flange that rotates under them to lock.

The newly reborn Waltham Field and Marine Treach watch is not a re-creation of the original. It would have been easy to just remake the old watch without any changes. Instead, the idea is to preserve the design, while updating it to today’s standards and quality.

The new version uses a similar bayonet locking crown, but it’s been done better. This isn’t surprising, it’s not 1919 anymore. The crown has a brass ring that shows when it’s locked or unlocked.

The case back uses a compressor back to increase water resistance to 300 meters. Compressor cases didn’t exist in 1919, so this is a welcome improvement.

Field and Marine Trench is available in two basic models, the dual time 24h GMT, or the 3 hand movement. The dual time has a power reserve indicator at 12 o’clock, and a 24 hour subdial at 6, and is available in gray or white lacquered dial, in a 43mm gunmetal pvd case or polished steel case. It is powered by the Soprod C115.

The 3 hands variant is comes in a white lacquered dial with 12 in red enamel, green dial, blue dial, or black dial. In it, the date window moves from 3 on the GMT model to 6 on the 3 handler. The movement is the trusty Sellita Sw200. The case size is reduced to 41mm.