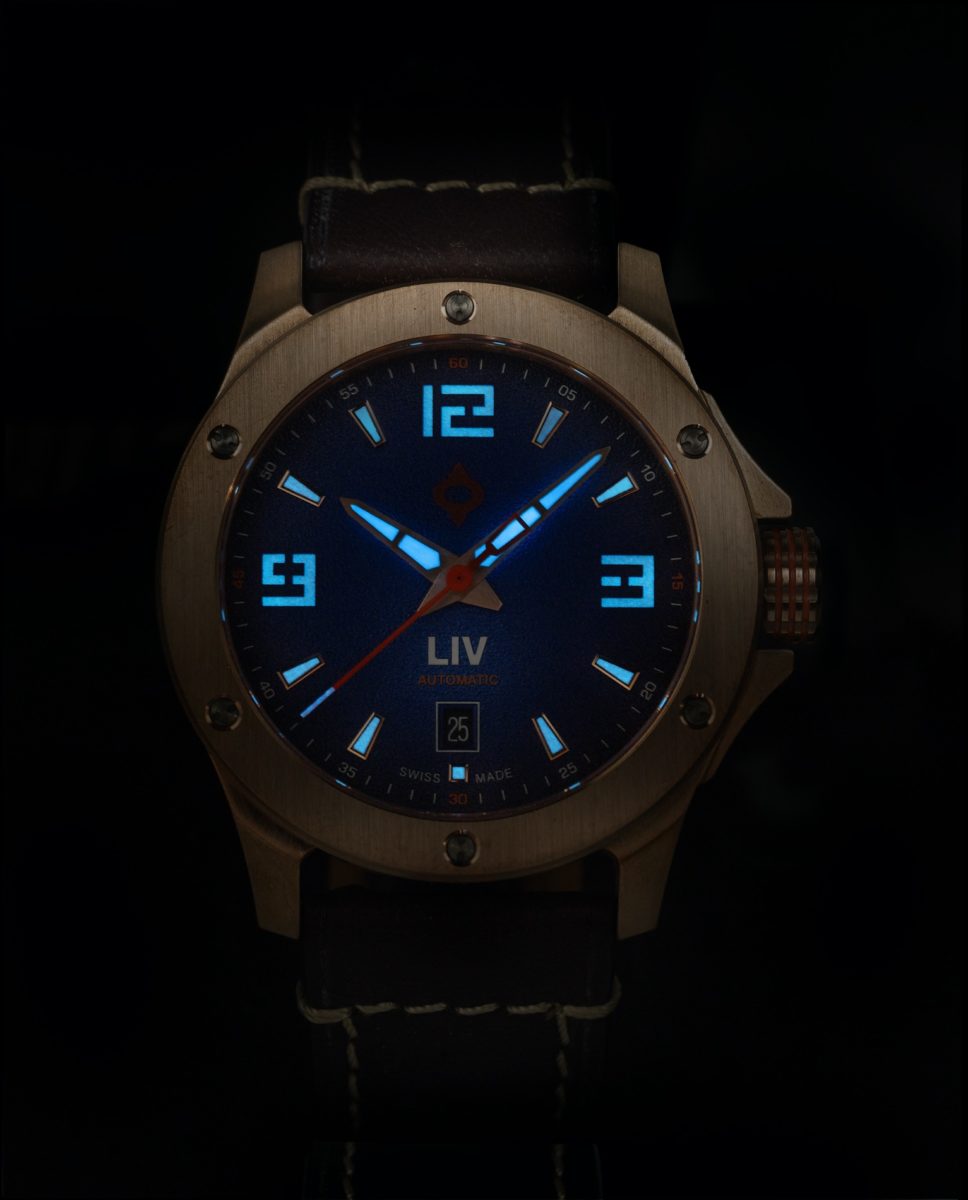 We’ve seen all manner of brands hitting Kickstarter for their watches, and more and more, we’ve seen established brands going back there. While some may not care for that, I see it as another distribution channel. Recently, the Liv Saturn V had a successful campaign, and now they’ve got a “second chance” deal going on their site to get your own.

Given it’s name, the Liv Saturn V lineup is giving honor to what could arguably be thought of as the golden age of space exploration. While these watches aren’t claiming any lunar pedigree, you will find the Saturn rocket on the caseback.

The Liv Saturn V lineup is also a new design for the brand. While the dial and handset are certainly noticeable as a Liv design, the new round case is a break from the squared-off designs we’ve seen from them in the past.

You’ve also got a wide array of watches here in the Liv Saturn V collection. Aside from all the colors (on dials, straps, and case finishes) you’ve got three different watches – a quartz moonphase chronograph (starting at $370), a Swiss automatic three-hander (starting at $470), or a limited-edition bronze-cased version coming in at $670.

I know I’m sort of rushing through the details here, but that’s because time is short if you want to get in on these discounted prices. While Kickstarter is closed down on this campaign, they’ve got this second-chance thing running on their site (benefit of being an established brand) – check out all the details on the watches before things close out in just 5 more days over at launch.livwatches.com