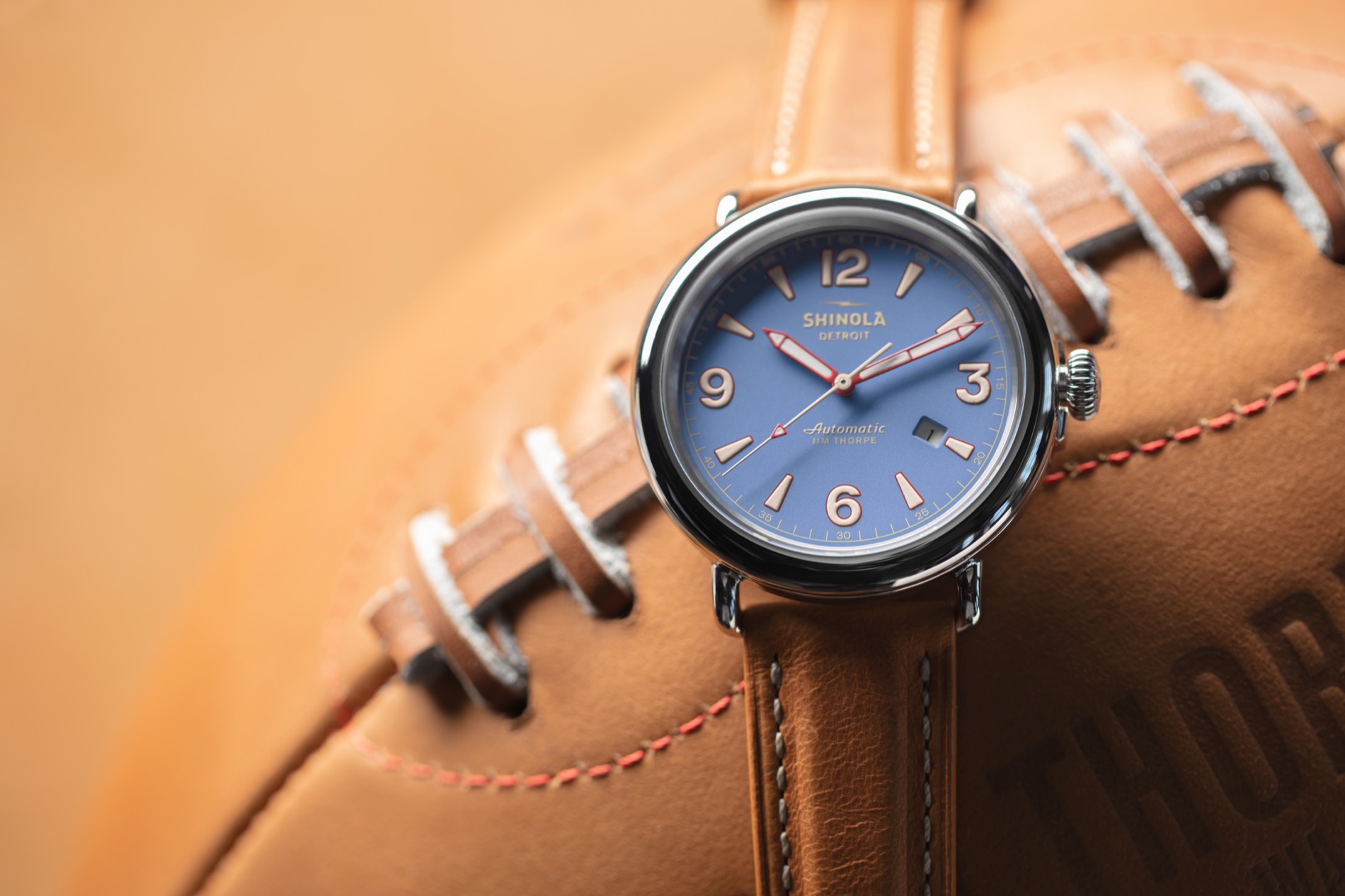 The last time we were talking about the Shinola Great American series, it was for a watch honoring Smokey Robinson. This time, they’re honoring one of the greatest athletes the world has seen, with the Shinola Jim Thorpe Great American Series Runwell Automatic.

Jim Thorpe is undoubtedly most well-known for the two gold medals he won in the 1912 Olympics, and then had stripped from him (and later restored after his death). Aside from those feats, he also played football, basketball, and baseball, and also was the president of what eventually became the NFL (you can read more on him here).

Given that Thorpe was Native American, including him in this series is a perfect fit. The Shinola Jim Thorpe Great American Series Runwell Automatic of course starts with the Runwell Automatic, and is done up in a Dusty Blue dial, with red and white accents on the dial. What really sets the watch off is the rich leather strap, which calls to mind the leather gear of sports in the day when Thorpe played.