This is not a misprint: the Raven Deep Tech is available for pre-order 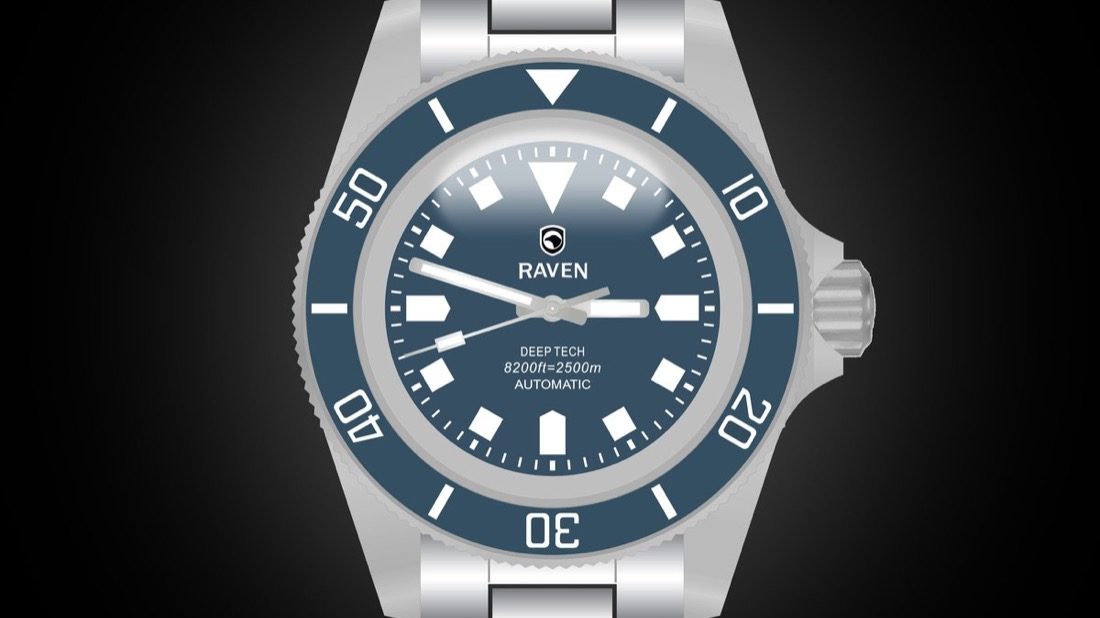 Raven Watches, out in Kansas, has been putting out some simply sublime pieces. Unfortunately, if you miss out on something they’ve released, you’re simply out of luck (or headed to the resale market) – it’s a certain number built and sold, and then thats it. Until the spotlight shines down, and you get a re-release. This time, it’s the Raven Deep Tech getting the treatment.

Raven is well-known for building some rather serious dive-capable watches. My first experience with the brand was with the Benarus Sea Snake, and that one was “just” a 500m watch. Well, for those of you who that is not enough, we’ve got the Raven Deep Tech, with it’s 2500m WR rating. Is that an insane rating? Yes, yes it is. But if you want to make sure absolutely nothing is getting at your movement? They got you covered.

Speaking of movements – some folks turn their nose up at smaller independent brands because they use inexpensive Asian-sourced movements. Aside from being misguided and mis-informed, that is cutting yourself off from a broad swath of rather interesting watches. If you’re a Swiss purist, though, you’re still covered here. The Raven Deep Tech is housing a Swiss ETA 2826 (same movement for both the date and non-date variants), so you’ll have accuracy and reliability, as well as ease of service.

If you hear that a watch has a crazy depth rating, we generally assume one thing – it’s a massive case. Surprisingly, the Raven Deep Tech has a relatively compact (for the specs) 42.5mm case, though it is 17mm thick. You’ve got to build in the strength somewhere, right? And some of that is going to be coming from the 4.5mm thick domed sapphire crystal.

I’ve handled a number of watches that Steve over at Raven has designed, and they hold a special place for me (my Sea Snake was on my wrist when my second daughter was born). Sentiment aside, he’s building some solid designs, and the fit-and-finish are top notch. If you want to get in on the pre-order, it’s running right now. While the MSRP of the Raven Deep Tech is $1,100, you can get it as a discounted price of $950 with a $400 deposit down today. That pre-order discount goes away on October 31st, or when the 100 slots are filled (looks like 60+ are still left). So, fish or cut bait – just do it soon! ravenwatches.com