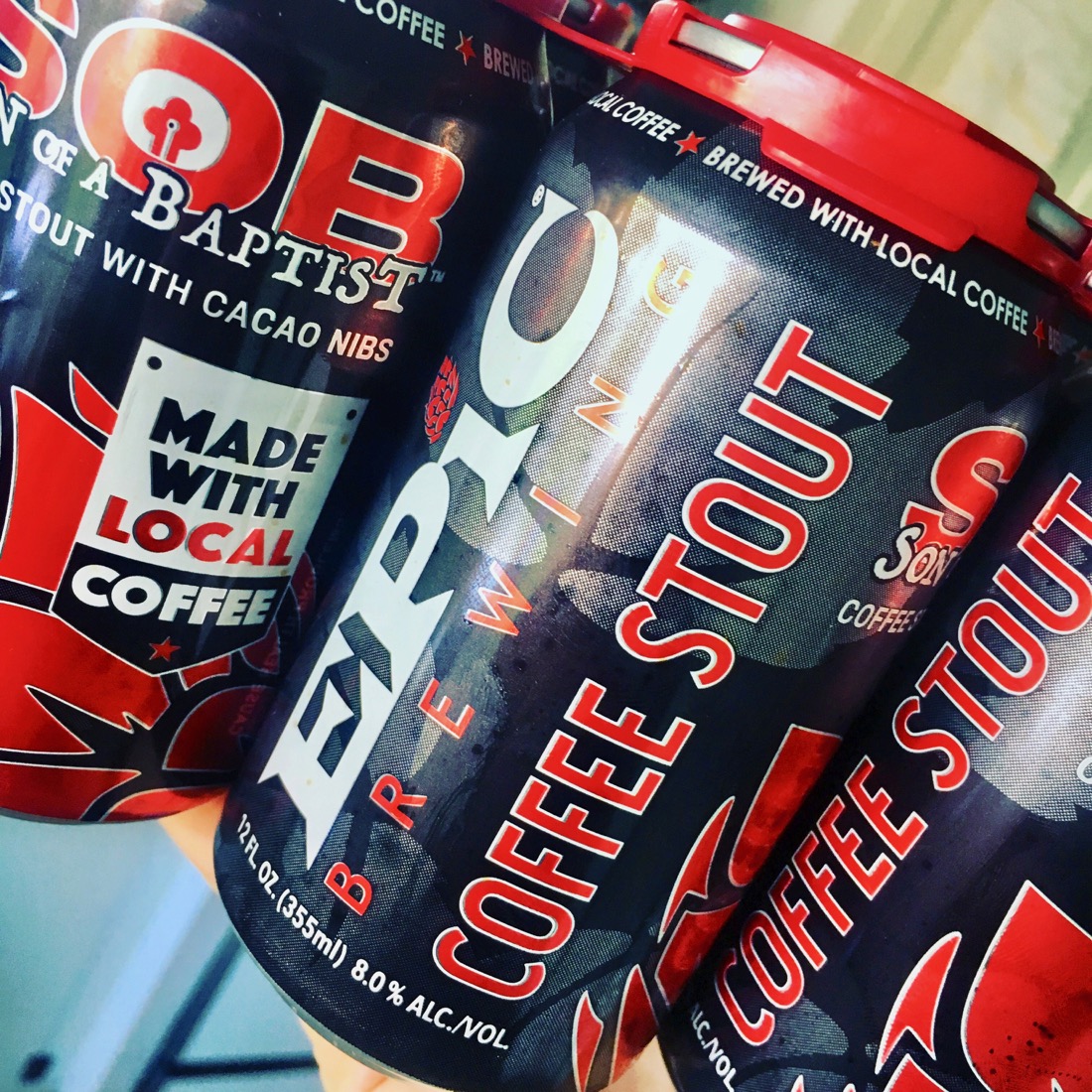 Welcome to another installment of the Afternoon Beer Break, with a beer that has – quite likely – the longest name I have ever encountered – the Epic Brewing Son of a Baptist Coffee Stout. That’s right, friends, we’re not talking about an IPA (have no fear, we’ll get back to those); rather, it’s an imperial stout that is filling our glass this time around.

So, you might ask, what makes a stout an imperial stout? Well, I’m glad you asked that (cause I went and did some learning). Just as with a the label “session”, the Imperial connotation has some history. Originally (we’re talking 1800s), it was applied to a beer that was brewed in England but then shipped over to Russia. Slowly, the meaning morphed into something that meant it was a top-of-the line model. What this means this day is you’re getting something bolder, with increases in the raw materials (hops and malts, typically) that end up creating an ABV in the 8-12% range.

In the case of the Epic Brewing Son of a Baptist Coffee Stout that I had, it hits on the lower end of the scale with “just” an 8% ABV rating. I want to emphasize that this is for the one I found, as your experience may be slightly different. This is because of something rather unique the brand does. For this beer, Epic Brewing pairs up with smaller coffee roasters to come up with the recipe. The beans are used in the brewing process, and then the resulting stout is shipped back to the local market of the roaster, so you could (ostensibly) have the coffee and the beer side-by-side. In the case of the one I found, it’s Chicago-based Groundswell Coffee that made the mix.

While I’m a fan of coffee, and I’ve had several different types from local roasters, I can’t be sure that I’ve had anything from Groundswell before. So, I can’t do that side-by-side, but I do appreciate good coffee, and it had a definite positive impact on this stout. On the nose, you definitely pick up the coffee scent, as well as some chocolatey notes. Poured into the glass, it’s got that deep, dark, rich coloration you expect from a stout. The head – what there is of it – is a dark tan, and doesn’t get in your way. As it hits your tongue, you definitely pick up the coffee again, and it has a thinner mouthfeel than some other stouts may present. In other words, you don’t feel like you’re chewing this one, and I thought it was a nice change in texture.

Frankly, I’m rather happy I took a chance on the Epic Brewing Son of a Baptist Coffee Stout when I saw it in the store. If you like coffee and you like a good stout, I’m reasonably sure you’ll be pleased with what you find here, though you may have some different tasting notes based on what roaster provided the coffee for the mix. Perhaps not a beer you’d reach for right after doing some yard work, but as an accompaniment to a dessert – or even taking the place of one – the Epic Brewing Son of a Baptist Coffee Stout hits the spot. For me, I would not be disappointed to see this in the fridge again. A solid 3.75/5 for this coffee-loving beer sampler. epicbrewing.com

Big thanks to TheKitchn and BeerConnoisseur for the education

Son of a Baptist is an 8% ABV imperial stout. It is not barrel aged like its father, Big Bad Baptist; instead its flavor profile was designed to highlight the complex and often unique flavors of small batch coffees. Instead of sourcing a coffee that would play well in a beer we sought out creative and innovative roasters, then asked them which beans they’re passionate about. Each resulting release of Son of a Baptist is widely different depending on the coffee selected. Some are fruity and sweet with notes of jam and chocolate, others are rich and earthy with a big roasted finish. Each limited release will return to the Roaster’s home market where the beer and the coffee can be sampled side by side.