Get your glow on with Rune Refinery Thin Blue Line 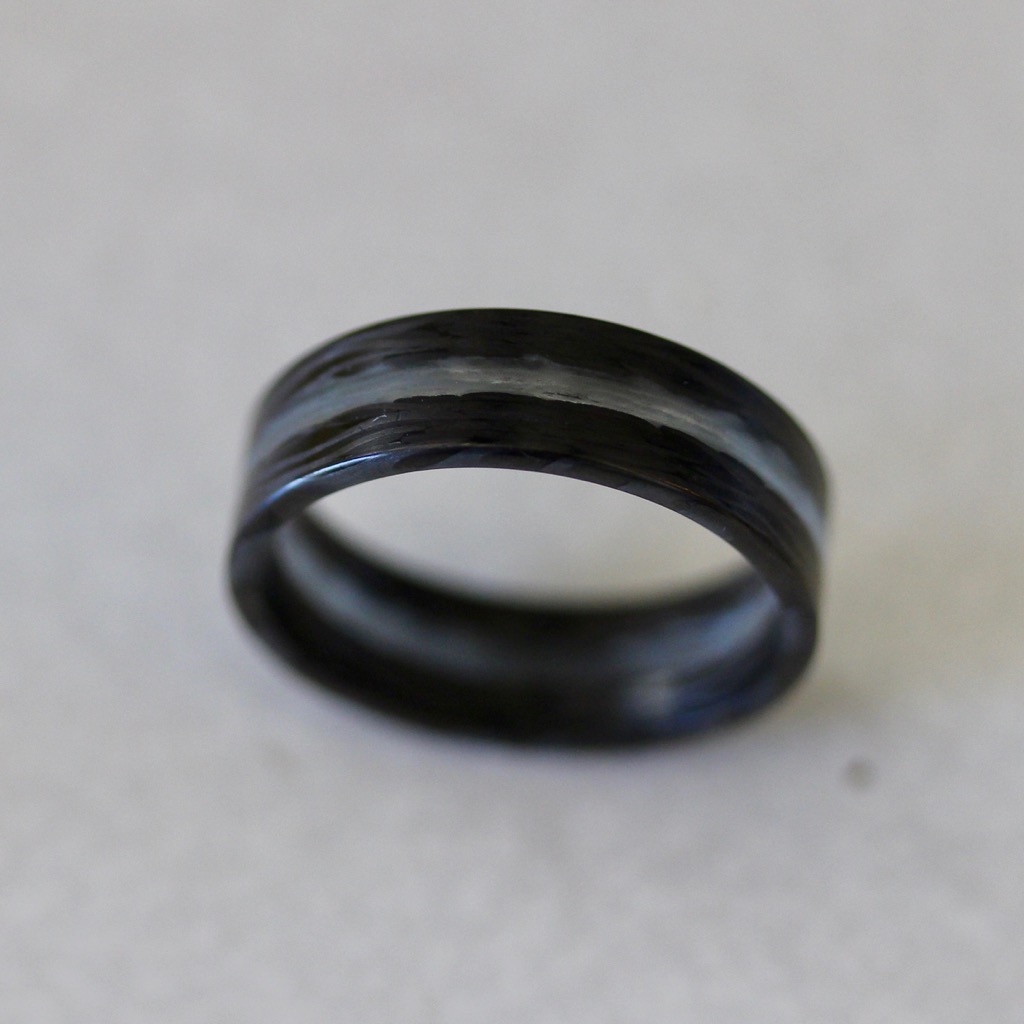 If we start from the perspective of wrist watches basically being functional jewelry (and yeah, if you trace it back, that’s what they are), it’s not much of a leap to other men’s accessories and style items.  Frankly, that’s why we’ve expanded coverage in that direction.  Well, what about actual jewelry?  We’ve covered a few of those so far, but today, we’ve got one that even watch folk will have to admit is just plain cool – the Rune Refinery Thin Blue Line.

Ever since I discovered that rings with glowing bits in them were a thing, I’ve been enamored.  I backed my first ring of this sort some time ago (written about here) – but that one disappeared into the land of “taking your money and running” when I sent it back in for adjustment.  I’ve since backed another campaign (written about here), which surprisingly enough is related to today’s brand.  I’ve known about Rune Refinery for some time, and have been intrigued by their affordable options.

On top of the attractive prices, there are occasional flash sales that Rune Refinery has, and it was in one of those that I ended up putting my order in for the Rune Refinery Thin Blue Line.  Currently, the site shows the price as $85, but I was able to pick it up for significantly less. So, my recommendation there is, if you’re interested, get on their mailing list, and then you’ll get word of when the discounts and clearances are happening.

Of course, ordering a ring online comes with it’s own challenges.  Even if you know your ring size, how do you know that the particular ring will fit to your liking?  Rune Refinery will make adjustments so you get the fit you want, and that was something I needed to take advantage of.  When my Rune Refinery Thin Blue Line came in, it was just a smidge tighter than I’d like, and there was also a chip in the carbon fiber that needed to be taken care of.  So, after an email exchange, it got sent in.  A few weeks later, I had it back, and it fit just like I had hoped.

While there are options from the brand (and others) that will line the CF with a metal, but here, it’s strictly the carbon fiber along with the glow material.  This means it is super light weight (on my kitchen scale, it registered as 0g), which is great for an accessory.  Now, if you notice, from the name, the Rune Refinery Thin Blue Line was created to honor the police out there.  For me, I picked this up more because I wanted a blue glow ring, but I get that this is a unique way to show some support, if you were so inclined.

If not, though, there are plenty of other options – rings with wider glow strips, full-time rings, some sandwiched/”oreo” style ones, so on and so forth.  Pricing ranges based on the materials and the glow color involved, but most of it comes in quite under $300 or less, by and large.  This was just one purchase, of course, but by and large, I’ve been pleased that I picked up the Rune Refinery Thin Blue Line from them, and have been enjoying wearing it.  If you go pick one up yourself, tell them we sent ya, and be sure to tag me on Instagram so I can see your selection.  For me, I’ll dig my cool blue glow.  runerefinery.com