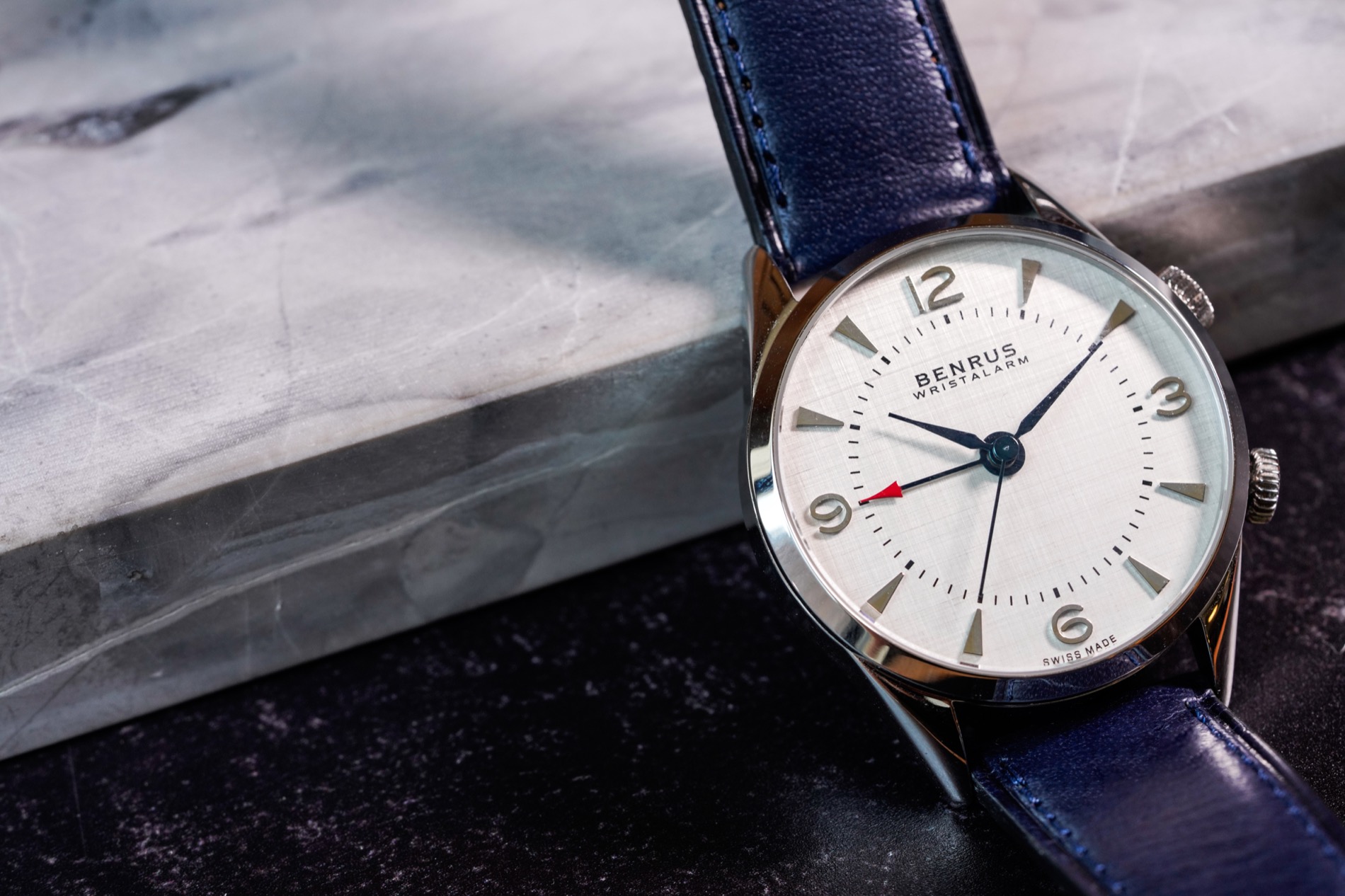 UPDATE: As there questions around the authenticity of the movements contained in these watches, Benrus has stopped selling this watch and are investigating what happened.

It’s one thing for a brand – whether it’s newly resurrected or not – to dive back into their catalog to reproduce a watch from the past. It’s another thing entirely to not only revive an old design, but to ALSO find a cache of NOS movements to really bring a vintage vibe to a watch. Well, that’s exactly what has happened with the Benrus Wrist Alarm.

In this case, the Benrus Wrist Alarm is hailing from a design from 1956. The movement inside, however, actually post-dates that a bit. Here, it’s a NOS A. Schild SA movement from the 1970s that has been completely disassembled, refurbished, and put back together to ensure the sort of reliability we expect today from a Swiss movement.

The big thing for this movement – aside from being 50 years old – is it’s alarm functionality. Since the specs don’t list out a chime, and I don’t see any sort of hammer in the photos, I believe this is one that does more of a silent-style buzzing on your wrist. As with a vibrating alarm on a modern smart or fitness watch, this should be enough to alert you to whatever you needed reminding of, while not necessarily alerting everyone around you.

The time you set should be reflected by the red-tipped hand, while the other hands give you the standard hours, minutes, and seconds. In terms of setting things, it’ll be the upper crown to set the time for the alarm, and the lower crown to set the time and wind the automatic movement. In terms of overall look, aside from the second crown, this looks very much like a a noveau vintage style, with the polished indices and numerals, and blued hands. In short, the sort of watch you’d see a businessman or traveller of the era using to keep themselves on time.

If you’re feeling like you want to get some of those old school vibes, along with giving new life to an old movement (something I always like to see), you can get one of the 500 pieces of the Benrus Wrist Alarm that are getting made for $1,295. A bit of a gamble with an older movement like this, but it’s a coin toss worth making given the uniqueness of the movement, I’d say. benrus.com