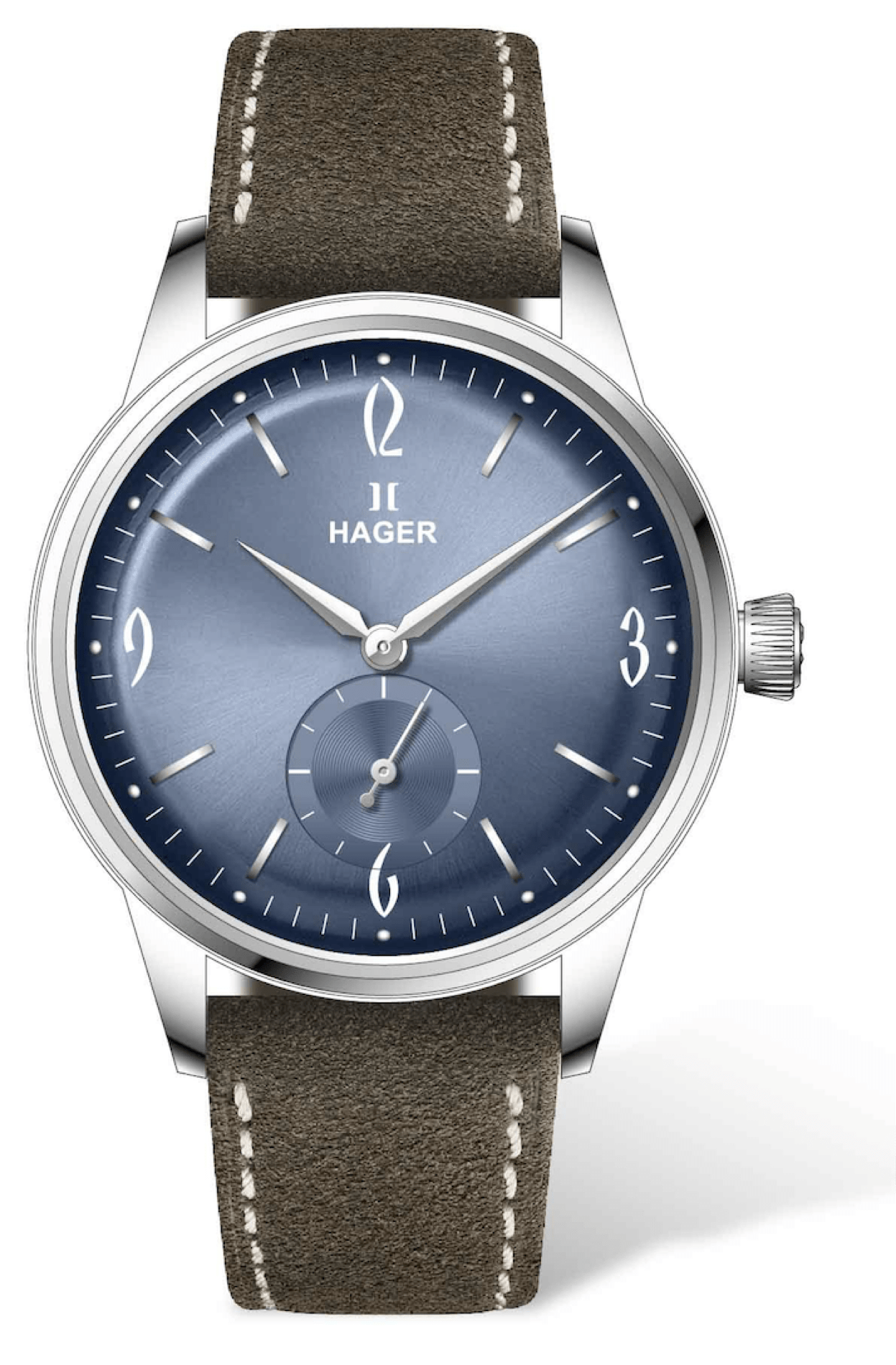 While it’s been some time since we talked to you about Hager (you can see prior articles here), that doesn’t mean that they’ve shut the lights off. No, rather than going back to another steel sports watch, they’ve instead gone in a dressier (albeit retro) direction with the introduction of the Hager Diplomat.

Astute observers will recall that the Hager Diplomat was first introduced five years ago, but it never actually hit the production line. Well, it’s time has come now. What strikes me first about theHager Diplomat is the Fumé dial. Other brands have done these, but in my mind, it’s most firmly associated with Moser. Which is a very, very good company to be included with in my mind.

The final thing that caught me up with this watch is just how thin it is. It’s an automatic (more on that in a second) but it still manages to come in at 9.3mm thick. Let that sink in – a 40mm automatic watch that is under 10mm thick. This thing is going to be a delight to slip under a cuff, and just all-around dress up your day.

Oh, and that movement? It’s labelled as an MD7081, which is coming to Hager from Maryland Watch Works. So, what is the movement? Along with being US-built, it turns out that it’s a clone of the very well-known ETA 2824. Is it a good clone? I’ve no idea, I’ve not had a watch with that specific movement in it. However, Hager is a solid brand, and if something went sideways with it, I’m sure they’d get it sorted out. Or at least you’re only shipping it to Maryland for maintenance, and not some high-falutin service center in Switzerland.

Between the dial colors, case finishes, and the choice of center or small seconds, you’ve actually got to figure out which of twelve different models you’d want. Pre-order pricing comes in at $745 for the stainless steel case version, or $795 for the rose gold PVD – both are $100 discounts on the expected MSRP. It’s worth noting, only 30 pieces of each version will be built, so if one has your eye, you may want to back it sooner rather than later. Check them out, and perhaps even pre-order your own. Of note, the pre-order will close out in mid-November, and shipping should occur about three months after the pre-order period closes. hagerwatches.com

In Review: Hager U-2 Dragonlady Chronograph