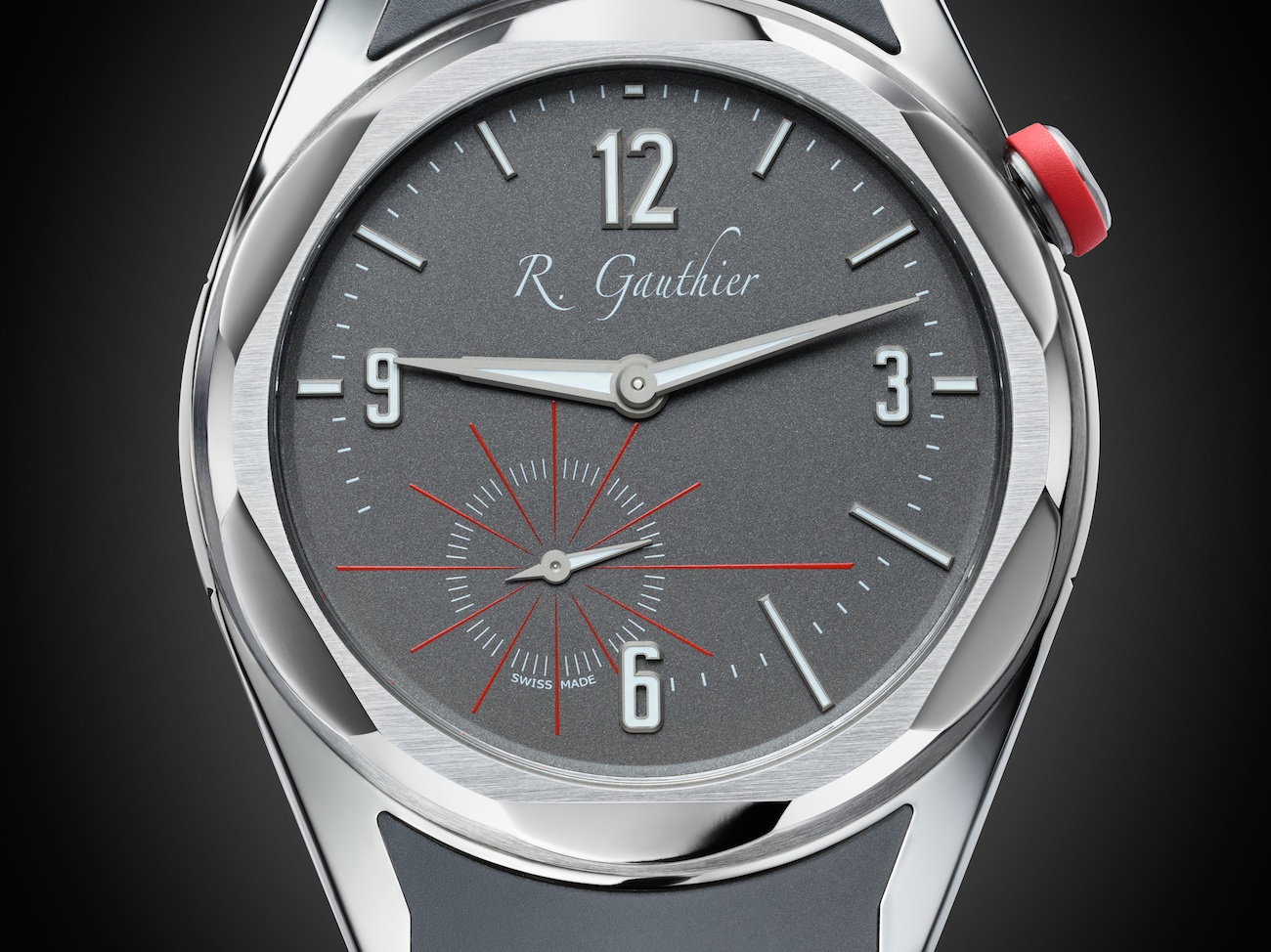 This bold watch comes to us from a small but groundbreaking Swiss brand named after its founder, Romain Gauthier. The piece itself is pretty standard – three hands and a dream – but the fit and finish are striking. Want to know the weirdest/coolest thing? The whole thing is off-center.

As befits its name, Continuum is all about modernity and continuity, both in terms of its movement architecture and dial design. If the observer looks closely, he will see that the hour-minute hands are actually off-centred on the horizontal axis and the hour indices taper ever so slightly and are of varying lengths, while the 5-second intervals of the small seconds at 7 o’clock are also marked by tapering bright red lines of differing lengths.

Romain explains this purposeful play on perspective, saying: “Rather than a series of enclosed circles, as we often see in watchmaking, I wanted an open, airy dial on which full or part orthogonal lines form vanishing points with the axes of the hands, reinforcing the notion of continuity.”

The hands are made from white gold and the case is made of titanium. The crown is at 2 o’clock to “free up space for wrist movement” and there’s a little rubber ring around it to make it easier to handle.

The hands, pips, and numerals are coated in Superluminova and the piece comes together in a harmonious whole.

There is, however, one problem. This beast is $40,310.43 at today’s exchange rate, which means you’re basically hiring Romain Gauthier to make this limited edition watch just for you. While I love the whole thing – the striking movement is the best part – I’m thinking maybe I’ll stick with purchasing a family car or something. Soon, though!