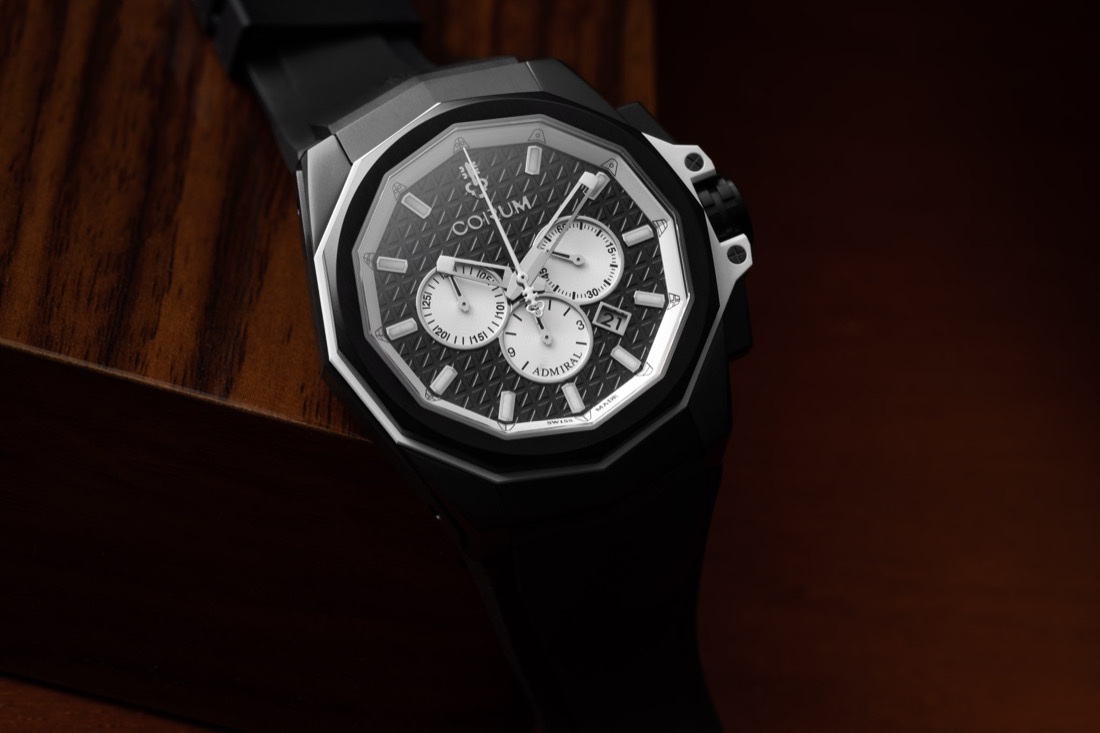 When it comes to Corum, most folks think of the Golden Bridge models, or the Bubble lineup. And that makes sense, as they are both iconic designs for the brand that look quite different from anything else out there. That’s giving short shrift to the Admiral collection, though, with it’s yachting-flag inspired dials. Just recently, the brand released a new version of the Corum Admiral AC-One 45 Chronograph.

As far as watch designs go, the Corum Admiral AC-One 45 Chronograph is a fairly young one, first introduced in 2013. From that first version to this one there are a few changes – the Corum key logo up at the 12 o’clock position (instead of a ’60’) and a more angular case are the most noticeable differences. With redesigning the case, Corum also took the opportunity to put some titanium inserts between the case and bezel, with the idea of (someday) playing around with colors and materials there. I’m all for that (something we saw with Rune Refinery), just a little bummed we don’t actually see pops of color this time around.

Another change you’ll notice on the Corum Admiral AC-One 45 Chronograph – as compared to the main Admiral collection – is the lack of color on the dial. Yes, you’ve got black and white dials (with the chrono subdials contrasting) but the colorful pennants aren’t showing up. They’re still there, on the flange, it’s just that Corum went greyscale with them, so they blend more into the design. They say it’s sleek and modern – I say they should have called it the “Night Race” variant.

The new Corum Admiral AC-One 45 Chronograph is available now, and you’ve got some choice of materials. If you go for titanium, you’ll be putting $9,900 on the credit card balance, while going for the gold and titanium bumps things up to $18,000. So, yeah, a little outside of what we normally cover here, but it’s an interesting take on the Admiral line, and we like what those folks over at Corum are producing. corum.ch

The Corum Bubble Skull X-Ray gets inside your head