The ManchesterWatchWorks Westminster and Vergennes Head For The Trenches 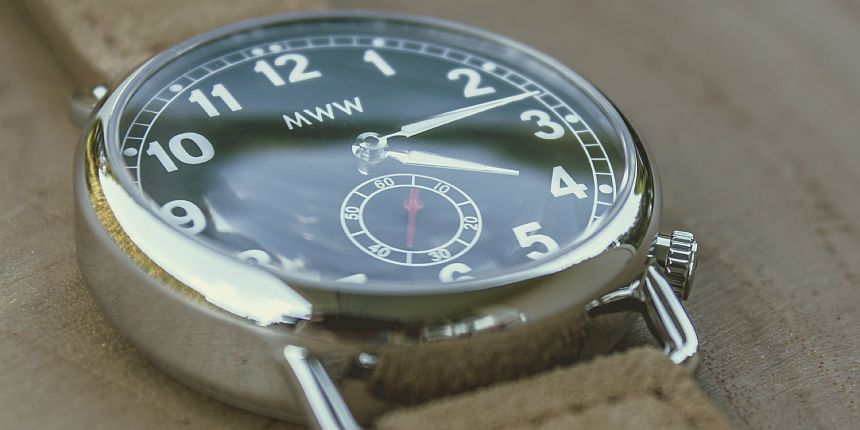 While we have covered quite a few different Kickstarter-sourced watch brands (due to the diligent coverage of Matt), there have not been all that many that we have seen repeat their efforts on the crowd-funding platform.  One of the brands that I was impressed with via some time with a prototype (here; of note, we are working on a review of an automatic update to the watch) is back, this time heading back to an era where pocket watches jumped to the wrist of servicemen.  Those are colloquially known as trench watches, and ManchesterWatchWorks is back with their Westminster and Vergennes models to commemorate that era. Trench watches are named that way due to the fact the soldiers were wearing them in the trenches, and were basically pocket watches that had wire lugs soldered on so a strap could be attached.  We’ve seen both restored originals (from Doughboy Watch Company), and some other modern interpretations (from WT Author).  As the originals generally command a premium due to their scarcity and the work required to refurbish them, the modern versions can be a very nice way to go for someone who is intrigued by the style.

For this outing, ManchesterWatchWorks has two models – the Westminster (with a black dial) and the Vergennes (with a white dial).  Under the skin of the 40mm steel cases, both watches are powered by the Miyota 8245 automatic movement.  A little surprising, perhaps, that it is not a manual wind (given the type of watch being interpreted), but it should provide worry-free reliability for every day wear.  When you stop skin-deep, though, there are plenty of differences. Along with dial color, there are different handsets, numerals, logos, and chapter rings are used.  This keeps it so the watches are both obviously similar, but offering some clear differences between the two.

For my money, the ManchesterWatchWorks Vergennes more closely follows the look of those originals with the fonts used, as well as the handset.  Both watches, of course, have the wire lug look of the originals as well.  I say “look” because, while the 20mm lugs are wire in shape, they actually rely on spring bars to keep the strap in place.  For the end user, that is a nice change, as it will allow you to easily swap straps without limiting you to a single-piece strap (or having something sewn around the lugs).  Other upgrades from the original trench watches is the crystal (sapphire in this case) and water resistance (in this case, it’s 100m courtesy of a screw-down caseback). For those who jump in on the project early enough, you will be able to pick up either a ManchesterWatchWorks Vergennes or Westminster for an early-bird price of $169.  Once that tier is claimed, then pricing bumps up to $189 and $209, with things topping out at $219 (retail is $269).  Funding is currently underway, with the project scheduled to close on October 13, 2015.  While I would not call either watch a true blue recreation of the original trench watches, the inspiration for the homage definitely shines through.  There are plenty of upgrades over those originals as well, which makes for a great option for those who like this truly “old school” look. manchesterwatchworks.com