The RPMWEST Quarter Century Jacket, built for the long haul 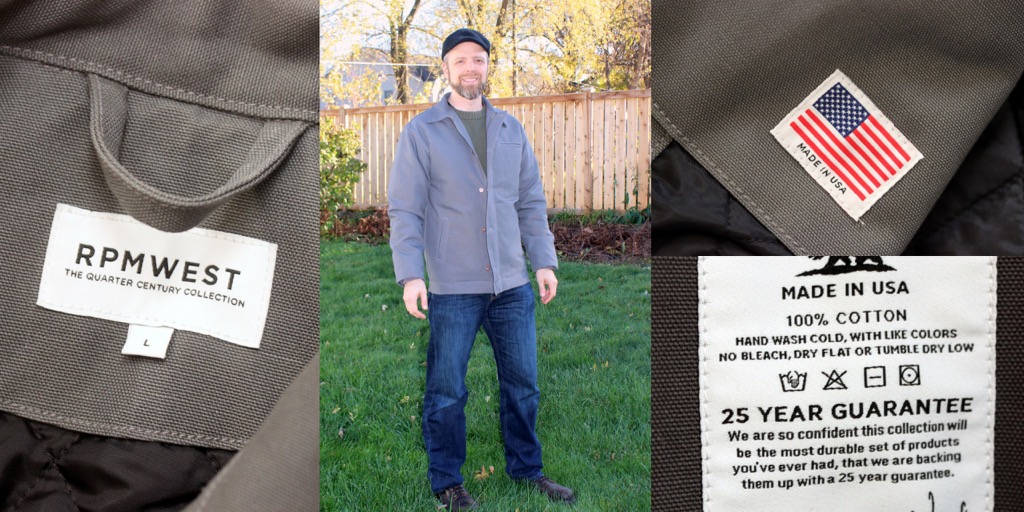 I have been on a bit of a jacket kick as of late.  Not so much in terms of actually buying jackets, but perusing the various options out there, particularly in the textile varieties.  This started with my fascination with Filson Tin Cloth, and eventually lead to this review of the Filson Short Cruiser.  That was in a dry finish canvas, and showed me the durability that can be inherent in a material like that.  One of the main issues I had with that jacket was the lack of interior pockets.  The one we’re looking at today, the Original Quarter Century Jacket by RPMWEST, does not have that issue in the least. 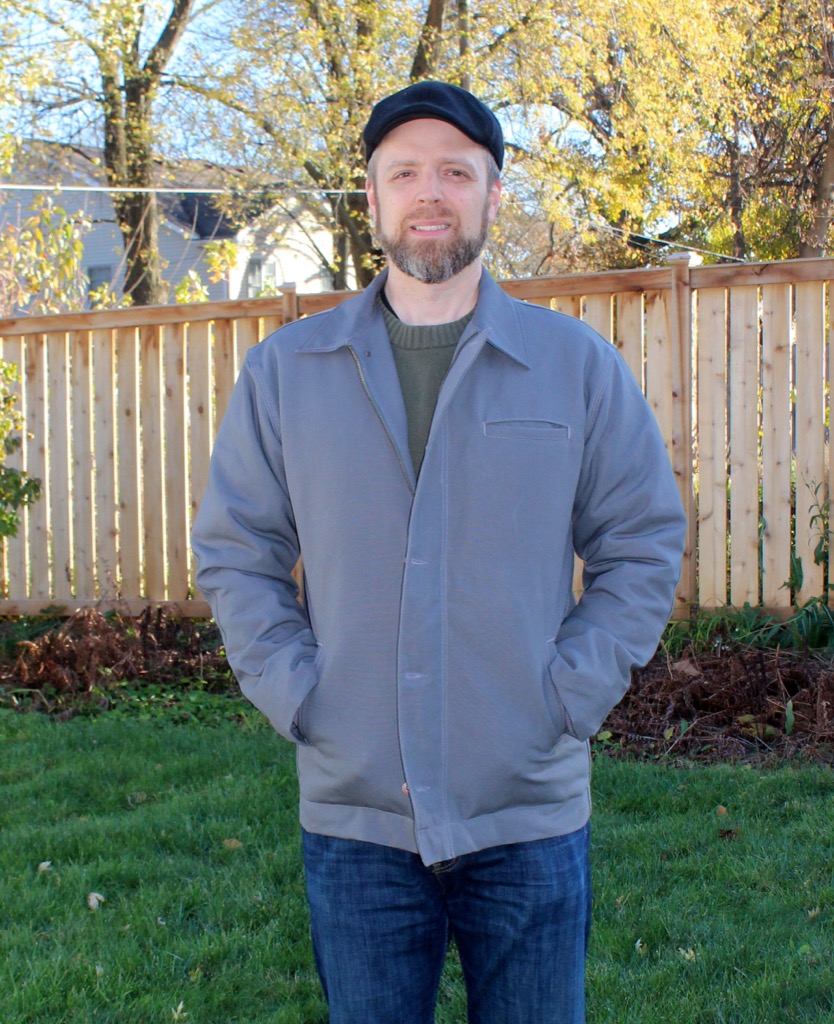 I do not quite recall how I came across RPMWEST, but I was immediately drawn to the Original Quarter Century Jacket.  This was of course due, at least initially, to the styling.  It presents a relatively clean profile, with a few pockets on the front, not adjustment tabs on the back, and clean, buttonless cuffs.  I am not sure if it would officially be considered a “chore coat”, but that is what the style puts me in mind. 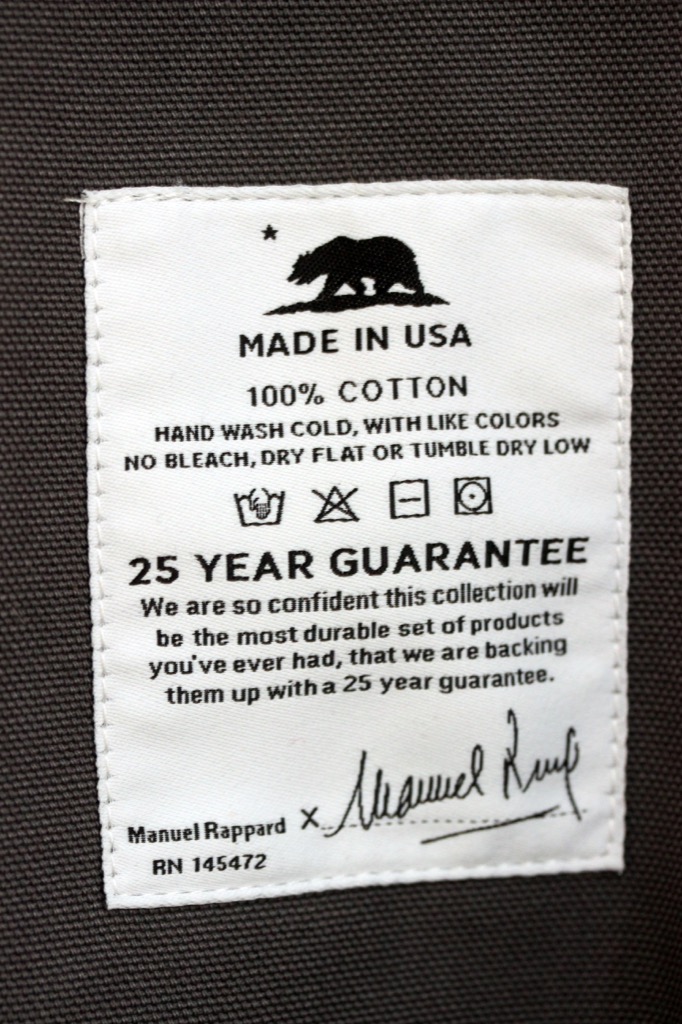 And yeah, if you were to wear the Original Quarter Century Jacket while doing chores outside, I’d say it would hold up to whatever you threw at it.  The 12 oz duck canvas used is definitely a heavyweight (so much so that the jacket can actually stand up by itself).  If that weren’t enough, the elbows are reinforced, and the construction of the jacket has things reinforced at the stress points.  I am also a fan of the zipper on the jacket.  Well, more so that there actually is one, rather than this specific zipper.  While heavy-duty copper buttons certainly look slick, they are not the quickest way to fasten (or unfasten) a jacket.  I much prefer having the zipper to close things up, and then the option to use the buttons if I want to. 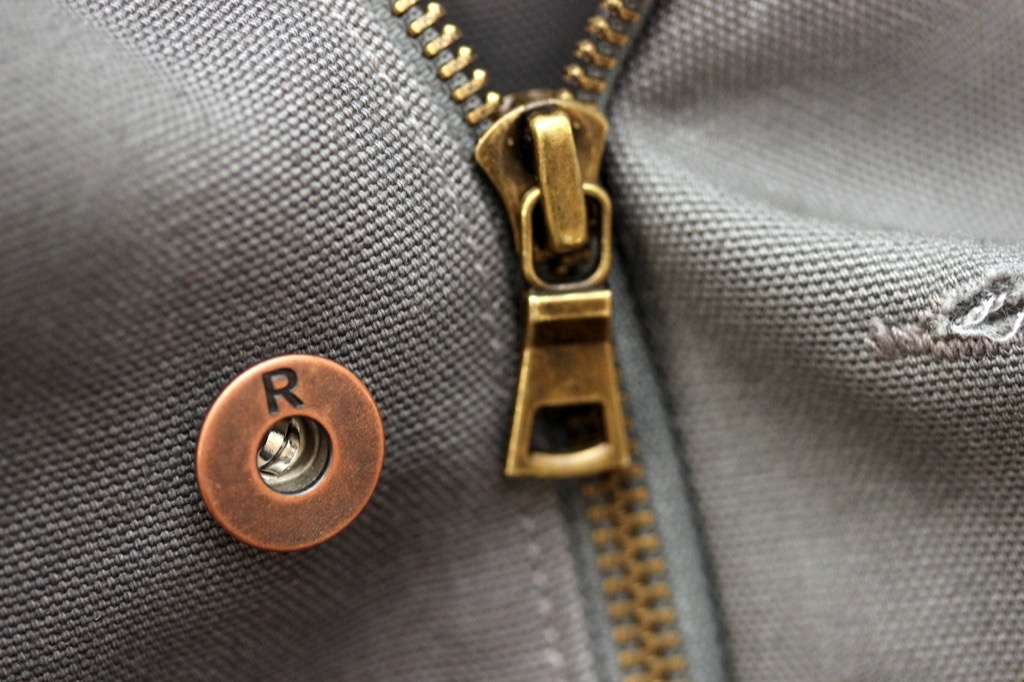 If it was not apparent from the photos, the Original Quarter Century Jacket by RPMWEST is definitely a jacket for cooler weather. This is not just due to the heavier canvas, but more so to the quilted lining that is there in both the body and arms of the coat.  As luck would have it, the jacket arrived just as things turned a bit cooler in Chicagoland, and I was pleasantly surprised with the warmth it provided in those low-40’s mornings.  Should you want to tuck another layer in there (say, a vest), that is an option as well.  This is because the jacket – while not boxy – does have some room in the body. 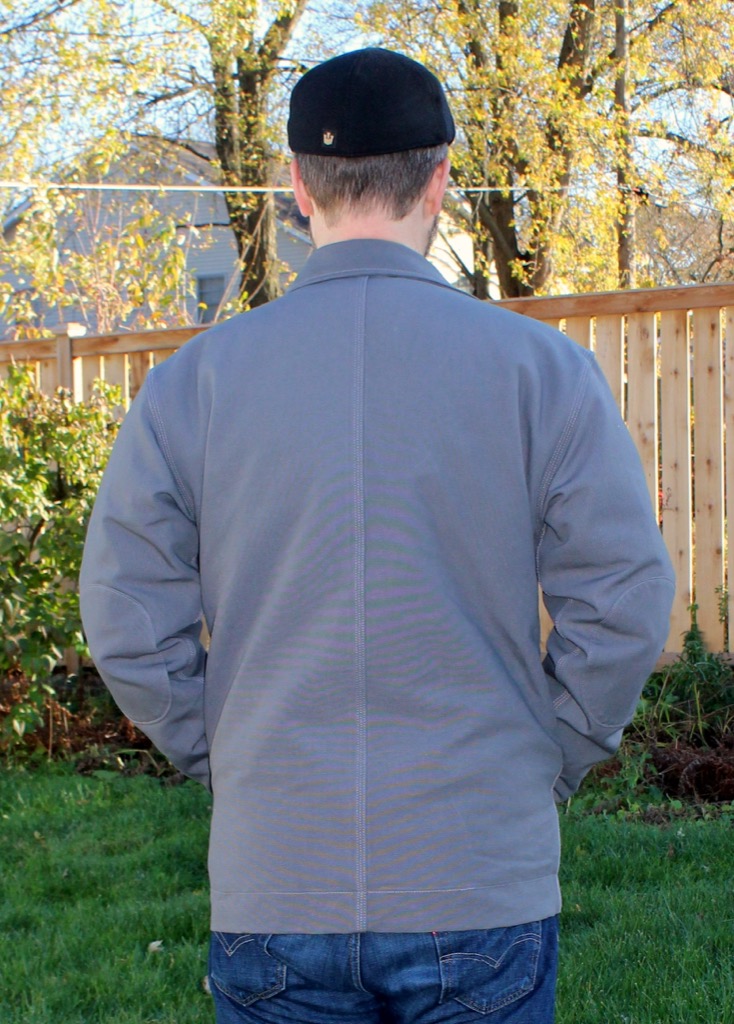 This was functionality that I certainly appreciated, but it does have an impact on the overall style.  When I first put the Original Quarter Century Jacket on, it had a look of somehow being just a little bit too big (for my 6’3”, 205lb frame, we went with a Large).  As I got used to the jacket, that sense went away, and I’m not seeing it in the photos any more.  And even if it is a touch less fitted than some gear seems to be these days, I’m ok with that, given the functionality it brings.  Not only can you get another layer in, you are also not constricted as you move about doing whatever it is, be it cleaning up the yard or simply commuting to the office. 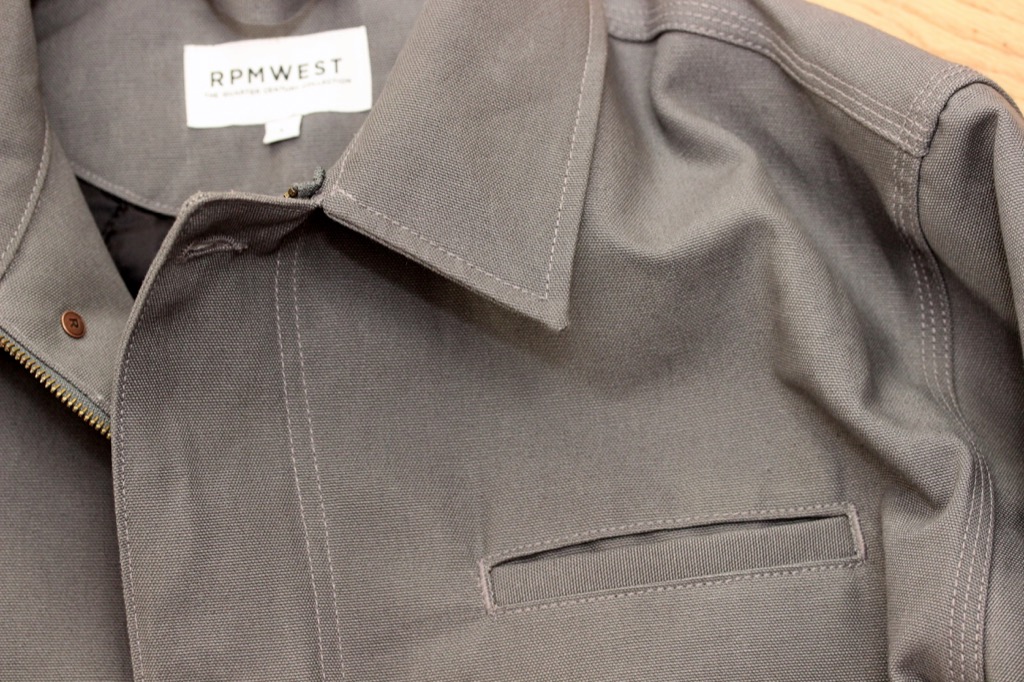 Regardless of what you’re doing while wearing the Original Quarter Century Jacket, you should have no problems stowing away things.  Along with the two hand-warmer pockets and the chest pocket on the outside of the jacket, you have four pockets on the inside, as well as a metal clip that you can pop your key ring on to.  When it comes to jackets, I am a big fan of inner pockets, as they are convenient for a variety of uses.  Here, the heavier canvas also helps out, as it helps to keep the pockets from flapping around (when empty) or not holding things (say, a cell phone and wallet) in place while you’re moving around. 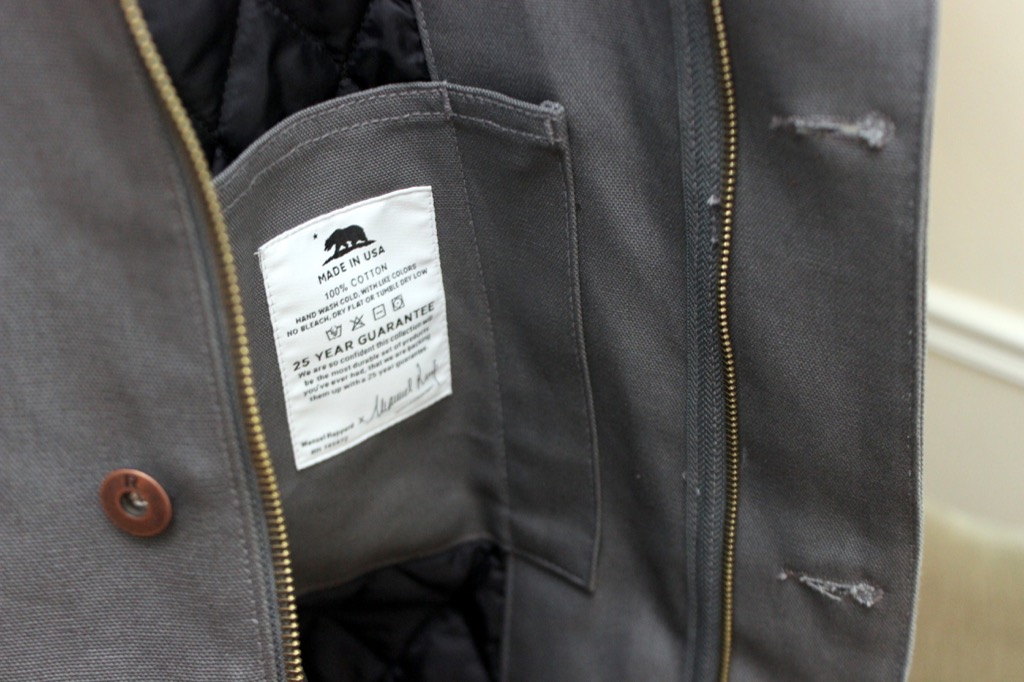 Before we wrap things up, I did want to talk a little bit more about that 12 oz duck canvas (it’s worth noting that duck canvas has a tighter weave than plain canvas; more on that here.  This is a heavy cloth, for sure.  This helps with abrasion resistance, and I felt it helped in the wind a bit as well.  As I mentioned, though, it is stiff.  This could be something that “softens” up over time, but it’s something you’ll want to be aware of.  I didn’t find it to be an issue, except when sitting down while the coat was zipped.  Given the taper of at the bottom of the jacket, it meant that the whole coat rode up a bit (due to that stiffness), which made for a collar that was floating up near my ears.  Not a biggie, just unzip it, and you’re good. 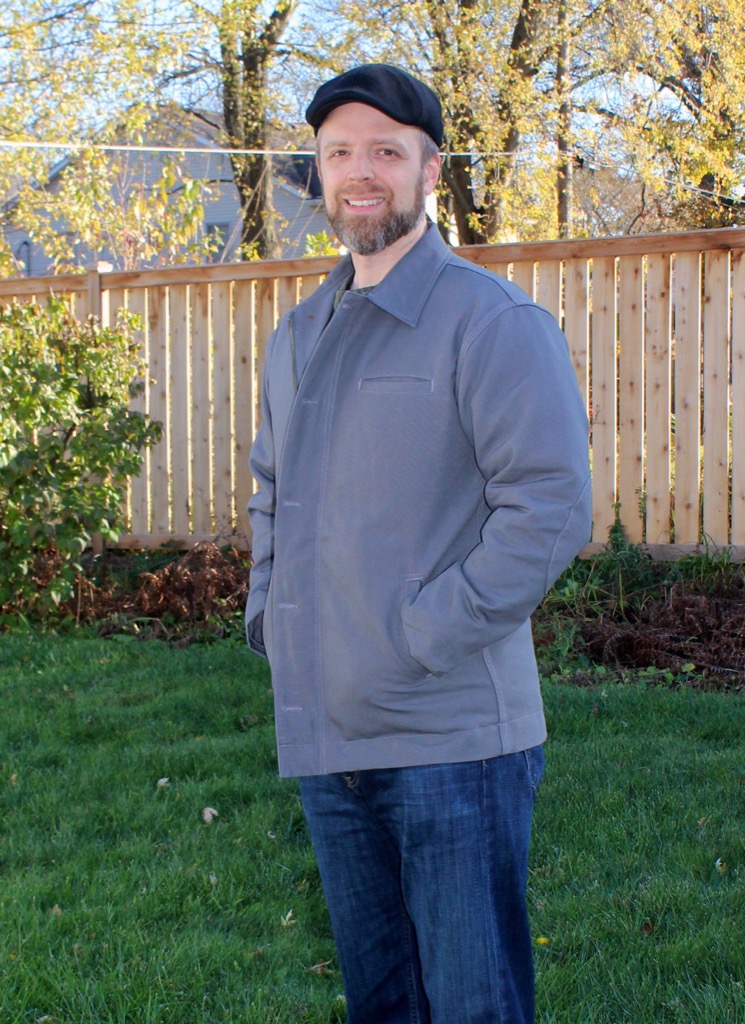 Oh, I did want to talk about the cuffs.  This can be tricky on a canvas coat like the Original Quarter Century Jacket.  I think they struck a good balance here, with the large, stretchy portion of the cuffs hidden under the folder over end of the sleeves.  This is a two-fold win.  First, it covers up that stretchy portion of the cuff (which I don’t like seeing exposed on coats like this).  Second, it forms a sort of pocket that gloves can tuck into, forming a nice seal against the colder weather. 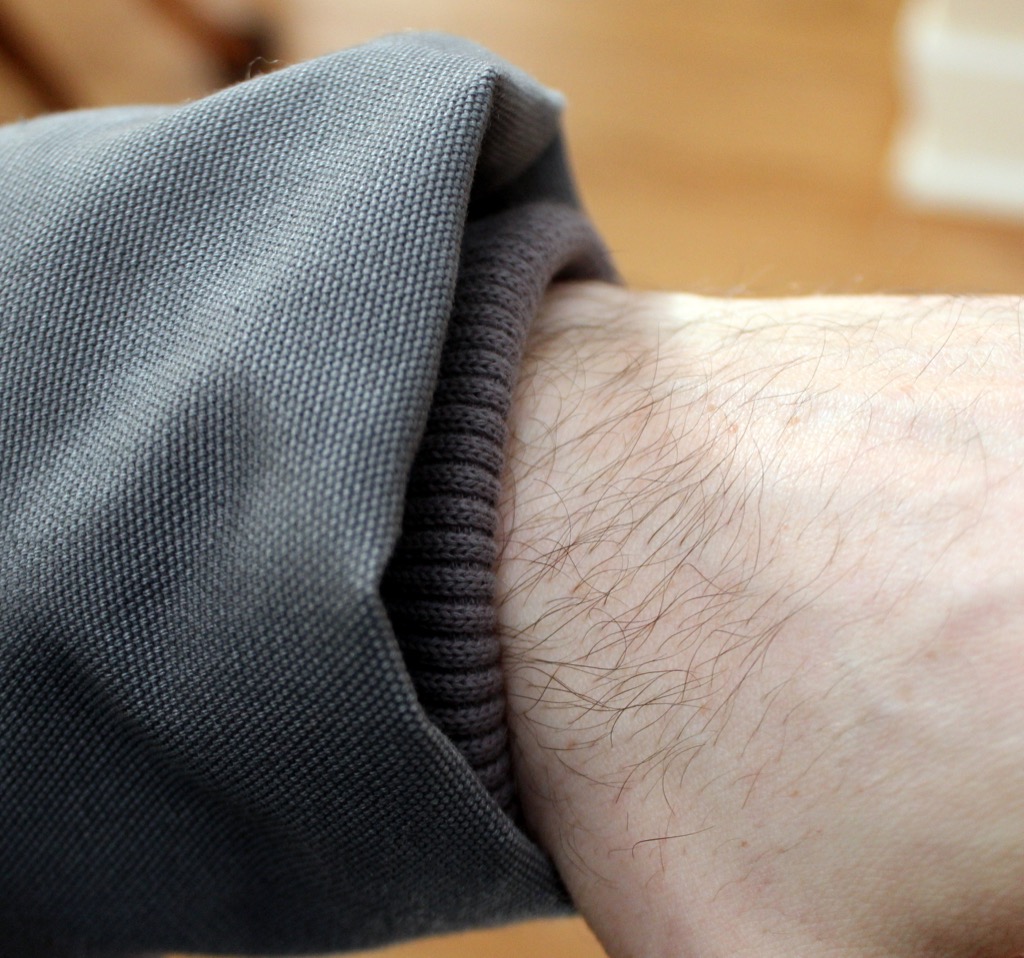 If you couldn’t tell from the review, I came out of my time with the $195 RPMWEST Original Quarter Century Jacket rather liking the jacket.  While it may not have any inherent waterproofing, that’s not something I would hold against it (and it’s something you could easily add yourself if you were so inclined).  If you’re not a fan of the grey version like we reviewed here, there are five other colors available.  Also, if you’d prefer something a little lighter weight, they do have that as well (using an 8 oz cotton twill) at $145.  Regardless of the path you go, these American-made jackets carry a 25-year warranty with them – something I doubt any other jacket in your closet can lay claim to.  rpmwest.com 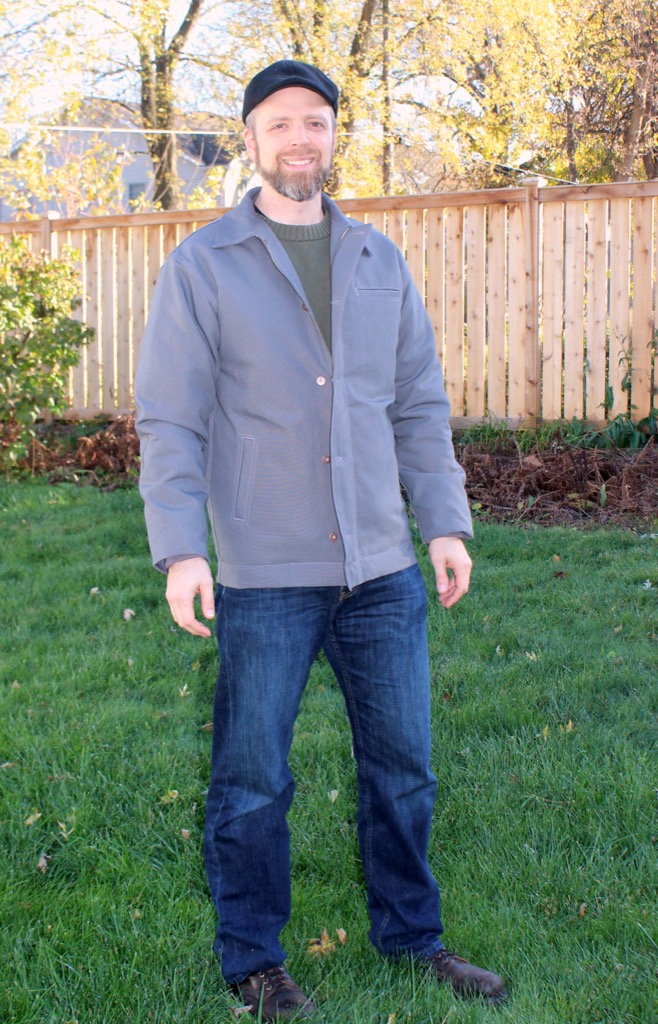