Ventus Black Kite, Black as Carbon – Because it is Carbon 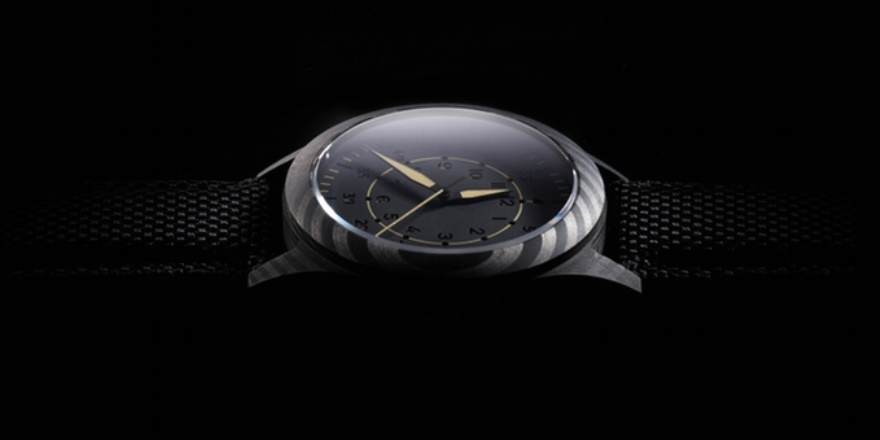 For me, that is not a bad thing, since the layering provides a pattern to the carbon fiber, almost like a Damascus steel.  The mottled look also has its charms, but I like this one better.  In order to seal the watch, the Seiko NH35 automatic movement is housed in stainless inner case.   the overall project looks very similar to the Caspian, right now to the sandwich dial construction with lume on the base layer.  I like the look quite a bit, though judging from the comments on the Caspian, I would not go with the vintage lume look.  The watch dimensions are the same, so I expect they are reusing the tooling from the first go-round for the dials, something that should make production go smoother (they did a B-Type dial to the A-Type if you prefer this style). The bottom line for me is that I think it is a really cool project and an excited with the new low-price mark (for what I have seen) for a good looking carbon case.  The company already has one watch project under their belts, so that is always a good sign, but this is a crowd funded campaign, so do your own research.  The funding closes on February 12, and they are way past their threshold, so this project will be funded.  Watch rewards are sitting at about $398 USD, with the early birds all gone.  ventuswatches.com